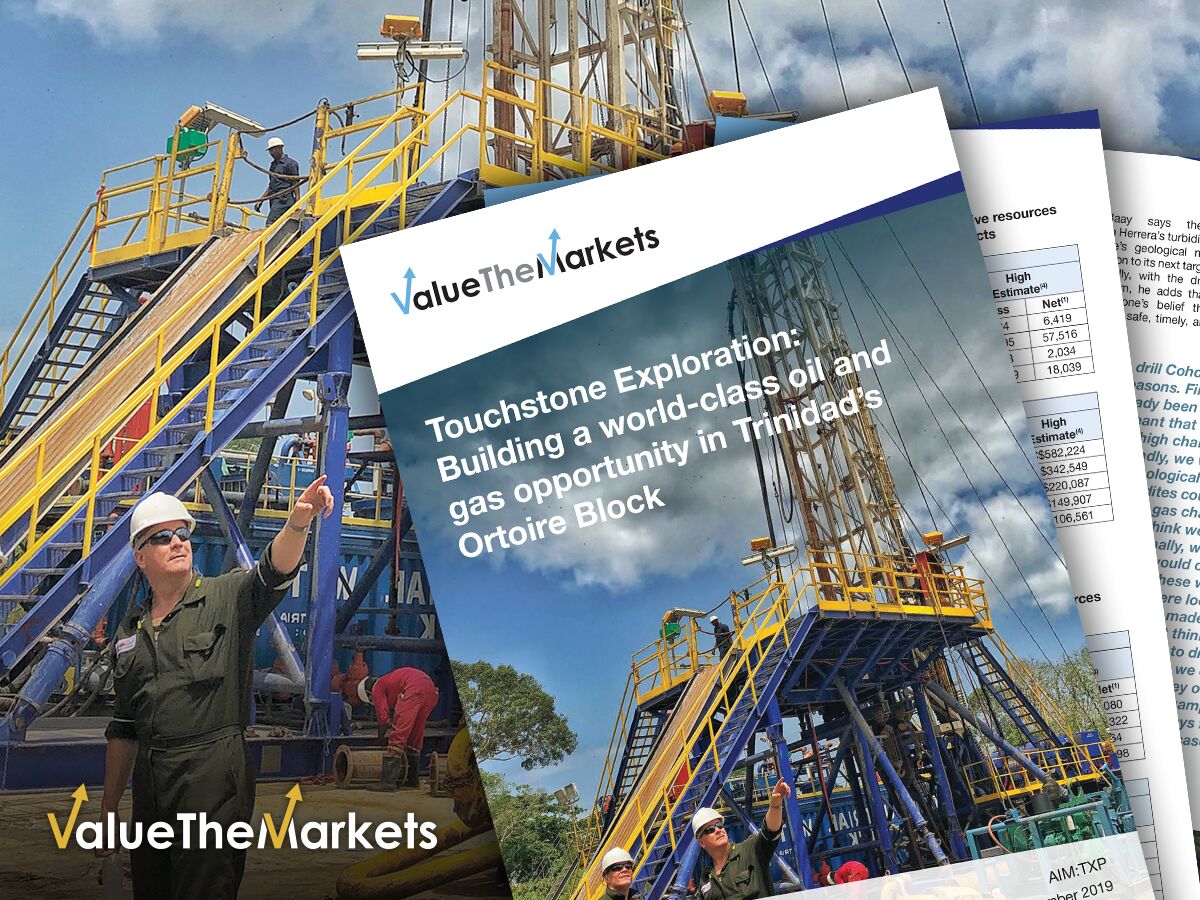 With a strong base of production in place, Touchstone Exploration (TSX:TXP & LSE:TXP) took a large leap forward on the exploration side of its operations in 2019 when it initiated drilling at its onshore Ortoire block in Trinidad. The company, which was Trinidad’s most active onshore upstream operator in 2018, believes that the 35,786-acre block could contain huge turbidite-based oil and gas reservoirs that have not yet been explored fully.

Touchstone’s belief was reinforced in January 2019 when GLJ Petroleum Consultants Ltd. (“GLJ”) evaluated three prospects the company had identified on the Ortoire block. The consultant estimated that the trio could house total risked recoverable contingent and prospective resources of up to 23,337Mboe (thousand barrels of oil equivalent) net. This equates to an NPV(10) of up to C$302.6m, far in excess of Touchstone’s £24.1m market cap in December 2019.

Following such an encouraging initial result, we have taken a deep dive into Touchstone’s efforts across the Ortoire Block and their potential for generating considerable shareholder returns.

To read our report in full, please click here.