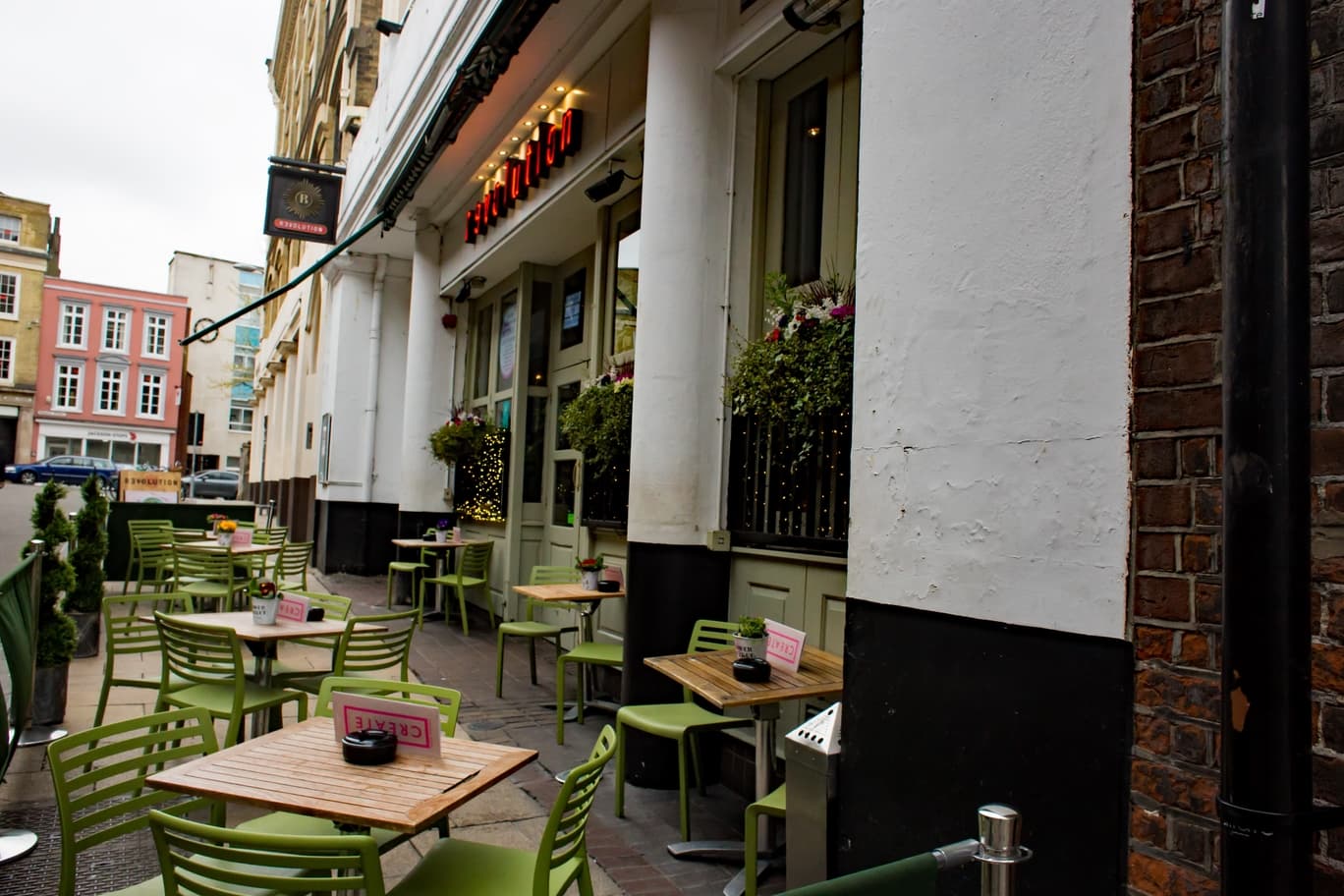 I have followed the fortunes of Revolution Bars Group (LSE:RBG) for a few years now. In 2017, the company shot up after receiving a takeover bid from Stonegate only to come crashing back down again when shareholders ultimately rejected the offer. I wrote about my AGM experience for ShareSoc, and I have kept an eye out for any news since then.

A trading update will be released this Wednesday and has the potential to be very interesting. Since the bid, a new management team has been put in place. I spoke to the CEO, Rob Pitcher, who gave me the impression that the train had well and truly come off the rails as a result of the Stonegate bid.

Recruiters were poaching key staff, people were promoted way over their heads, and the headcount was thinned. As well as all the corporate costs, this broadsided Revolution. But it could be turning around. As of yet, I have no position. However, that could change from the next update.

A recent Peel Hunt broker note for 100p pushed the stock up well above all its moving averages. Since then, the price has been forming a bull flag. I was expecting the stock to drop back, but this is bullish.

It is possible that the turnaround could be on. Like-for-likes have now swung back into positive territory, and the company is producing strong operational cashflow. The firm is not going to go bust anytime soon unless it runs into serious difficulties.

Given that Revolution is now managing its estate, closing loss-making units, and refurbing new units that are generating 40% returns, the next trading update will be very interesting.

The rollout is suspended for now, which is probably wise. CEO Pitcher said that the business had taken its eye off the ball, with the same team managing existing units and new units.  In future, he will create a new separate team to manage the rollouts, and this will mean one team is solely focused on the existing estate, with a new team focused on the new rollout.

One thing to mention is that IFRS 16 will potentially harm Revolution’s balance sheet, but – again – this does not affect existing cash flows. The business is now moving from stabilisation to consolidation – once that is complete and the cost savings are realised then the rollout will be funded from cash flow. The company is also expecting to pay down debt. This is also very sensible, as far too many companies leverage themselves silly for growth. Reasonable and consistent growth is much more preferable.

Many people have written Revolution off. However, prices move for two reasons:

Nobody ever really knows what is priced in. However, Revolution chart suggests that very little is currently being priced in. The implications of this could be very exciting.

EQTEC unveiled it had acquired and intends to recommission a waste-to-energy plant in Italy, a plant powered by the company’s own technology.

Are inflation risks a real concern or nothing but hype?

Inflation concerns are making investors nervous. Is this something to worry about or simply a temporary spike that will soon sort itself out?