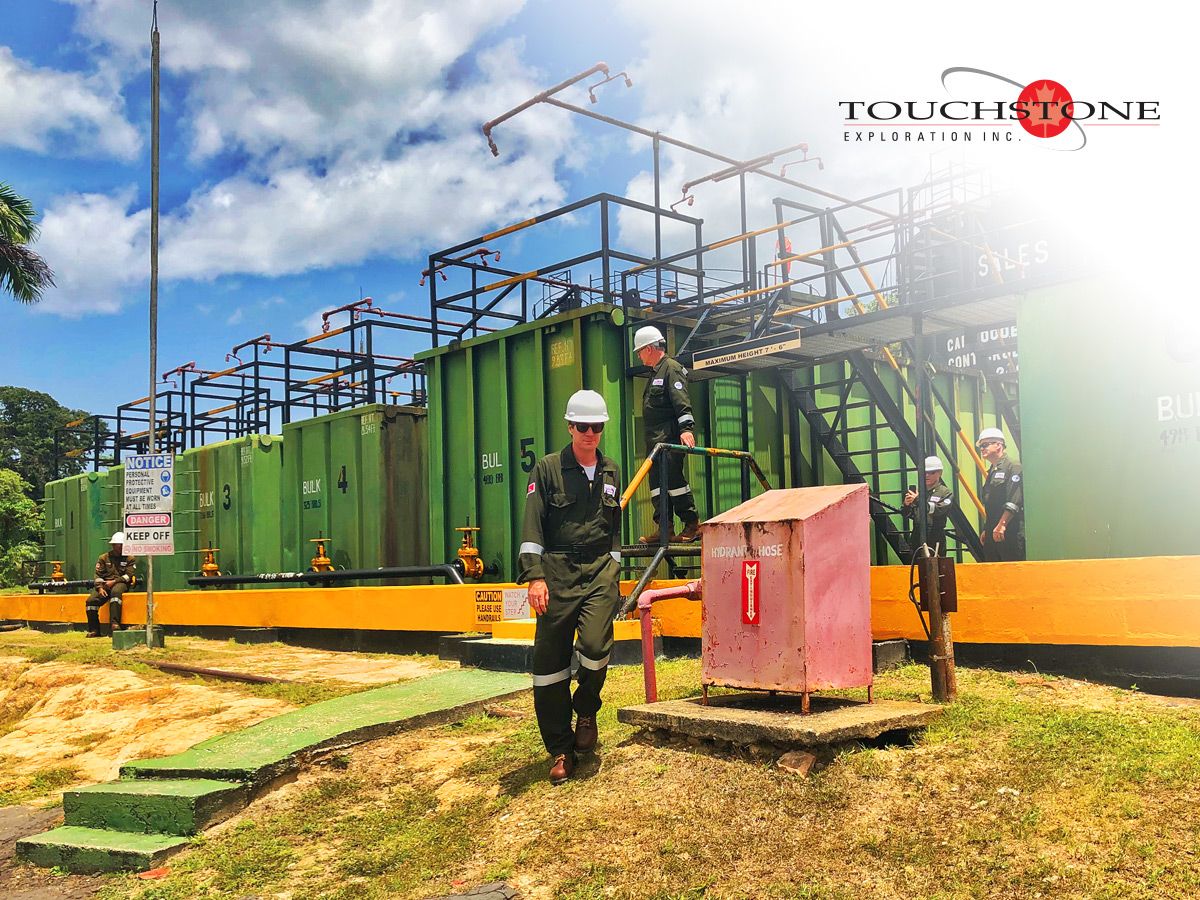 Touchstone Exploration (LSE:TXP) powered forward on Wednesday after revealing that its Cascadura discovery in Trinidad has given it a “clear path” to 10,000 barrels of oil equivalent a day (“boe/d”) production.

The firm was trading 10% higher with a £54.1 million market cap as investors reacted to the news that the second round of well tests on the discovery had delivered combined average production of over 10,600 boe/d. Speaking to ValueTheMarkets, Touchstone’s president and chief executive officer Paul Baay noted that this figure exceeds the company’s entire existing reserve base.

Cascadura is the second discovery made by Touchstone at its highly prospective Ortoire block on the east of Trinidad and delivered an average flowback rate of 5,157 boe/d during initial testing in February. It follows the Coho well, where modelling has supported initial production rates of 1,667 to 2,000 barrels of oil a day (“boe/d”) gross.

To put these figures into context, Touchstone’s average oil production sat at 1,729 barrels a day (“bbls/d”) in the three quarters ended 30 September 2019.  The massive boost that the two discoveries could drive has not gone unnoticed by the market, with Touchstone’s share price currently 77.3% higher than it did at the beginning of the year.

Touchstone now expects to recover downhole pressure recorders for the second round of work in around one month. Pressure data and geophysical mapping will then be used to define resource potential with a higher degree of certainty.

Baay told us the firm’s focus is now on getting Cascadura into production as quickly as possible to capitalise on the huge domestic demand for natural gas in Trinidad. He said Trinidad has aggressively established a world-class base of industries reliant on natural gas production, with the resource accounting for more than 90% of the domestic energy sector on a boe basis. However, due to shrinking supply over the years, there is now a notable shortage of gas, with new production and reserves in high demand.

“There is a very large industrial component on Trinidad, which is the main use for natural gas. It can only be sourced on the island or from offshore production coming onshore,” he said. “The island is short of supply at the moment, so there is lots of room for us to sell into the domestic market. Although we do not have any agreements in place yet, it looks like the indications are that the price is somewhere in the $3 range per thousand cubic feet.”

Due to the sheer size of Touchstone’s volumes, Baay said the company would have to build its own pipeline from Cascadura to tie it into the domestic sales network. As such, he expects production to begin towards the end of 2020 or early next year.

Elsewhere on Wednesday, Touchstone said it has completed its survey of the pipeline required to tie-in the Coho-1 dry natural gas discovery and is awaiting local contract bids for construction.

Meanwhile, the firm is close to completing construction of the surface location and access road for Chinook-1 – its third Ortoire exploration prospect. The Chinook well location is around one kilometre south of Cascadura and is targeting hydrocarbons from the same horizon. This is expected to spud in the second quarter of 2020.

Last week saw Touchstone reveal an increase in its 1P and 2P reserves in an independent evaluation based on its expected results for full-year 2019. The report, which was prepared by GLJ Petroleum Consultants, showed a 6% increase in 1P reserves to 11,840 million barrels of oil equivalent (“Mboe”) and a 14% rise in 2P reserves to 22,056 Mboe.  Meanwhile, the firm replaced annual production by 193% on a 1P reserves basis and 519% on a 2P reserves basis.

All of this equates to a realised after-tax 1P NPV(10) of $83.7 million, up $4 million on the previous year, and a 2P NPV(10) of $153.9 million, a 6% year-on-year jump. The results are the first to include reserves associated with Ortoire. Specifically, they encompass Coho but do not cover Cascadura, as the discovery was made in 2020.