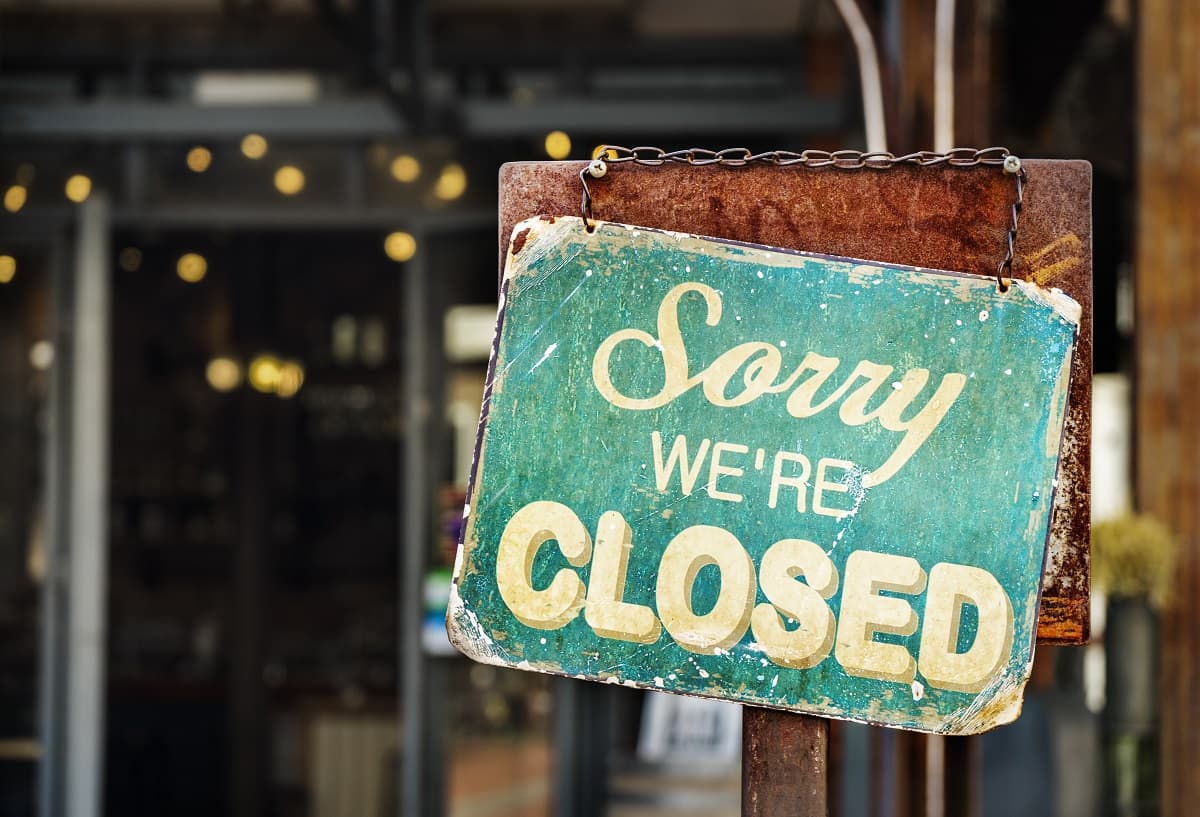 The 2020 stock market collapse will claim few larger victims than Airbnb. The short-stay operator has disrupted the travel and tourism industry ever since it first appeared in 2008, growing a base of 150 million users offering private apartment and room rentals in 65,000 towns and cities worldwide.

12 years of rampant growth as a private company later, and here we are. Over $4.4 billion raised from funding rounds. It was last valued in 2017 at $31 billion, and by late 2019 analysts had pegged Airbnb shares to launch publicly with a valuation of $42 billion.

Now the IPO market has collapsed in spectacular fashion. Investors have gone risk-off, and are fleeing anything that looks remotely speculative.

America’s VIX Index — often called the Fear Index — has hit record highs this week, beyond anything we saw during the 2008 financial crisis. It is touted as a measurement of how volatile investors believe markets will be in the next 30 days, implied by options on the S&P 500.

VIX hit an all-time high of 82.3 at the closing bell on Monday 16 March. For reference, the highest the VIX ever went during the 2000 dotcom bubble was 42.2. During the total banking system collapse of 2008, the Fear Index hit an all time high of 79.1.

We should have seen it coming, I suppose. Valuations had become totally disconnected from reality.

Airbnb was founded by a 37-year-old former designer called Brian Chesky, who came up with the idea for peer-to-peer apartment rentals after struggling to find a hotel room in San Francisco for a conference.

Things started slowly for the new company. It raised $600,000 in seed funding in 2009, but as the potential and rapid growth of the service became clear, Amazon founder Jeff Bezos stepped in to add $112 million of venture funding in 2011. More funding rounds followed, including $1.6 billion in 2015 and $1 billion in 2017.

Even before the coronavirus outbreak, investors were becoming deeply suspicious that IPOs were not really a great way for retail investors to get a slice of a major growth story. Instead, vastly inflated IPO prices were actually just a way for preliminary investors to recoup their billions of dollars in early investments.

The WeWork debacle is perhaps the best marker of this upward spiral. In August 2019, the company filed its S1 paperwork with an intention to go public at an incredible $47 billion valuation.

Intense scrutiny of the company’s business model and earnings followed, a process that led to the ousting of its wacky founder Adam Neumann. The filling with the SEC revealed some scary stuff behind the veneer of success. The company had loaned millions to Neumann and entities controlled by him. WeWork was also losing almost exactly as much as it brought in in revenue. 2016 saw a $429 million loss on revenues of $436 million. The following year, the company lost $890 million from $886 million in sales. In 2018, it lost $1.6 billion from $1.8 billion in revenue.

The Wall Street Journal blew the lid off this unusual case by reporting that Neumann cashed out $700 million of stock options in his own company before the planned IPO. Founders will normally do the decent thing and at least wait until IPO day before dumping their stock on the market.

Uber (NYSE:UBER) and Lyft (NASDAQ:LYFT) both went public in 2019 but now trade around 50% below their IPO prices.

Companies unlucky enough to have scheduled IPOs just after the great 2020 stock market collapse have not performed well. Times of India reports that SBI Cards went into public subscription between 2 March and 5 March. Shares are now trading at an immediate 13% discount to the IPO price.

The payments firm is 74%-owned by India’s largest commercial bank, State Bank of India, with 26% of shares held by US private equity giant Carlyle Group.

Airbnb is particularly vulnerable to the economic and health policy shocks of the coronavirus outbreak.

On 28 February the short-stay operator updated its terms and conditions for “extenuating circumstances”. Hosts and travellers affected by flight bans or border restrictions will no longer face penalties for dropping out of bookings.

Airbnb hosts are panicking. As the bottom drops out of the travel industry, Airbnb could see millions of rooms taken off the market.

Airbnb also thrives on conferences and events, most of which have now been cancelled indefinitely in the face of the coronavirus outbreak. The list just keeps getting longer.

Apple (NASDAQ:AAPL), Microsoft (NASDAQ:MSFT) and Dell (NYSE:DELL) have all postponed or moved online, Google’s I/O developer conference, the huge Los Angeles games conference E3 and South By Southwest in Austin, Texas. All would bring tens of thousands of outside visitors to towns and cities, desperate for Airbnb rooms for just a few days or a weekend.

In the UK, Ryanair (LSE:RYA), easyJet (LSE:EZY), and British Airways owner International Consolidated Airlines (LSE:IAG) are all grounding the vast majority of their planes, for how long nobody really knows. As of Monday 16 March, the US airline industry is now seeking a government bailout worth $50 billion.

And as more travel and tourism companies grind their operations to an abrupt halt, the problem is only going to get worse.

It is a reckoning of epic proportions. Cities have been struggling to find enough long-term rentals for the people who really need them. Rates are sky high and with so many rooms turned into Airbnb short lets, capacity is at an all-time low. It seems the disruptive company has disrupted too much. It has certainly broken housing markets.

Canadian economics reporter Matt Lundy tweeted: “Airbnb hosts are freaking out right now. In a Facebook group for Toronto hosts, one said: ‘I quit my full-time job to do [Airbnb] full time last May. I have 4 units and they have always performed at 90% occupancy or higher until now’.”

Sympathy from locals is in short supply. Real estate speculators who bought up all the available long-term housing to take it away from renting families in order to run hotel rooms operating in a regulation-free grey area are suddenly vulnerable? Well woe is me. Let me reach for my tiny violin.

One wag replied: “If only there were some way they could secure a long-term agreement to let a consistent, non-transient group of people live in these spaces in exchange for some sort of set monthly fee? A ‘rent’ if you will?”

It is ironic, really. That first seed of Airbnb’s idea, for local homeowners to rent out their rooms to businesspeople because hotel rooms were full? This collapsing market could be the very thing that postpones its IPO indefinitely.