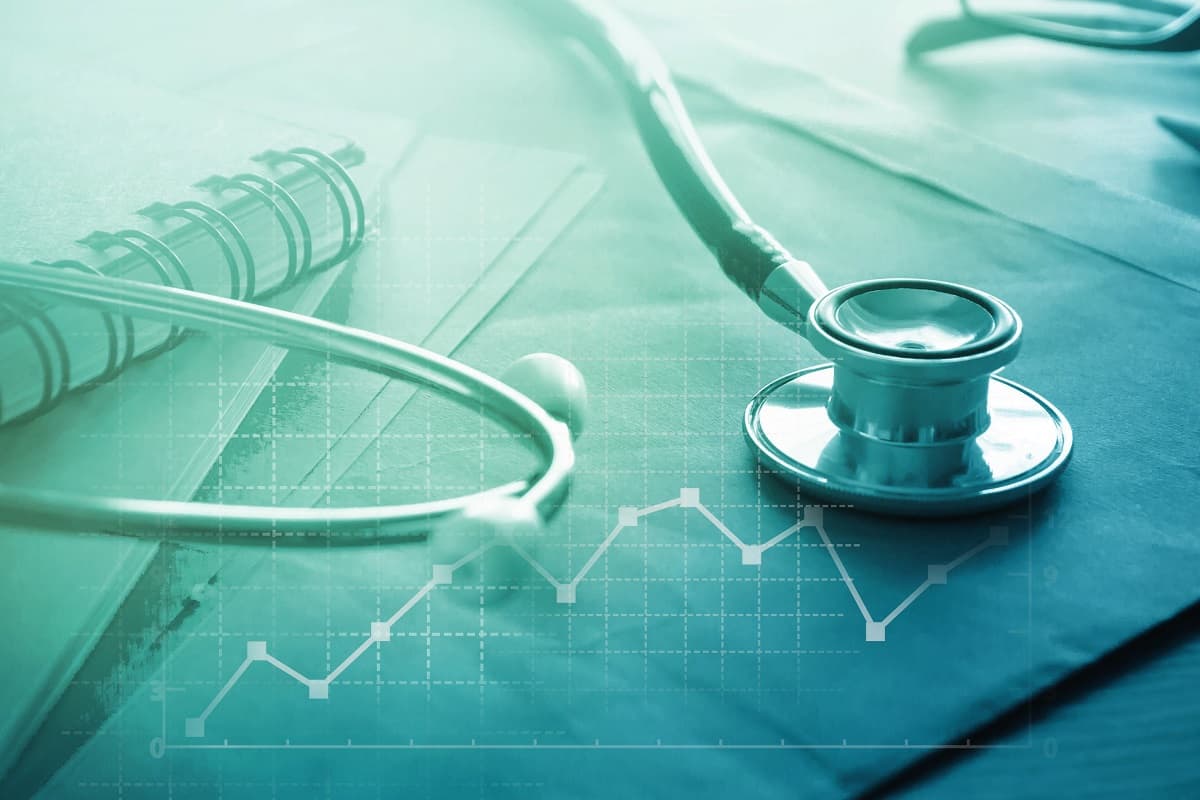 The 2020s will be the decade of healthcare and biotech. The coronavirus pandemic has exposed giant gaps in the necessary supply chains to control and manage outbreaks and the world is now faced with harrowing numbers on a daily basis. As I was writing this, 735,005 people had been infected in the novel coronavirus pandemic, but that figure is likely to be out of date and far higher by the time you read this article.

That healthcare budgets will be ramped up exponentially after the pandemic ends is not even up for debate. The coronavirus will forever alter the government psyche — both here in the UK and all over the globe. The fact that the US President has suggested that 100,000 American dead would represent his administration doing “a very good job” is evidence enough that system-wide resilience needs to dramatically shift.

Medical workers consistently report being largely abandoned to deal with this gigantic outbreak on their own.

Individuals failed by a lack of government preparedness are having to take matters into their own hands. One Facebook group set up by a UK nurse has attracted 10,000 members and calls for volunteers to sew together new scrubs uniforms for frontline healthcare workers in hospitals in England, Wales and Scotland.

Business Insider reports that during its outbreak, 3,400 Chinese healthcare workers were infected with SARS-COV-2, the disease caused by Covid-19. Thirteen died. To what extent the Chinese government can be relied upon to accurately report figures is heavily disputable given its track record of suppression and horrendous treatment of coronavirus whistleblowers.

Elsewhere, the countries most heavily affected by the pandemic have similar figures. At least 50 doctors in Italy have died to date after being exposed to the virus. Filippo Anneli, president of the national association tracking the figures told The Independent: “It is reasonable to assume that these events would have been largely avoidable if health workers had been correctly informed or equipped with sufficient and adequate [personal protective equipment], masks, gloves, disposable gowns, protective visors — which instead continue to be in short supply in the midst of an epidemic to which even Italy had declared itself reads only up to two months ago.”

Industrial and worker safety equipment manufacturers, then, are likely to get a large boost after the pandemic ceases.  A 2019 article published in the peer-reviewed Journal of Toxicology points out that while respirator masks are “designed to protect the wearer from the environment”, surgical masks and N95 masks are designed to “filter viruses and bacteria and dust”.

3M (NYSE:MMM, the largest manufacturer of carbon filter N95 face masks would therefore seem to be a sensible investment.

In the US, the influential New York Times wrote recently on how the world’s richest country ran out of cheap face masks, calling it “one of the more disturbing absurdities in America’s response to this pandemic”. The US secretary of health, Alex Azar, has testified to Congress that the country had only 40 million masks in its stockpile, approximately 1% of the national need.

That is not to mention the lack of supply of ventilators, a controversy which has become the subject of a desperate running battle between President Trump and frantic state governors.

New York State governor Andrew Cuomo, now at the epicentre of the US coronavirus outbreak, said in a public address: “Ventilators are to this war what missiles were to World War Two.”

While auto manufacturers including GM and Ford have now been temporarily drafted in under 1950-era wartime legislation, there are several major medical ventilator manufacturers who will be the first to benefit from a wholescale supply review as the coronavirus pandemic continues.

They include Philips (NYSE:PHG), Hamilton Medical and Dublin-headquartered Medtronic (NYSE:MDT). The last of these, the world’s largest medical technology equipment manufacturer, has attracted the attention of Elon Musk, and told the market that it had increased its ventilator production by 40%. CEO Omar Ishrak tweeted on 20 March that it faced “unprecedented demand” and was on track to double its weekly output in the near term.

As with coronavirus tests, the ability to scale is very important. Smaller healthcare minnows will simply not have the capacity to ramp up production and fulfil potential contracts, especially at a time when skilled workers on site are at an absolute premium.

UK investors may be interested to note that Apax Global Alpha (LSE:APAX), a FTSE 250 closed end fund, bought a 100% stake in Vyaire Medical, the respiratory care arm spun out from $60 billion US giant Becton Dickinson (NYSE:BDX).

With access to the investments of private equity firm Apax Partners, that fund is now looking like a solid long bid.

A 2018 report into the size of the global ventilator market suggested the sector was highly fragmented with no clear leader. Pre-outbreak, the largest use of ventilator equipment was for patients with respiratory illnesses like chronic obstructive pulmonary disorder (COPD). That market was slated to increase at a compound annual growth rate of 7.8% until 2025. The pandemic now suggests those figures are woefully underestimated.