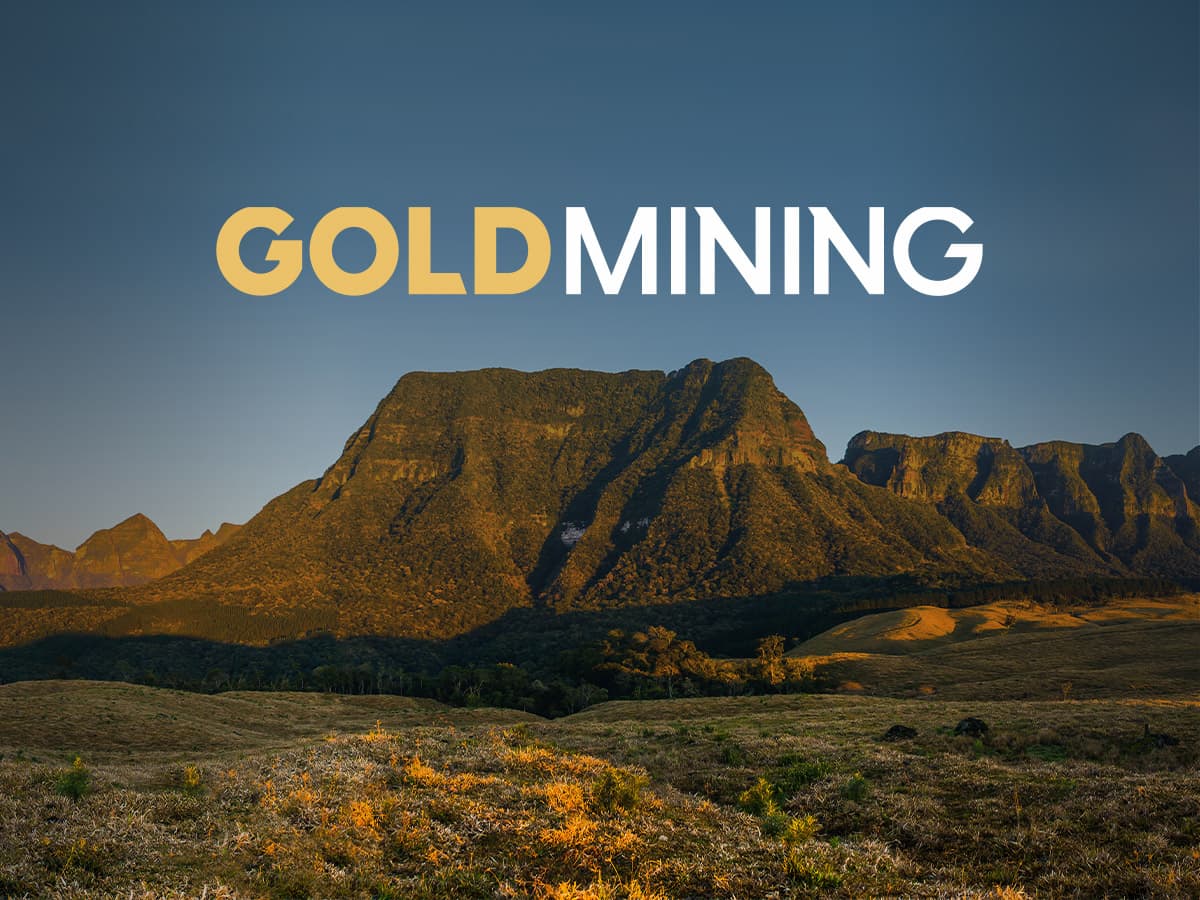 Buying undervalued assets and selling them when they’ve accumulated value is the principle rule of investing, but being good at it is not as easy as it sounds. Amir Adnani is a man who puts his money where his mouth is and has carried this off with spectacular timing to leverage the 2020 bull run on gold. Chairman and Founder of GoldMining Inc (TSX:GOLD | OTC:GLDG), Adnani spent the recent bear market creating an enviable portfolio of underrated assets. He was buying them up when gold was trading below $1,300 an ounce. The result being Amir has put together an incredible portfolio of assets for GoldMining, with aggregate global measured and indicated resources of 11.4 Million oz gold along with inferred resources of 13.8 Million oz gold.

This is one reason investing in GoldMining looks an exciting proposition, but it also has many other factors going for it too. Chiefly, its subsidiary Gold Royalty Corp, which is aligned with some top industry names preparing to bring substantial value to shareholders.

A bull run on gold

The Gold mining sector has seen a boom in recent months and when the price of gold punches through 2000 again it is likely to see another significant rise.

Despite it’s September plateau, many of the greatest names in gold mining and investing remain extremely bullish on the price of gold and have even projected astronomical highs. Jim Rickards, Ray Dalio, Frank Giustra and Ross Beaty are all predicting much higher highs for the precious metal. Even Warren Buffett, who has always been vocal in his dislike of gold has recently taken a stake in Barrick Gold through his investment company Berkshire Hathaway.

So at the risk of ridicule, why would these prominent individuals publicly declare a bullish stance on gold if they didn’t have a strong reason for their certainty? The reason is the growing likelihood of a weak US dollar. The pandemic has created an unprecedented level of quantitative easing, printing money like there’s no tomorrow. This can only go on so long, the US debt is accumulating at a crazy pace and this will at some point have to be paid back. Which points to a much higher gold price as investors rush to buy gold as the safe-haven asset it’s famed to be.

An alternative to buying physical gold is to buy shares in gold mining companies. GoldMining Inc is one such gold mining company that gives its shareholder’s the recognition they deserve. It’s been operating for 10 years, building its lucrative portfolio in preparation of a higher gold price. More recently it’s created a subsidiary (without diluting equity), which acts as an additional income stream for shareholders, further incentivising people to invest. This subsidiary is called Gold Royalty Corp and is headed up by mineral magnate David Garofalo. He is a man with experience, vision and a love of mining. He is the former CEO of GoldCorp, where he was until its merger with Newmont in 2019. Following a 30-year career, which includes his personal involvement in the construction of 12 mines, Garofalo has moved to become the Chairman and CEO of Gold Royalty Corp, as well as Advisory Board Member to GoldMining.

The royalty piece of the mining sector is not particularly well known or understood, but it’s a brilliant way to help mining companies forge ahead with conviction, while simultaneously generating returns for shareholders and boosting returns for the companies funding the seed capital.

The gold royalty company provides the miner with the money it needs, in return for a guaranteed fixed price on its metals, a percentage of the mine’s production, or revenue. This agreement is expected to last throughout the entire lifetime of the mine’s production, and as a mine’s life-expectancy can often grow, this also provides added value to the royalty company. The biggest benefit to the royalty company is that it enjoys direct exposure to the price of gold, but without capex or operation costs and much reduced risk. It appeals to the miner because they don’t have to begin repayments immediately. Creating a win-win scenario for all parties involved.

During the recent bear market, gold production declined, but now that it’s in demand again, mining companies need money to build out and construct their mines. Here’s where the Royalty companies step up to the plate and act like a banker, but with fewer constraints. The companies providing the money to the Royalty company have market capitalizations on a much larger scale than the miners they’re investing in, and that’s why they can afford to stump up the cash.

How can retail investors benefit from Gold Royalty Corp?

Intended Gold Royalty Corp royalties will vary between 0.5% and 2% per project. In layman’s terms, the truly exciting part of this for shareholders is that if GoldMining sells one of its projects, the shareholder will still retain royalties on that project and will continue to generate revenue even while it’s being developed by its new owner. Royalty investors like diversification, large exposure and exposure to upside. GoldMining can offer all that.

GoldMining’s purpose is to cheaply acquire high-quality assets then sell them at a significant profit, or partner with other experienced businesses to develop their gold projects, thereby achieving further value for shareholders. It has no debt, which puts it in a privileged position when compared with many of its peers.

Royalties is a very competitive space just now, but Gold Royalty Corp has the benefit of GoldMining’s hard work spent building its diversified portfolio over the past decade. Its end goal is to unlock added value for shareholders by liberating Gold Royalty Corp. This could be through a potential spin-off, initial public offering, sale, merger or any other economically enticing way to leverage cash and boost shareholder value. All-in-all, it’s a value creation opportunity which is going to come back to you as a GoldMining shareholder.

What’s so great about GoldMining?

In addition to its significant revenue play in Gold Royalty Corp, GoldMining owns 14 exciting projects. Seven of them are in Brazil, three in Colombia, three in North America and one in Peru. These are relatively safe jurisdictions with infrastructure in place.

Its Colombian assets are situated on the high-volume Mid-Cauca gold belt. This is not far from FenixOro Gold’s Abriaqui project, which is also on the Mid-Cauca gold belt. GoldMining’s most exciting asset is arguably its Titiribi project in Colombia, which was previously owned by Tom Kaplan’s NovaCopper group.

Amir Adnani bought Titribi for just over $13 million, which was an incredible bargain. Prior to purchase, over $50m had already been spent on developing it. There would be no chance of a deal like that in today’s exhilarating gold climate.

So, to sum it up, GoldMining looks an exciting investment because it has 14 excellent assets, bought and paid for when the price of gold was under $1300 an ounce. Its subsidiary Gold Royalty Corp is being run by an industry legend who would not be getting involved in anything less than profitable, and the company has no debt.

At the time of writing GoldMining’s share price is up 130% year-to-date. It’s seen a slight-pull-back as the price of gold slipped in September, but if you believe the bull run on gold has much higher to fly, then a pull-back is always a great time to get a bargain on your investments. Buy the dip!