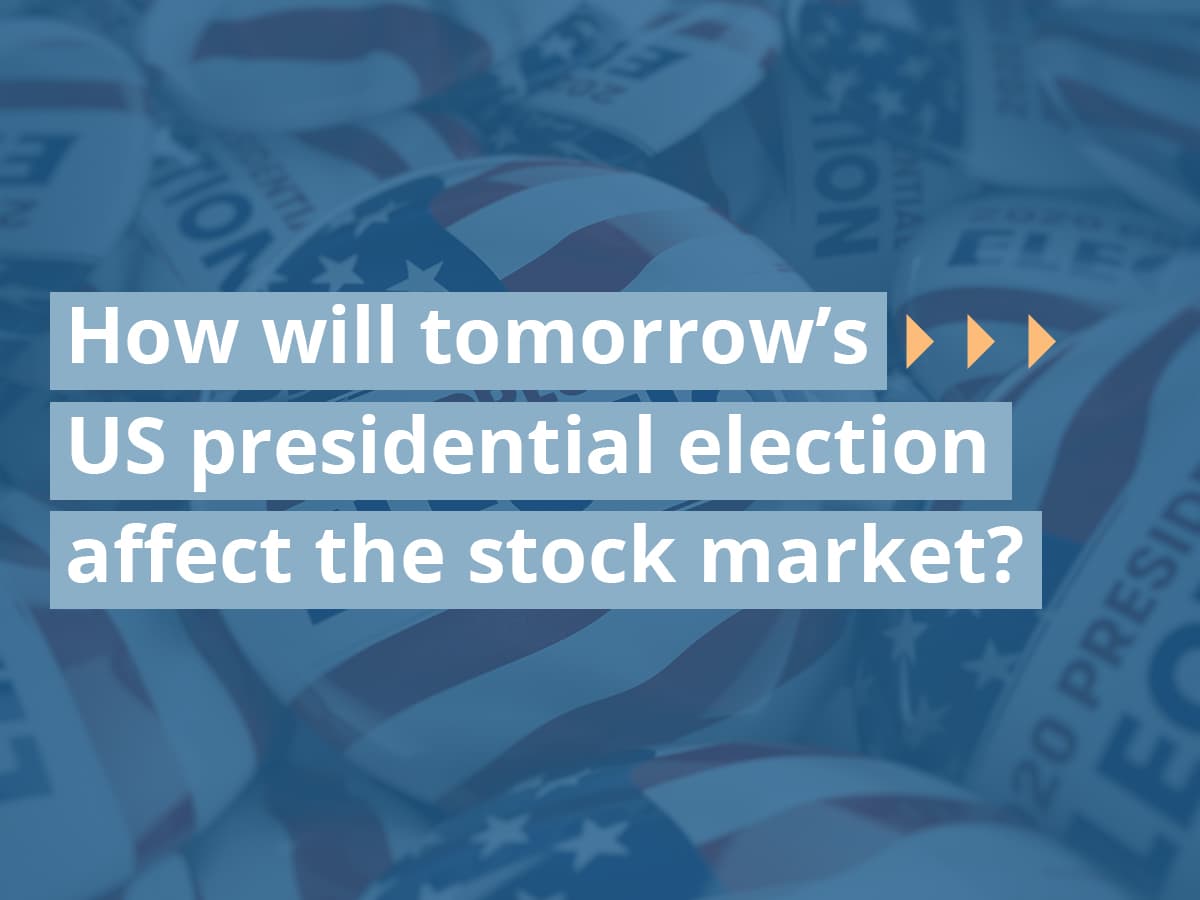 History cannot predict the future, but studying the past can provide statistical guidance as to how best to navigate impending events. How else does society learn from its mistakes and progress? That’s why, when considering how the US election’s result will affect the US financial markets, it’s worth looking at what happened in the past.

Between 1964 and the present day, there have been 14 elections. According to The Hustle, in collaboration with analytics firm Toggle AI, the S&P 500 financial index fared better when a president took a second term, than when changing to a new leader. Perhaps this is common sense because one thing the stock market detests is uncertainty and when a new leader takes office, uncertainty abounds.

No matter what promises they have made on the campaign trail, everyone knows the reality will not accurately reflect the changes pledged and even if they do, it will all take time. So, the aftermath of a presidential race undoubtedly leaves volatile aftershocks followed by a bit of a lull in the markets.

When the winning party was a president serving a second term, the S&P 500 saw stock gains in the double digits a year later. During the past 14 elections, seven of them included this scenario and six of them witnessed double digit gains averaging 14.4% after a year. The one occasion that didn’t achieve this was Richard Nixon’s second term in 1972. Following each of those seven occasions, the stock market had risen 3-months after the election, averaging a 5.7% gain.

This is all speculative and based on a small sample, it also shows an equal split of seven wins for each party, thereby not providing much predictive power to tomorrow’s results.

This chart shows how investing in the S&P 500 has generally grown since 1935, no matter who’s been in power.

Trump’s win in 2016, was largely unexpected and as the votes were being counted and his win became increasingly apparent, the S&P 500 fell over 5% in pre-market trading, causing a circuit-breaker to trigger and momentarily halt trading. But a day later, the index had revived and the S&P 500 was up over 1%.

In a recent interview, Dan Clifton of Strategas Research Partners, said that historically, all bar one president who didn’t endure a recession during the two years prior to re-election, went on to win his seat. He also believes the stock market performance on the run up to an election can be a very strong indicator of who will win. When S&P 500 returns were positive during the three-month run up to votes being cast, it resulted in re-election, whereas the opposite was true when the S&P 500 suffered losses during this time.

A well-functioning and stable economy often bodes well for a second term, which is not particularly encouraging for Trump’s chances given the state of the US economy today. Considering the entire world is facing the same crisis, it’s an ongoing issue that either party will have to contend with whatever the outcome. We don’t have long to wait and find out.