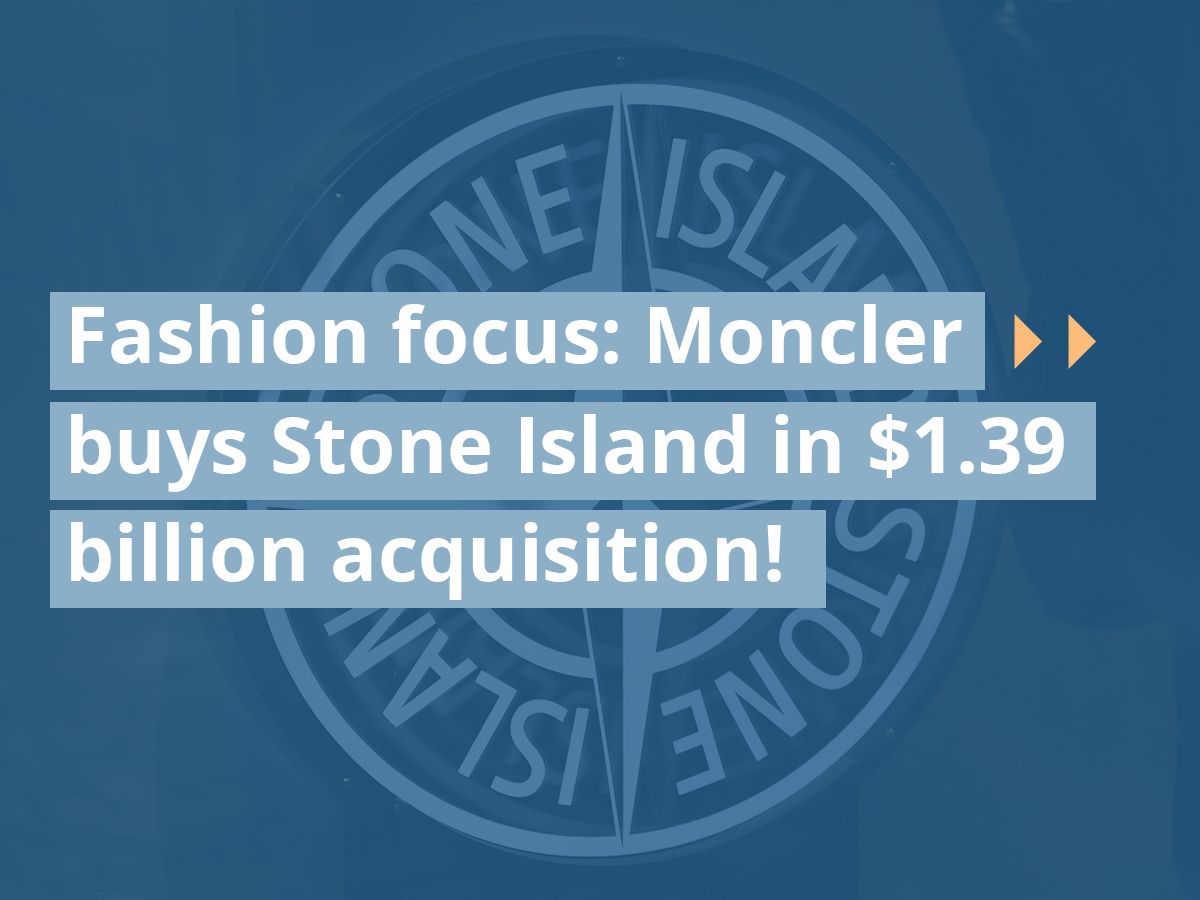 Italian designer clothing brand Stone Island has just been snapped up by Italian winter wear’s favourite Moncler SpA (BIT: MONC). While some retailers are winding up operations and slipping into administration, others are seeing an opportunity to expand. Designer goods are selling surprisingly well this year, and many analysts think 2021 will see massive recovery in the sector.

Last month we discussed how exclusive streetwear brand Supreme was acquired in a $2 billion deal by VF Corporation (NYSE: VFC). Now it’s the turn of Stone Island, which is being acquired by Luxury Italian group Moncler for $1.39 billion.

BEYOND FASHION BEYOND LUXURY
STONE ISLAND JOINS MONCLER
Moncler and Stone Island announce today that they have reached an agreement as a result of which Stone Island joins Moncler to develop together a new shared vision of luxury.

A quick history of Stone Island

Family owned Stone Island was founded in 1982 by Massimo Osti. In the prior years, he’d created an unusual fabric that went onto become an integral part of Stone Island’s popularity. The Tella Stella fabric is a tarpaulin like weight, heavily stonewashed and dyed in a variety of colours. In 1983 Carlo Rivetti, the current CEO and owner of Stone Island, bought his 50% stake in the company. In the ensuing years, the brand enjoyed increasing popularity. Inspired by both the military and traditional workwear, the pair created innovative new jacket designs with unusual features. For instance, a color-changing jacket that responds to temperature through its liquid crystal coating and a reflective jacket coated in a thin layer of glass.

The brand’s popularity spiked in the nineties as English football hooligans embraced it. The founder left the company in 1994. In 2009 the brand began collaborating with others such as Adidas and then Supreme in 2014. The Supreme collab caught the eye of rapper Drake, who loved it and became a major fan and unofficial ambassador of the brand. This transitioned it away from the hardman image of football thugs to the trendy streetwear image popularised by sports brands. And Drake’s fan base was a boon to Stone Island, increasing its popularity stateside.

CEO and owner Carlo Rivetti still owns just over 50% of Stone Island, and his family owners own an additional 19.9%. Skiwear-turned-fashion-brand Moncler is buying it from them in cash. It is buying the other 30% from Temasek, which also has a small stake in Moncler. All parties are being offered the same terms, but Temasek also has the option of taking newly issued Moncler shares for up to 50% of the cash consideration.

Chairman and CEO of Moncler, Remo Ruffini said: “We are coming together at a challenging moment both for Italy and the world, when everything seems uncertain and unpredictable but I believe it is precisely in these moments that we need new energy and new inspiration to build our tomorrow,”

Streetwear is proving a force to be reckoned with

What the Moncler and VF Corp. deals signify is the arrival of streetwear in a world of its own. No longer simply cheap and cheerful clothes for skaters, tradesmen or football fans. These brands cover all manner of outdoor pursuits, but in a trendy, designer way that makes even the laziest youngsters look cool. The streetwear market has an estimated value of $50 billion and is expected to enjoy double-digit sales growth by 2024.

VF Corp now owns Supreme, along with The North Face, Dickies and Vans, but this isn’t stopping Supreme taking part in its exclusive collaborations with other popular brands. These surprise drops are what keeps it in demand. Customers love it, and they’re often oversubscribed in next to no time. Supreme just joined forces with Stone Island last month, when they dropped another sell-out collection. They’ve been partnering on occasion since 2014, and their limited-edition outerwear remains as popular as ever.

This latest collab features both Supreme’s logo and Stone Island’s compass. Pieces include hand-painted shearling jackets, which have become one of Stone Island’s signature edits, as well as wind-resistant crinkle down jackets in camouflage print. There are also corduroy jackets, hoodies and some of Supreme’s quirky accessories, such as a glow-in-the-dark balaclava and swimming goggle inspired sunglasses.

Dual branding opens up potential buyers to a much wider audience. It also gives a unique spin to a garment, but keeps it exclusive and therefore highly profitable. Despite the economic uncertainty facing the world, designer streetwear is on the up, with social media the perfect place to showcase and drop their latest offerings. Emerging markets are bringing youth and wealth, hungry to add the coolest fashion garb to their image streams. Both Stone Island and Supreme look to be headed for several years of continued growth ahead.