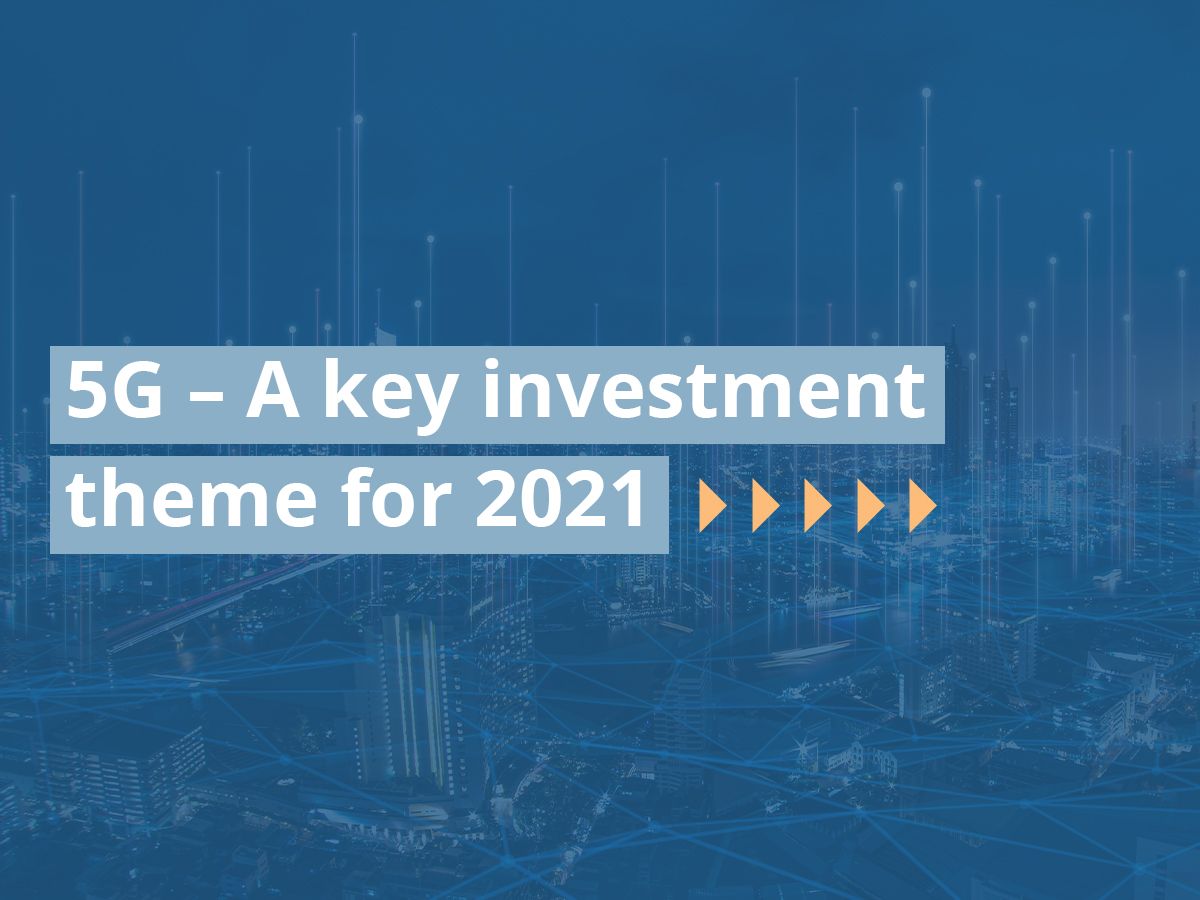 News that Apple is to ramp up its iPhone production by 30% to captalise on soaring appetite for 5G puts forward some very interesting prospects for 2021.

It’s barely worth investing in megacaps like Apple (NASDAQ:AAPL). Yes, they make for a solid one to tuck away as part of a fund, in the same way as Astrazeneca (LSE:AZN), Rio Tinto (ASX:RIO), or Microsoft (NASDAQ:MSFT) might sneak its way into your SIPP. But I’m much more of a fan of fast EPS-growth picks-and-shovels plays.

That means looking at the supply chain for the thing rather than the thing itself.  Infrastructure, components, delivery, all that good stuff.

And the supply chain remains the critical part of the puzzle. As Asia Nikkei reported this week, device makers are racing to secure enough parts, especially semiconductors and displays, which need several months to manufacture, in anticipation of a post-coronavirus boom in 5G demand.

Taiwan-listed OLED display manufacturer Innolux Corporation (TPE:3481) looks to be a good bet. Revenues of £6.8bn are more than double its £3.58bn market cap, and by my estimate it is trading at least 25% below its fair market value, with earnings projected to grow by 92.4% in 2021.

Over here in London, I have two smaller companies I’m looking very closely at.

Calnex (LSE:CLX) is a recent IPO, joining the AIM market on 5 October 2020 with a £42 million market cap. Since then the Calnex share price doubled in value to 131p, before sliding back to a more reasonable 113p price.

Calnex design and markets testing instruments for network synchronisation. In plain English, this means its allows its customers, like BT (LSE:BT), China Mobile (HKG:0491), Intel (NASDAQ:INTC), Qualcomm (NASDAQ:QCOM), IBM (NYSE:IBM) and Facebook (NASDAQ:FB) to validate the performance of their products which use telecoms networks.

There is a hell of a lot of testing required in this area, especially because the density of 5G products is slated to rocket.

And Calnex is well placed to take advantage of the massive budget and structural shifts towards the use of 5G, IoT and cloud computing.

Free cashflow was underwater in 2018, but turned positive in 2019. And revenues and operating profits have both grown strongly over the last three years.

Margins look handy at 24%, and Calnex has a good record of converting cash into profits, with a return on capital of 30% and a return on equity of over 34%.

A £22.5m placing on AIM admission allows Calnex to repay its debt facility, invest in new R&D and offers comfortable headroom for the business to continue its acquisition strategy. Among those buying in on its October market debut were BGF Investment Management, which has £2.5 billion of assets under management and now holds 15% of the CLX share capital. Other institutional investors joining in October were the hedge funds Otus (8.57% ownership) and Slater Investments (6.24% ownership).

So it’s a highly profitable business, which is generating buckets of cash, with significant institutional ownership, and it heads into the new year with some of the world’s biggest names on its order book.

The post-IPO share price boom may be a little overdone. But I’d still be looking for an entry point around the 75p-80p mark to really take advantage of the upside here.

I already own shares in MTI Wireless Edge (LSE:MWE), an Israeli company which has been trading since 1972. I picked it as a top share in my other job as a writer for Motley Fool and I’m doing so again here.

Recent forays to expand its offering of wireless antennas should mean there is capacity to more than double its current £50 million market cap. I’m not that fussed about dividends for smaller companies, but there is a handy payout of $0.02 per share with MWE shares. So let’s just consider where they are with 5G.

Without getting too technical, there’s a significant structural problem with 5G networks, in that they demand much more capacity per device. 4G allows for maximum data download speeds of around 100Mbps, but 5G should allow connections of 10 to 100 times more, in the region of 1Gbps to 10Gbps. Obviously this puts an immense strain on network operators being able to service this vast data flow.

According to GSMA, which has been tracking the potential of 5G since the early 2010s, there have been 106 5G product launches to date, but today 5G services only make up for 7% of market penetration.

Knowing what we know about how 4G supplanted 3G, it seems churlish to suggest that users will stay with older, cheaper technology for much longer than five years.

And even though 4G penetration in emerging markets lags behind Western societies, many analysts now expect the tech to skip 4G and jump straight to 5G.

Wireless backhaul is the most cost-effective tech for increasing 5G connections for mobile networks. So September’s contract win for MWE’s 5G dual-band backhaul product is the canary in the coalmine for the growth of this part of the business, to me. The company has sold thousands of antennas for 5G backhaul but mainly only for field testing, rather than overall 5G frameworks. What’s new about this deal with that it’s a single large order to be shipped all at once. As GM Dov Feiner says, it’s “indicative of the market moving forward with the adoption of 5G backhaul…We believe we are at the early stage of a global upgrade of cellular network infrastructure…This presents a major opportunity for MTI’s dual-band antennas as operators will need to increase the backhaul connectivity between cell towers to deliver these faster services.”

Momentum investors will probably have half an eye on MWE already. The share price breached a 52-week high on 4 December 2020, hitting 68.5p. This was actually an all-time record for MTI Wireless Edge, surpassing its best share price effort since it was listed in 2007.

It’s not particularly surprising that people have taken profits since then. MWE is now trading around the 60p mark, and I’d be looking to add more at this price.

EPS growth has been in the mid-double digits for the past three years, and we keep seeing tasty six and seven-figure contracts being signed.

Expansion into China with wireless irrigation control manufacturer Mottech is a bonus, and in terms of where growth is coming from, there is also the defence angle to MWE.

We heard in November that the company had signed a $650,000 contract with an unnamed Northern European client to develop and manufacture military antennas.

It was a timely reminder that while most of the antenna division activities focus on business to business tech like RFID and 5G, it also supplies tactical and comms antennas to airbone and naval vehicles like military planes and submarines. Defence is a steady earner for any company, and contracts once secured tend to be renewed across multiple years. Then the technology can be repackaged and sold into non-military markets.

There’s a lot going for MWE. It’s been one of my best buys of 2020 and I’m looking to pick up a large tranche more on any short-term weakness.