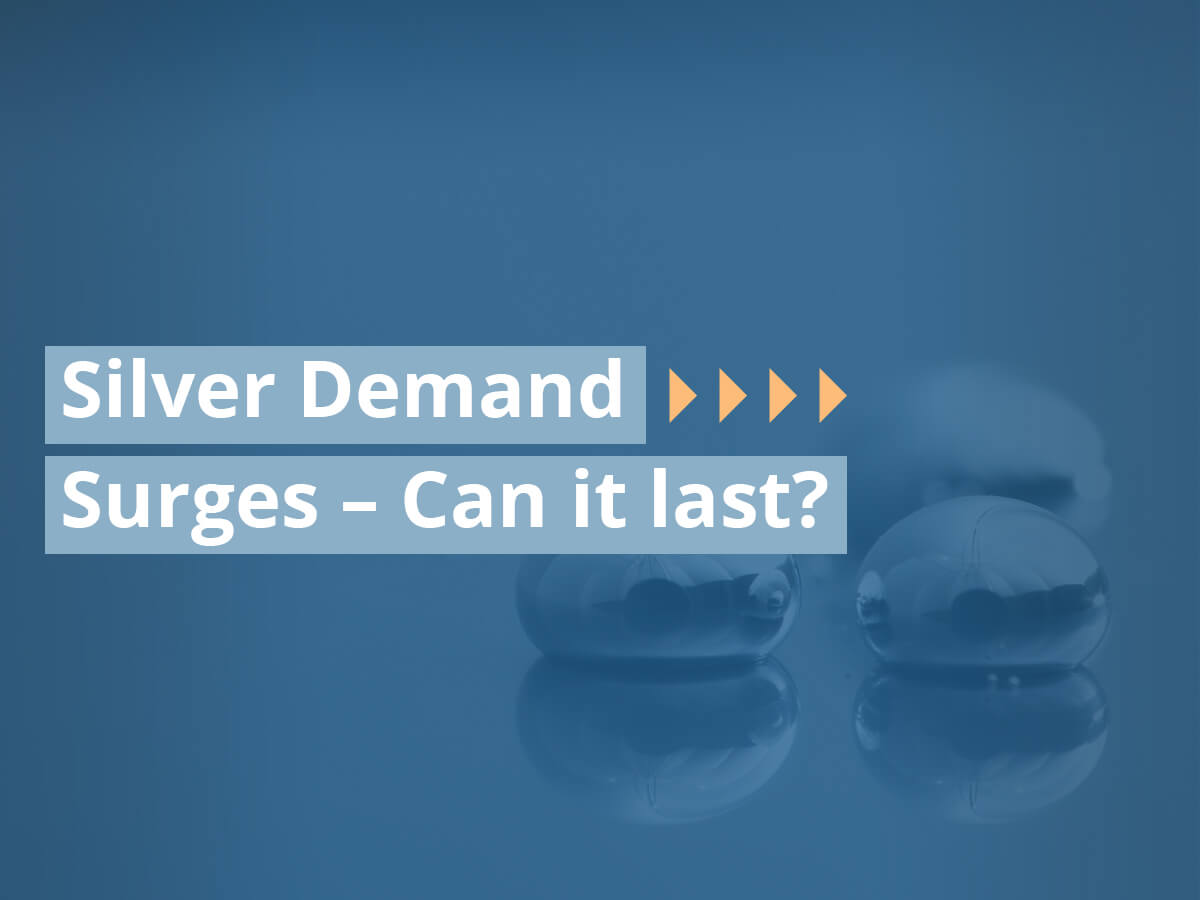 The short squeeze revolution continues with precious metal silver becoming the new target in Reddit group r/wallstreetbets sights. Motivated by social media encouragement, the rallying cry to buy silver is gathering momentum. The price of silver is surging and retail investors are jumping on the bandwagon to buy, causing many bullion vaults to halt trading.

The background story on the Silver surge

The momentum behind the squeeze was further fuelled by major online personalities tweeting their encouragement, namely Elon Musk, Chamath Palihapitiya and Dave Portnoy.

Here come the shorty apologists
Give them no respect
Get Shorty

By Thursday panic was setting in and by Friday chaos ensued. Over the weekend, a drive to squeeze silver has continued to build momentum. This sought-after commodity is a far more liquid asset than previous low-profile stock targets GameStop and AMC Entertainment, which is adding to its attraction. Last week the silver price began to rise and over the weekend bullion dealers were having to halt orders to try to keep up with the increased demand.

Silver price is set to soar

Sub Reddit group r/wallstreetbets has been forging the way with its online discussion: ‘The biggest short squeeze in the world $SLV Silver $25 to $1000.‘ This began five days ago and has over 15,000 comments at the time of writing.

On Friday, contracts for March futures in silver prices ended around $27 an ounce which was up 5%. By Monday, some futures contracts were selling above $30. Sales of physical silver bullion have also gone crazy, with several bullion dealers going into panic mode due to price volatility. While there are reportedly plenty of large silver investment products, the pandemic has caused a shortage of smaller coins and bars. That’s why increased demand is putting pressure on physical sales.

While this momentum play is undoubtedly an exciting movement for these investors to be a part of, it’s increasingly risky with every passing day. And in a twist to the tale, the message boards are being flooded with warnings that this is not the plan of the subreddit army, but a ruse by the banks and hedge funds with a vested interest.

While ‘idea dinners’ have been normal practice for hedge funds to discuss big ideas (shorts and longs) in private over the years, what r/wallstreetbets is doing is pretty much the same thing, only in public. That three million strong army may be more powerful than anything Wall Street has previously come up against, but the fact all its plots and plans are publicly available means it shouldn’t take too much for Wall Street to stay ahead of the game.

Add to the fact the silver market has a $1.5 trillion market cap, it’s likely to be a difficult nut to crack.

This morning, Paul Donovan, Chief Economist at UBS Global Wealth Management said this craze: ‘is not likely to cause much disruption to the financial system. Bubbles transfer wealth from bubble buyers to bubble sellers and the longer these bubbles go on, these moves ultimately risk increasing inequality.’

While the GME target was cleanly orchestrated with loads of momentum, it’s since spiralled into many targets, silver just being one of them (along with Ripple XRP, Dogecoin, Nokia Oyj (NYSE:NOK). That lack of clarity and direction is likely to be a major weakness for the retail market going forward.

Silver is a valuable commodity

Fundamentally, there are good reasons to be long silver. It’s required in the making of many products essential to the green revolution such as solar panels and electric vehicles. However, when a price surges at an unprecedented rate, there’s a high chance it will come crashing back down. When volatility and momentum drive the markets, the likelihood of getting burned is high.

The reason GameStop stock shot up was because it was being heavily shorted by the hedge funds to a ridiculous extent. Covering with naked shorts meant some of these companies had bet against it using shares that didn’t exist. Raising many questions about the legality of such a practice.

Silver is a very different kettle of fish. It’s clearly an important commodity, so banks and hedge funds have largely been bullish on it in recent years. While #silversqueeze is trending on Twitter, it may not be as easy to squeeze as people think.

The narrative in the social media uprising is that by squeezing silver it could hurt the big establishments if they’re artificially suppressing prices as some believe.

In September JP Morgan Chase (NYSE:JPM) was fined $920 million for manipulation of precious metals futures and U.S. Treasury futures markets between 2008 and 2016, according to a Reuters report.

Bitcoin bulls, The Winklevoss twins, tweeted their support for the silver squeeze. However, it’s in their interest to see disruption in the markets as it could help them drive more consumers to invest in Bitcoin and other crypto assets.

The #silversqueeze is a rage against the machine

If Silver market is proven to be fraudulent, you better believe Gold market will be next. HUGE implications especially for countries that have de-dollarized and central banks with large Gold holdings. #silversqueeze

Many silver bullion dealers posted warnings on their websites that they couldn’t keep up with the demand.

APMEX, one of the world’s largest precious metals retailers stated:

‘Once markets closed on Friday, we saw demand hit as much as six times a typical business day and more than 12 times a normal weekend day. Combined with the extremely high demand levels, we are also seeing a surge in new customers. On Saturday alone, we added as many new customers as we usually add in a week.’

Time will tell how this plays out, even the most intelligent of investors can’t see where this will all end.