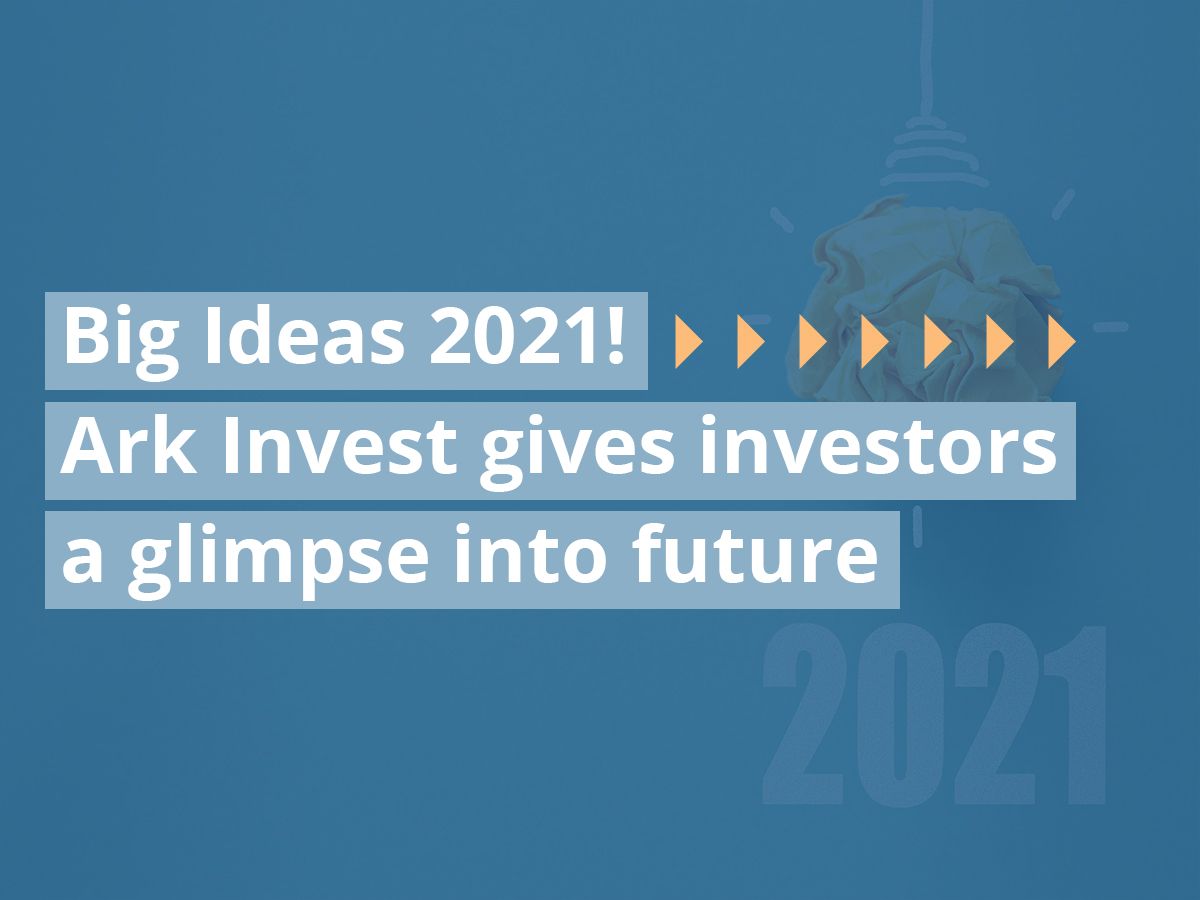 Disruptive innovation is the buzz phrase of ARK Invest, a US provider of next-generation ETFs. Run by Tesla (NASDAQ: TSLA) bull Catherine Wood, assets under management at ARK increased tenfold in 2020 from $3.2 billion to $34.5 billion.This incredible rise in assets under management mean an equally impressive payday for Wood. For those that can buy into ARK’s ETFs their management fee is 0.75%.

The ARK Innovation ETF (NYSEARCA: ARKK) enjoyed a 189% return in 2020. In response to its runaway success and transparency at showing its investment moves retail investors, and professional traders love ARK’s idea’s and follow its moves and suggestions closely. A few weeks ago it announced its next ETF launch will be a space ETF and the mere mention was enough to send space stocks soaring. This week it released its Big Ideas 2021 report and the contents are sure to set a few new stocks on fire.

Deep learning is when software is programmed by artificial intelligence (AI). This is groundbreaking and could change the path of technological breakthroughs exponentially in the coming years. ARK projects it will add $30 trillion to the value of the global equity market through the next 15-20 years. TikTok, Amazon’s Alexa and Google Nest are real-world examples of this already in motion, and it’s set to revolutionise the self-driving car industry.

The cost to train an artificial intelligence (AI) system is rapidly improving. It will also help advance inroads into Education Technology (EdTech) which is seeing an uptick in demand.

ARK believes that Deep Learning could create more economic value than the internet. Why? To find out, download #BigIdeas2021!

Faster and faster processing power is required to power our rapidly changing world. US semiconductor company Intel (NASDAQ: INTC) was once at the forefront of this industry but has fallen by the wayside. Lately it’s been making headlines for the wrong reasons. It leaked its Q4 earnings early after accidentally publishing them on an easily guessable URL. The results were surprisingly better than expected, and its share price temporarily surged.

However, Intel has been falling behind in the international race to improve processing capabilities and losing fast to the Taiwan Semiconductor Manufacturing Company (TSMC) (TPE: 2330), AMD (NASDAQ: AMD) and NVIDIA (NASDAQ: NVDA). In a twist to the tale, Intel is now reportedly outsourcing the manufacturing of 3nm chips to TSMC. This move will make Intel TSMC’s second-largest customer for the 3nm process after Apple (NASDAQ: AAPL).

As we covered last year in our gaming industry report the video game industry and Esports explosion is driving a multi-billion dollar industry to thrive. ARK has a similar vision of the sector and predicts virtual worlds, augmented reality, and virtual reality will all play a prominent role in the escalation of this lucrative industry.

Venmo and Square’s (NYSE: SQ) Cash App are paving the way for digital wallets to revolutionise the way we bank. Then there’s Robinhood and Trading 212 as examples of digital wallets for investing. Meanwhile, the shift in perception of Bitcoin is a game changer for early investors in the cryptocurrency, and widespread adoption could transform the way we value businesses in the future. Decentralized finance (“DeFi”) has taken on a life of its own and boosted the adoption of the Ethereum’s blockchain too. All of these point to a digitalized system that should not be ignored.

Being one of the world’s front-running Tesla bulls, it’s no surprise that ARK still sees future growth and value in the EV market. With Biden’s clean energy initiatives expected to spur EV adoption along more quickly, this is still an area of investment worth paying close attention to.

The automation of self-driving cars and autonomous ride-hailing are also sectors that could completely transform life as we know it.

Another player in the future of automating our world is drone delivery. The pandemic has spurred on the need for manufacturing to return to the shores of those that need it. Meanwhile, the appeal of hands-off interaction is rising as contact risks spreading disease. Drone technology also offers streamlined and efficient processes that can save a company’s time and money when implemented correctly.

Some of the other technologies covered in ARKs Big Ideas report include orbital aerospace, 3D Printing, genomic sequencing, and cell therapy. Unfortunately UK investor’s can’t buy into ARK’s ETFs but it’s still worth following along and reading the report for ideas. There are many more interesting sectors covered and it delves deep into the technologies of tomorrow for ideas that can help investors reap big rewards.