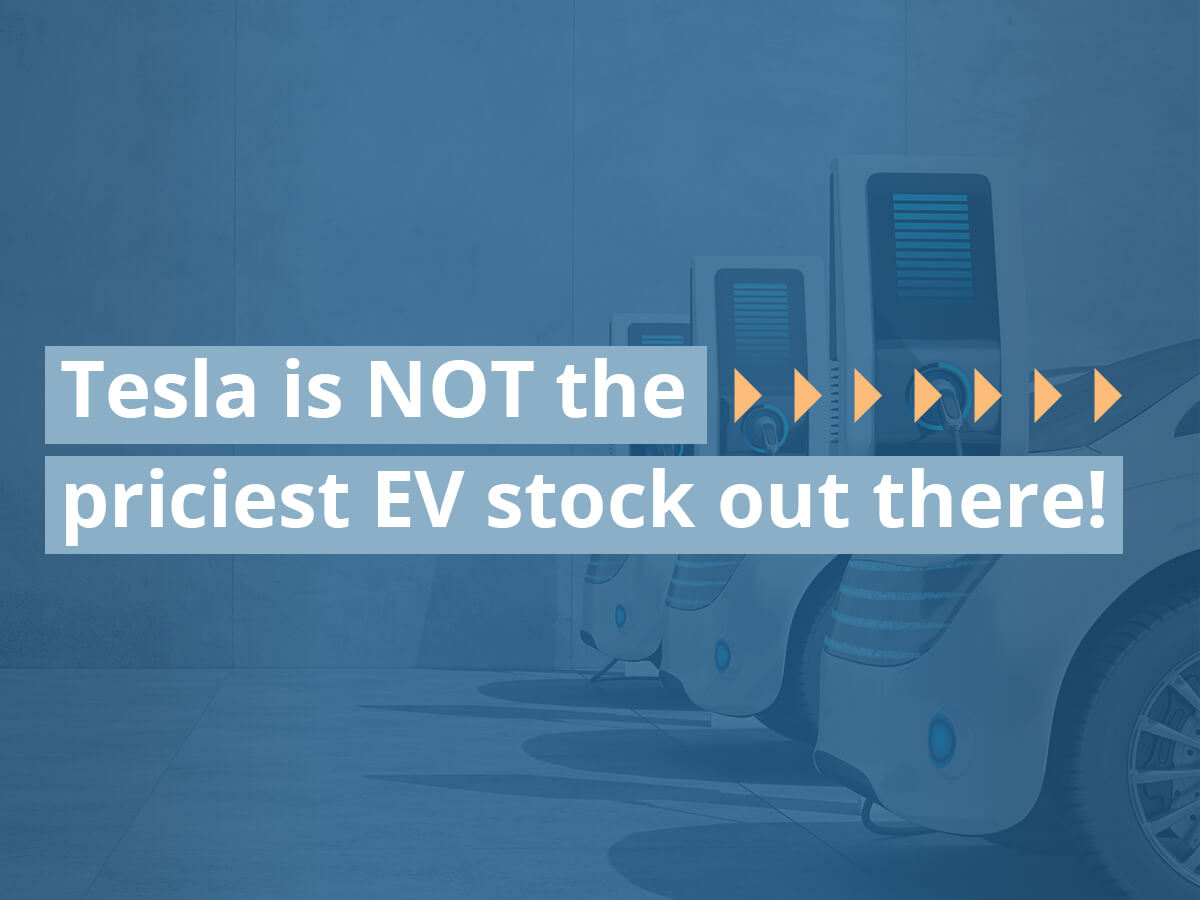 It’s no great secret Tesla is an expensive stock. Investors are betting on its future success, the excitement in the green energy sector, and ultimately on the man behind the (electric vehicle) EV sensation Elon Musk. But putting all that aside, the EV market has seen a rapid increase in interest throughout 2020 and this is set to explode in 2021. According to the Financial Times’ Alphaville post there are now many more EV stocks looking even more expensive than Tesla.

The results of the FT’s examination were showcased in a spreadsheet. A calculation using a ratio called “enterprise value-to-sales” (EV/S) shows the difference in pricing of these stocks. The EV/S ratio measures how much it would cost to buy the value of a company based on its sales. A higher EV/S ratio equates to a higher priced stock.

Here are some results of this calculation at the time of writing:

While the traditional car makers have a reasonable EV/S, it’s clear the green energy plays are showing outlandish confidence levels. For some of these names, hype and speculation have driven their share prices skyward. They’ve been buoyed by the green energy wave brought in by the Biden administration and the global focus on ESG investing.

While people have been speculating over the demise of Tesla for several years, short sellers have been repeatedly squeezed out. Time and again it proves it can go the distance. As this table shows, according to its EV/S ratio, it’s a lot less expensive than many other EV plays in the sector.

Even people in high places are taking a punt on Tesla going the distance. US administration, House Speaker, Nancy Pelosi bought 25 call options in a bullish process called a LEAP. She spent between $500k and $1m on the transaction in December. This means she has the right to buy 2,500 Tesla shares for $500 each. Ultimately showing, she believes they’ll be worth more than that going forward. Her husband is an investment banker, so maybe he’s the one behind the trade.

US manufacturer Workhorse Group Inc (NASDAQ: WKHS) is aiming to make USPS style electric delivery and utility vehicles. In fact, it already has some up and running. Unfortunately, its bid to win a USPS contract has been postponed. Short seller Fuzzy Panda Research claims it’s unlikely to win the bid due to product performance failures and an unfortunate incident hospitalizing a USPS driver.

The stock remains a popular choice among speculative retail investors but it’s also one that’s being heavily shorted. Workhorse also has big plans for its unmanned drone, HorseFly, to be used to deliver packages. With this in mind, it has applied for Federal Aviation Administration (FAA) certification.

Blink Charging (NASAQ:BLNK), an EV infrastructure company, has risen fast, but it’s on a mission to grow through M&A and this may help propel it further. In September it acquired BlueLA Carsharing, followed by U-Go Stations in November. It plans to continue in this vein and as long as its stock remains popular, it should have the means to do so.

By acquiring smaller charging networks, it will set it on the path to owning a large-scale network that companies can rely on. Blink just completed a secondary share placing for 5.4m shares, which it sold for gross proceeds of $221.4m.However, it’s not the only show on the road. ChargePoint is a viable competitor which will IPO through a reverse merger with SPAC Switchback Energy (NYSE:SBE). A meeting to finalise this merger is due to take place in February. ChargePoint is the largest independent EV charging infrastructure operator in the world with over 150,000 charging sites across 14 countries compared with Blink’s 23,000.

Electrameccanica is opening six retail locations, which will bring its total to ten, along with two assembly line factories in Arizona and Tennessee. Currently, these vehicles are produced in China in partnership with motorcycle manufacturer Zongshen Industrial Group.

In the past few weeks China’s e-commerce giant Alibaba Group Holding joined forces with SAIC Motor, the largest car company in the country. They’re launching a sedan with wireless charging under a new brand.

Meanwhile, Reuters reported Baidu is going into partnership with Zhejiang Geely Holding Group (OTCPK:GELYF) to make smart EVs. Baidu will be the majority shareholder, and Geely will maintain a minority stake. It’s thought that Baidu will provide the software with Geely providing the manufacturing facilities.

This is not the only EV alliance for Geely. It’s reportedly teaming up with Taiwanese iPhone assembler Foxconn Technology Group in a 50/50 JV. The pair will build EV cars for other automakers.

A race to the top

As well as the electric vehicles themselves, the battery tech and charging network are the other two key pieces of the puzzle. The race is on to make the ultimate fast-charging, long-lasting battery and a widespread reliable charging network.

According to Tesla bulls ARK Invest research: “As measured by $/charging rate, most EVs today have yet to match the Tesla Model 3 circa 2018. Our analysis indicates that none come close to the 2020 Model 3.”

With so much activity in the sector, it’s a race to the top. It’s unlikely that there’s space for them all, resulting in many EV stocks becoming nothing more than a gamble. Nevertheless, those that can go the distance could prove lucrative long-term investments.