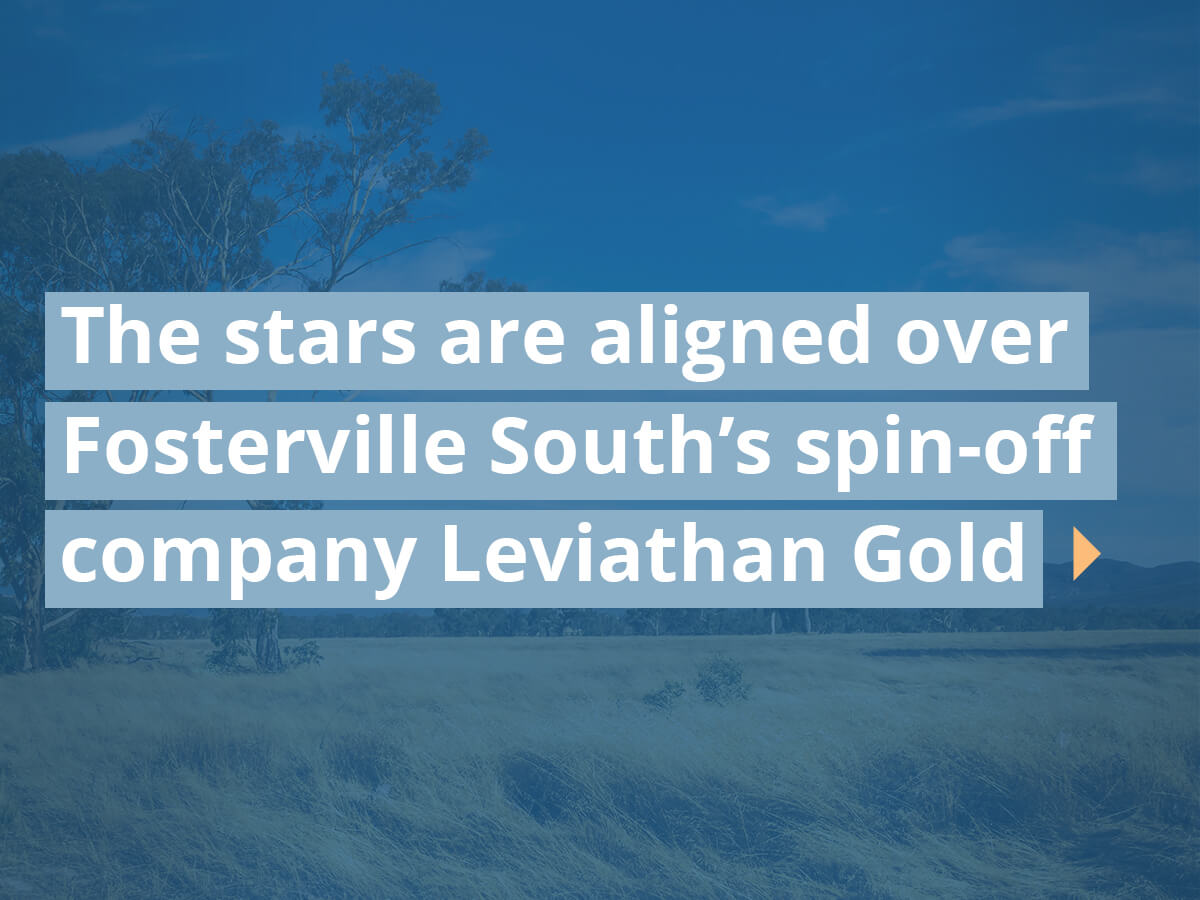 Leviathan Gold (TSX-V:LVX) is a spin-off from the legendary Fosterville South bonanza that made shareholders a considerable fortune in 2020. After taking a closer look at what Leviathan Gold has to offer, you’ll see the potential is truly golden.

Enviable location, seriously impressive backing and an astronomical $12 million in the bank ready to deploy! This is one investment opportunity not to be missed!

Leviathan Gold has just been listed on the Toronto Stock Exchange and for early investors this could be THE best opportunity 2021 will present in the gold mining space.

A gem hidden in plain sight

There’s no shortage of junior gold miners, and choosing the most promising investment can be hard. But with Leviathan Gold on the scene, there’s simply no contest. This project has all the hallmarks of a major success story in the making, and it’s one that investors can feel stoked about being a part of.

And stoked is the operative word in this instance, because the location is The Lachlan Fold Gold Belt in Victoria State, Australia. Home to Kirkland Lake, and the high-grade producing Fosterville South mine.

This prosperous location was staked by none other than world renowned gold prospector and geologist Rex Motton. He personally staked 1,500 km of potentially mineable land all around Kirkland Lake a few years back. And within no time he struck it rich with the discovery at Fosterville South, one of the most lucrative producing gold mines on the planet.

But Fosterville South is only the beginning. The region contains several more properties ready to be drilled and explored. Best of all, most of these have been left untouched for over 100 years. Back then prospectors barely broke the surface and achieved nothing like the extent of exploration that’s possible today thanks to advancements in geological surveys and technical progress.

The Leviathan Gold property comprises two assets, Avoca and Timor, covering 250 square km. The area that Leviathan Gold owns and plans to explore is large enough to host a producing mine.

These Leviathan Gold properties are found a mere 125km away from the Fosterville Mine and in the exact same geologic basin. Nearly 1.5 million ounces of gold was historically found on the property, but that was using ancient tools and little skill. With modern techniques at its disposal, the discovery could be staggering!

The truth is, we just don’t know where this incredibly exciting opportunity could lead, but it’s something remarkably exhilarating for investors to be a part of.

There’s an old quote that can sum up Motton’s journey: “Hard work puts you where good luck can find you” and Rex Motton is a justly hard-working individual that the sun is shining down on.

But it’s not just Motton that benefits from this good fortune. Far from it. All those early investors in Fosterville were well rewarded too. Those riches were truly staggering, and if the potential of Leviathan Golf stands to realise even a fraction of Fosterville’s success, then shareholders could expect a very welcome windfall.

Striking it rich at Leviathan is well within the realm of possibility when the success of Fosterville is considered. But that’s not the only reason. The area is also renowned for several historic high grade finds on the surface! Literally, just lying there pleading to be picked up.

Not only does the market understand the significance of exploring this lucrative region, but the company is fully funded with a whopping $12 million sitting ready to pour into digging deep down into this project. It has institutional backing and seriously impressive major shareholders. These include Rex Motton himself, along with his notable peers Bryan Slusarchuk, venture capitalist and mining extraordinaire, and James Hutton, Chairman of the Board at Fosterville South Exploration.

Leviathan Gold is getting set to start a very large drill campaign imminently, and a steady stream of news is sure to be hitting the markets at an impressive pace. Leviathan Gold’s drill program is starting with a drill depth of 1km underground. That’s pretty impressive and sure to open up a much clearer image of what’s going on where.

The IPO has only just launched, so it’s still early days, and getting in ahead of the game is the way to strike it rich as an investor. The early bird catches the worm, so they say, but when a once-in-a-lifetime project like this comes along, it couldn’t be truer.

Why invest in Leviathan Gold?

In the first half of 2020, Fosterville South shares flew from $0.40 to $5. Amounting to a 1150% increase in fortunes for those earliest of investors. But that’s not all. The exact same team backing the Leviathan Gold enterprise also worked for K92 Mining, another successful miner that brought returns exceeding 1000% to early investors.

Even more exciting for prospective shareholders in Leviathan Gold, is that its property has the same high-grade historical workings as Fosterville South, dispersed throughout its land.

The historic high-grade gold discoveries were made long, long ago, between 1862 and 1908. Yep, you read that right…over one hundred years ago! Since then, the area has pretty much been abandoned and left for dead. It’s a pretty astounding fact, considering the extent of gold prospecting and mining across Australia. It’s such a popular location for gold hunting that popular television programmes have been made about it.

The facts are amazing too. This junior miner is sitting on a property where an insane amount of historical, high grade gold was found near the surface. And the fact high-profile backers and institutions are getting on board with this investment really shows it has got major potential for multiple large, high-grade gold systems.

Being in Australia is such a boon in so many ways, not least being so close to the Fosterville mine. Australia is a safe mining jurisdiction; it’s low cost and access is no problem.

Of course, there haven’t actually been any gold discoveries on these properties recently, but the setup is so exciting, there’s good reason for investors to feel confident.

All said and done, the prestigious team behind Leviathan Gold would not be risking their stellar reputations on a dud, so they must be pretty confident the area is worth exploring. This can give potential investors good reason to feel excited too.