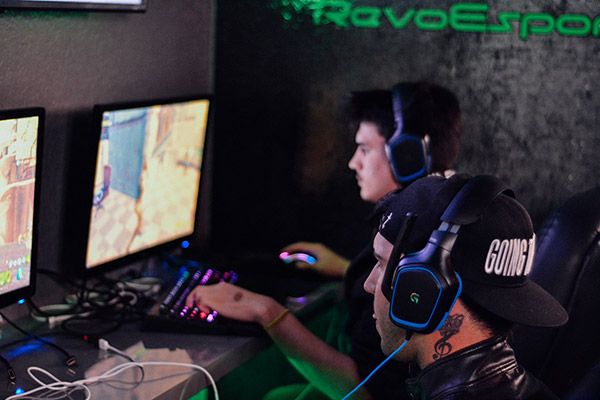 The eSports industry has seen explosive growth in recent years. It isn’t expected to slow down anytime soon.

The increasing popularity of video games is expected to drive the growth of the eSports industry. Growing acceptance for advanced gaming technology, evolving customer entertainment preferences, rising income levels, and increasing demand for mobile gaming are all tailwinds expected to help drive the industry’s growth through 2026.

Increased social acceptance is another factor. Ten years ago, it would have seemed unlikely that eSports could become a competitive occupation with players gaming in stadiums watched by thousands of spectators. However, that is just what has happened. Impressive international prize pools, growing streaming revenues, and sponsorships have helped power the growing popularity of gaming tournaments.

Rising investment and sponsorship spending, as well as broadcast rights, live event ticket sales, merchandise sales, and in-game transactions, are all expected to contribute to the Esports industry growth over the next five years.

Nvidia Corporation and Advanced Micro Devices Inc. also deserve a special mention. It wouldn’t be possible to play most modern video games without input from these two chip designers. They have designed and built some of the most advanced gaming chips to date.

The companies outlined above are large gaming giants. They are diversified plays on the gaming industry, with eSports being a secondary income stream. In terms of pure-play eSports industry stocks, there are limited options. There’s UK-listed Guild Esports PLC, which made its debut on the London Stock Exchange last year. Meanwhile, Astralis Group is listed on the Nasdaq OMX Nordic.

Guild Esports’ growth is reflective of the industry’s expansion over the past few years. Incorporated in September 2019, the company went through several financing rounds, raising just under $7 million. At its IPO, the group raised a further $26 million. At the time of writing, it has a market capitalization of $46 million.

The company’s growth was given a leg-up after its secured investment from soccer Legend David Beckham. Before his investment, the company signed an agreement with the firm that manages his image rights. It agreed to pay $20 million over five years for Beckham to become “the face of Guild Esports.”

Investing in the eSports industry

There are three different ways investors could play the eSports industry boom. All of these methods have various benefits and drawbacks.

The first is to invest directly in eSports companies like Guild Esports or Esports Entertainment Group. This direct bet on the sector may yield considerable returns. Nevertheless, there are many challenges for these firms to overcome. Most existing pure-play eSports companies are small and lack the financial firepower of larger, more diversified players in the sector. This could hold back their growth in the long term.

The second strategy is to buy the game designers and developers. Businesses like Electronic Arts and Take-Two offer a way to gain exposure to the eSports industry, but they also provide diversification.

These firms have an extensive back catalog of games, which provide a steady stream of royalties. They also sell into a bigger market overall. The global gaming market size is estimated at $175 billion, which’s 76 times the size of the projected eSports industry in 2026.

A larger market to sell in means higher revenues for the sector’s largest companies. That’s the crucial advantage Electronic Arts, and Take-Two have over smaller, more focused eSports businesses.

The third approach is to buy the chipmakers. As I noted above, without the high-quality gaming chips from the likes of Nivida and AMD, the global gaming industry would be stuck. The gaming industry isn’t the only customer of these manufacturers.

The graphic processing unit (GPU) market size was valued at $19.8 billion in 2019 and is expected to hit $198.8 billion by 2027. These incredibly powerful chips have been deployed in other industries, aside from gaming, such as autonomous vehicles, artificial intelligence, and cryptocurrency mining.

As the market size forecasts show, the growth in demand for GP units is expected to exceed that of the eSports industry over the next five years. As such, these companies could be a better way to play the gaming boom while having exposure to other technological growth trends at the same time.

Other options in the eSports industry

As well as these three strategies, investors could also buy tech champions such as Alphabet, Amazon, and Tencent to get exposure to the eSports industry.

This may not be the ideal strategy because it would also expose investors to other themes such as retail, which is incredibly competitive and has low profit margins.

What’s more, in the case of Alphabet, the company’s core Google search product is under attack around the world from regulators and competitors like Facebook.

So, while investing in these companies may seem like an excellent way to get exposure to the eSports industry, there are risks attached to the strategy as well.

Overall, eSports is expected to see significant growth over the next few years, and there are many different ways to invest in this market. One could invest directly in eSports companies or buy exposure through another company that has some association with the industry.

A combination of the two may provide the best of both worlds– exposure to eSports and another fast-growing market.