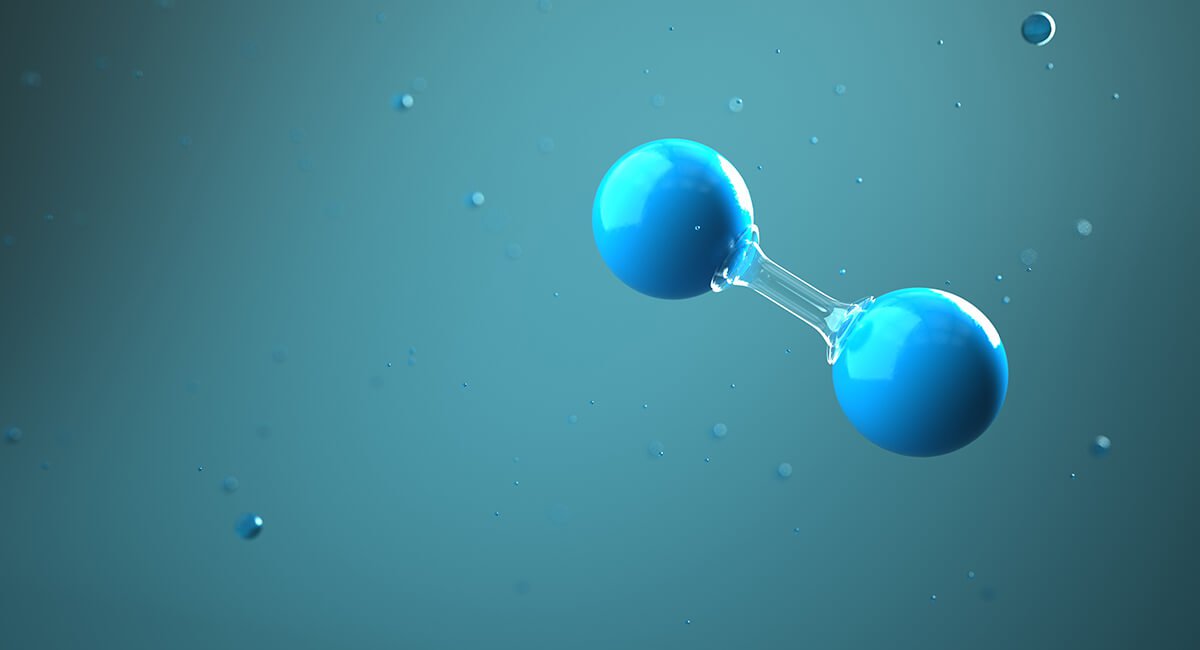 Hydrogen technology is finally poised to take off, after decades of false starts and disappointments. That’s because falling production costs, technological improvements, and a global push toward sustainability are converging to make the time finally right for this most natural and abundant commodity.

According to Bank of America this push into hydrogen power could transform our lives for the better and generate trillions of dollars for the economy. It could also play a vital role in fighting climate change.

“We think we’re reaching an inflection point where green hydrogen could supply our energy needs, fuel our cars, heat our homes and be used in industries that have no economically viable alternative to fossil fuels,” he says. “Together with renewable electricity, green hydrogen gives us a shot at attaining a zero-carbon-emission global economy by 2050.”

Consequently, the economic revenue potential is seriously impressive. Green hydrogen could help cut emissions by a third. Thereby providing $11 Trillion worth of infrastructure investment opportunities over the next thirty years. This would amount to annual revenues of $2.5 Trillion. Or even $4 Trillion if considering the income from associated hydrogen products, such as hydrogen fuel cell vehicles.

Hydrogen has been very popular with investors over the last 12 months with several stocks performing very well. And belief in the sector is gaining traction with hydrogen focussed exchange-traded funds (ETFs) taking advantage of the trend.

Some of the most popular hydrogen stocks include the following:

Most of these hydrogen stocks have pared back from their recent highs. But this could present a buying opportunity for interested investors.

Plug Power develops hydrogen fuel cell systems that replace conventional batteries. And in the past year this stock has been a day trader’s delight. The Plug Power share price soared from around $4 in June to $75 in January 2021. But since then it’s come crashing back to earth, now sitting at around $34.

In 2017, Plug Power struck a deal with Amazon. This was to provide hydrogen technology to power the industrial equipment Amazon uses in its warehouses, such as its forklifts. Plug Power’s GenKey technology aims to bring faster charging times, reduced costs, and support energy-efficiency in Amazon’s fulfillment operations.

This was a fantastic win for the company, but it made an unanticipated mistake in the deal. It granted Amazon warrants to acquire up to 55,286,696 of Plug Power’s common shares at $1.1893 per share (Exercise Price). This is based on the volume weighted average closing price of Plug Power common shares for the thirty trading days ending April 4, 2017. It was a sweetener to encourage Amazon to spend more with the company. Essentially, the more Amazon bought from PLUG, the more warrants vested.

Only these warrants were dated far into the future, through April 4, 2027. Meaning Amazon is allowed to exercise them at any highly inflated share price reached in the interim. At this point Amazon appears to have exercised some of them, but still holds a significant chunk. Walmart too, appears to be in a similar boat.

It basically means Amazon and Walmart are being paid to take the product from Plug Power, which does not make for a good investment case.

The company has come to an agreement to take a “substantial one-time non-cash charge” to waiver the Amazon warrants. This resulted in Plug Power reporting negative revenue last year despite the exponential share price rise of close to 2,000%.

In its recent earnings call the executives stated it sees an opportunity to sell on the spot market (selling hydrogen solutions now, not in the future) which could lead to significant margin enhancement upside.

However, first and foremost it wants to ensure it provides its commercial customers with a competitively priced green hydrogen that makes economic sense over grey hydrogen (hydrogen produced from natural gas, where the excess carbon generates CO2), or diesel. This will hurry the sale process along and ensure repeat business for Plug Power.

Clean Power Capital (TSXV:MOVE | OTC:MOTNF) also saw its share price soar last year. It’s rolling out its PowerTap onsite hydrogen production technology and plans to install over 500 stations across the USA in the next five years.

Its technology is currently being used for private hydrogen stations in the USA and a public station near LAX.

But more importantly, Clean Power Capital has inked a deal with the Andretti Group to install PowerTap’s innovative modular hydrogen fueling stations. The Andretti family operate over 100 company-owned and operated facilities in the United States with 39 in California.

Essentially, this means Clean Power Capital now have legitimate business partners that can help them undertake this exciting roll out across the United States. It hopes to start deploying its new PowerTap 3 at existing gas stations later this year.

Biden’s presidential win was partly boosted by his intent to make green economic decisions a priority. In fact, governments all around the world are in agreement with this premise as they all strive to meet the Paris accord and net zero carbon emission pledge by 2050. This is also helping boost the popularity of hydrogen stocks and ETFs.

Moreover, thematic investing is growing in popularity because it gives investors an easy way to access a number of stocks in one sector.

There are several alternative energy ETFs available to invest in. $HDRO is a next-generation Hydrogen specific ETF from Defiance ETF. This ETF is based on the BlueStar Global Hydrogen & Next Gen Fuel Cell Index. It’s a rules-based index that tracks the performance of a group of globally listed equities in the hydrogen and fuel cell segment.

“The commitments being made to the hydrogen economy by governments and businesses around the world are creating long-term investment opportunities with short-term catalysts. We believe this fund offers investors early access to this fast-evolving industry and allows investors the ability to control the amount of hydrogen exposure into their portfolio alongside our clean energy and battery ETFs.”

ETFs covering a basket of sought-after stocks in a specific sector are becoming increasingly popular. For instance, demand for the cannabis ETF we covered recently is soaring. Perhaps the same could happen for these Hydrogen ETFs as the transition to a low carbon hydrogen economy takes shape.