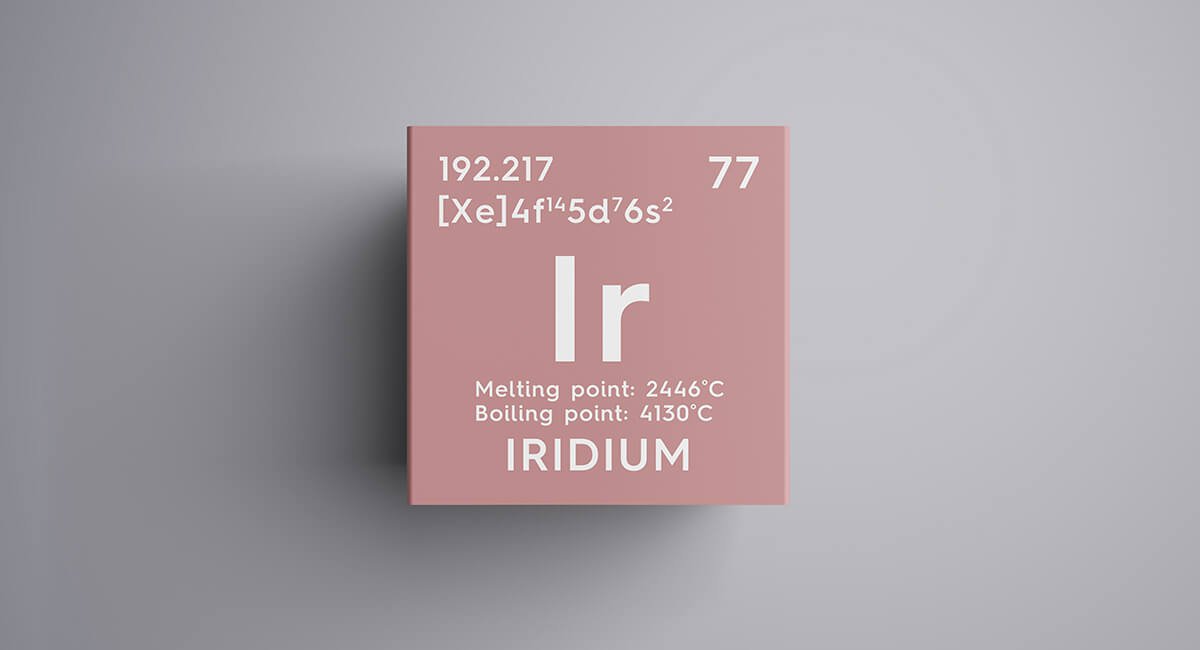 The value of iridium has surged 131% year-to-date, far surpassing Bitcoin’s 81% gain. Is this a metal worth investing in?

Iridium is found in meteorites and in magma deep in the earth’s crust. But miners tend to come by it as a derivative of platinum and palladium mining. It’s a shiny metal that doesn’t oxidise in air and is harder than solid steel.

Iridium is number 77 in the Periodic Table. It’s a very hard, heavy, and rare metal. And its popularity is soaring. Why? You might ask, well this transition metal is forty times rarer than gold and is used in many industries. Spark plugs, being one of its more popular uses.

In the past four months the price of iridium has skyrocketed. And for the past ten days has been sitting at $6000 an ounce.

Platinum is another metal with a price rise in 2020, but as can be seen in the chart, demand for iridium wins by far. But this rally didn’t just start in December. In 2016, Iridium was trading at around $500 an ounce, so it’s been a slow burning riser for a few years.

Reason being, it’s vital for many industries. It chlorinates ballast water in shipping, which stops vessels transporting aquatic creatures. According to Wikipedia, ballast water spreads approximately 7000 living species to new habitats around the planet. That disrupts ecosystems and puts species at risk of extinction.

Historically, Fountain pens were tipped with iridium, but that no longer seems to be the case.

Iridium is also used in the crystal making process because it can withstand extreme heat.

Best of all, it’s being used as a catalyst in electrolysis to split water into oxygen and hydrogen, which is gaining massive traction as the world pins its hopes on green hydrogen as a clean solution to climate change.

In November South African based, Anglo American Platinum (JSE: AMS, OTCMKTS: NGLOY), had to close its plant due to a series of water leaks. The facility is now closed for a full rebuild in 2021. Unfortunately, this closure led to an iridium supply shortage, just as demand was growing.

“Iridium has the longest processing time of all the PGMs, so supply is set to be impacted (by the Amplats closure) well into 2021, providing support for sustained high prices,”

How can investors get exposure to Iridium?

The stronger demand outlook is based on expectations of an economic rebound, as well as anticipation that demand for hydrogen will increase use of iridium.

Although the metal is useful, its market is fairly small. That means production amounts to approximately 250,000 ounces annually. Comparatively, palladium output is around 10 million ounces and platinum around 8 million. As it’s rare, it’s a by-product, rather than a focus on any miner’s portfolio and raising production is not simple or quick.

Other platinum group metals (PGMs) have also experienced supply shortages and soaring prices. Rhodium and palladium are two. The market is illiquid which helps prices rise when supply is low.

Johnson Matthey (LON: JMAT) is a refiner of PGMs. The Johnson Matthey share price has risen over the past year and the company now has a market cap of £5.9 billion. Its price-to-earnings ratio (P/E) is 57 and it offers shareholders a dividend yield of 0.02%.

Impala Platinum (JSE: IMP, OTCMKTS: IMPUY) is a South African miner that produces iridium as a by-product. It’s also seen its share price soar in the past year, but it’s slipping now. The company has had problems with miner suspensions and employee challenges regarding wages.

Impala Platinum has a forward P/E of 5.8, which suggests an undervalued stock. Its market cap is approximately $14.4 billion and it carries a dividend yield of 2%.

Impala’s recent interim results to the end of 2020 were very encouraging. The company flagged rising demand for iridium and ruthenium from industrial applications and links to the hydrogen economy. However, these are minor metals in Impala’s production and as such are unlikely to create major money-spinning opportunities in the near term.

Anglo American Platinum has a P/E of 19.5 and market cap is around $39 billion. It comes with a 2% dividend yield. Its share price is up 9% year-to-date amid extreme volatility. It’s also up 103% in a year.