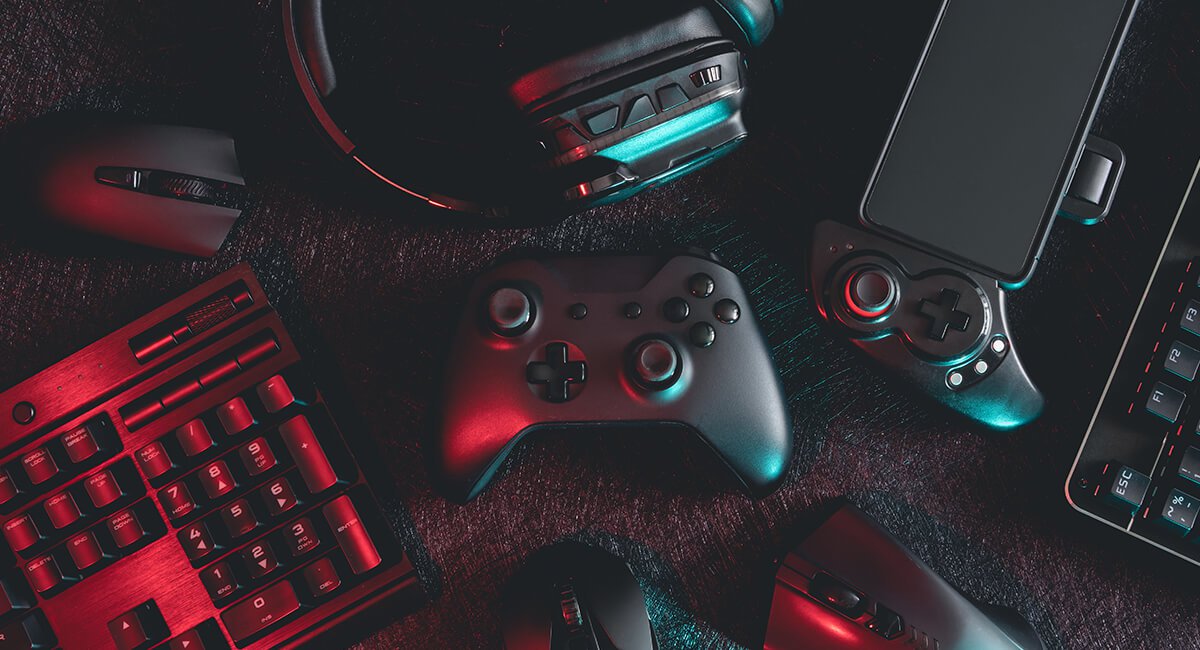 GameStop (NYSE: GME) stock went into sharp decline last week after the retailer’s conference call came to an abrupt end. This was the company’s first earnings call since an unprecedented Reddit-driven short squeeze earlier this year.

The company posted and earnings report on Tuesday last week showing it has missed analyst expectations for its quarterly net sales, with a decline to $2.12 billion in its fourth financial quarter from $2.19 billion the year before.

GameStop explained that the decline resulted in part from a 12% store base decline as part of “strategic de-densification efforts”. Plus, as anyone would expect, significantly fewer store operating days worldwide as Covid-19 lockdown measures closed stores – with around a 27% drop in European store operating days in the fourth quarter.

More encouragingly, global e-commerce sales rose 175% and made up 34% of net sales in the fourth quarter, which ended January 30, from only 12% the year prior.

The earnings call webcast hit full capacity close to an hour before the call was set to begin. Then, instead of fielding analyst calls as normal, GameStop halted the call after just over 20 minutes. This immediately followed chief executive George Sherman’s presentation, which made no mention of the Reddit rally.

For comparison, the company’s third quarter call lasted 79 minutes, with GameStop bosses fielding questions from a variety of analysts.

Reddit user Disposable_Canadian posted: “Their ceo and release people continuously suck at earnings calls. They did not instil a strong sense of strategy last night.”

GameStop stock retreated from $194 on Monday last week to $120 by Wednesday. This resulted from the expectation miss as well as the unusual investor call.

GameStop had been heavily shorted as the pandemic closed stores and intensified concerns around online competition. However, in December 2020, Chewy (NYSE: CHWY) founder Ryan Cohen joined the GameStop board and increased his stake in the company to 12.9% stake.

This strengthened hopes for a transformation away from physical stores and more towards an online focus and drew in the WallStreetBets crowd, a subgroup of popular internet forum Reddit.

WallStreetBets members started to buy more and more GameStop stock, pushing the price up from around $6 at the start of 2020 to around $36 by mid-January.

The price rise caught the attention of short sellers, who eventually came to short around 140% of GameStop’s public float. This was a rare phenomenon. As Goldman analysts pointed out, shorting more than 100% of a company’s float had only happened 15 times in the previous ten years.

The backlash from the WallStreetBets crew to the news instigated a short squeeze. This caused a truly staggering spike in GameStop stock from a little over $17 at the start of 2021 to an incredible $348 by January 27, a rise of more than 1,900%.

Major changes are underway at GameStop, including a major management shake-up led by Cohen. This started in February with news that chief financial officer Jim Bell would be resigning. Since then, chief customer officer Frank Hamlin’s departure has also been announced.

Owens won’t be the only former Amazon executive joining GameStop as Elliott Wilke has been appointed as chief growth officer. Wilke has spent seven years in various senior roles in Amazon.

Another executive hire is Neda Pacifico as E-Commerce senior vice president (“VP”) – having previously been E-Commerce VP at Chewy. Her other experience also includes almost four and a half years at Amazon.

Former Chewy Marketing VP Andrea Wolfe has also joined GameStop as VP of Brand Development, while previous Chewy Merchandising VP Tom Petersen has joined GameStop with the same role he had before.

Additionally, Ken Suzuki has been named as GameStop’s new vice president of Supply Chain Systems, the same role he held at Zulily.

With shares at an all-time premium, now might be a good time for the company to sell new shares and help fund its extensive turnaround plans.

Indeed, back in December, GameStop registered with the US Securities and Exchange Commission to sell $100 in stock via an at-the-market (“ATM”) offering.

So far, GameStop has not yet opted for a fundraise. However, a recent SEC filing explained that the company has been evaluating an increase of the ATM program and possibility of selling shares under this increased program during its 2021 financial year.

Program funds would be put towards a transformation, as well a general working capital. The size and timing of a fundraise would depend on GameStop’s capital needs, as well as alternative sources and costs of capital available.

“Market perceptions” of GameStop would also influence a fundraise, as would its trading price.

Cohen has assembled the team to lead the company’s transformation, which is GameStop’s main focus for 2021. The goal of this transformation, GameStop said, is to become “a customer-obsessed technology company that delights gamers”.

This involves investment in the company’s technology capabilities and expanding its product offerings. In the US, GameStop will also modernise its fulfilment operations and establish a customer care operation.

The company is also looking to capitalise on an emerging console cycle and navigate the ongoing pandemic. Guidance remains suspended.

GameStop stock has improved as its transformation takes shape. By late March, it was already heading back towards the $200 mark.