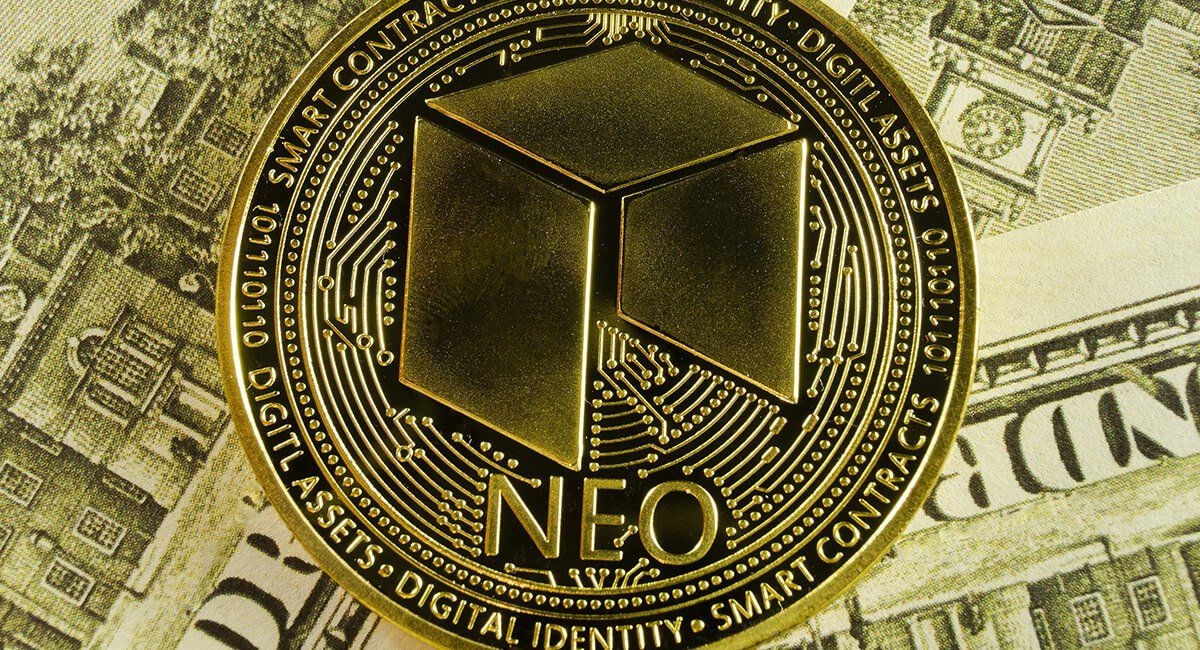 NEO is a Chinese cryptocurrency, often classed as the Chinese Ethereum. It was founded in 2014 by Da Hongfei and Erik Zhan under the name AntShares, but during the altcoin mania of 2017, rebranded as NEO.

Just like Ethereum, it’s a blockchain-based platform supporting its own NEO cryptocurrency, along with backing the development of smart contracts and digital assets.

Holders of the NEO token can generate monetary interest on their holding, known as GAS. This is a utility token used to deploy smart contracts, fetch data from the NEO oracle, and upload or download data from NEO’s file sharing layer.

The circulation cap of both NEO and GAS is 100 million tokens. There are currently 70 million NEO tokens in circulation, while there are only 10 million GAS. NEO is thought to be one of the scarcest public blockchain tokens, as it cannot be traded in fractional pieces.

This dual token mechanism is the first of its kind in the public blockchain. It separates the governance process from the network usage, while providing a means of acquiring the tokens needing to pay transaction fees. Therefore, this two token model lets users take part in the NEO ecosystem without reducing their stake in the network.

GAS is also used to operate and store tokens and smart contracts so that node resources are not squandered.

Governments globally are trying to figure out ways to regulate Bitcoin and the crypto landscape. On April 18, at a recent summit on this matter, Li Bo, the deputy governor of the Chinese central bank spoke. He clarified that cryptocurrencies should be playing an investment role or alternative asset but not acting as currencies.

His words sent Chinese altcoins NEO and VeChain soaring. NEO rose over 55% in a day as this piece of news makes cryptocurrencies particularly attractive as a money-spinning way to generate future wealth.

China has a particularly heavy weighting on the world of crypto because over 65% of Bitcoin is mined there. It’s historically been averse to the modern asset as it does not consider cryptocurrencies legal tender.

In 2017, China banned all initial coin offerings (ICO) calling them ‘illegal fundraising‘, and closed exchanges. But it took a U-turn in 2019 when it declared Bitcoin as virtual property with value.

The regulatory landscape is undoubtedly getting set for a major overhaul. Stablecoins such as Tether are gaining a foothold as payment solutions. With investments in cryptocurrencies reaching record highs, governors are seeking ways to regulate, both to protect economies and to prevent a casino environment for retail investors.

NEO is gaining recognition and price action in recent weeks as it launches via a major rebrand as NEO 3.0.

Long-time NEO fans are super-excited for this upgrade as it has so many promising features. In a nutshell it’s an open decentralized network for the future smart economy. Through this effort it aims to bring a smart economy vision to life, unveiling an ecosystem in a similar realm to Ethereum. This is a fast and fee-less network gaining huge traction throughout China and the West.

In NEO 3.0, the full stack Decentralised Finance (DeFi) protocol implements several exciting new features. One of these is called Flamingo Finance. Within Flamingo, NEO users can swap, wrap, and stake their tokens while earning rewards. Simultaneously, they can interact with other crypto holders across chains including bitcoin, cosmos, ontology, and Ethereum. The benefits to this are three-fold, escaping network congestion, avoiding high fees and all the while, tapping into the awesome earning potential of DeFi.

Furthermore, it’s bringing in an enhanced governance protocol. NEO 3.0 will launch a new dynamic and democratic governance on-chain mechanism. This brings essential roles into the system, including NEO holders and potential voters, candidates, council, consensus nodes, as well as oracle nodes and stateroot validators. They are to help guarantee the robustness and stability of the NEO blockchain.

NEO holders will vote on the candidates and the top 21 will be appointed. One NEO is equal to one vote. From the 21, seven will become consensus nodes on the network. The council is then refreshed every 21 blocks.

For every new block created 5 GAS tokens are made. These are split 80% to successful voters, 10% between all NEO holders and 10% among the 21 council members.

One of the most compelling aspects of NEO is NEOFS, which is its internal distributed storage network. This gives its users complete control with no external reliance on a service such as Amazon Web Services (AWS).

NEO is often compared with VeChain (VET) because they each have a dual token system and are similar in design. Meanwhile, the crypto NEO is not to be confused with the Chinese EV company NIO (NYSE: NIO).

The Neo community offers a selection of wallets for different users and applications.

Analysts and crypto day traders vary in their outlook for the NEO price. It’s currently sitting around $123 and some see further upside to around $150, whereas others say it could just as easily crash to around $50. Altcoins and alternative crypto projects can be exciting investments but they come with risk too.