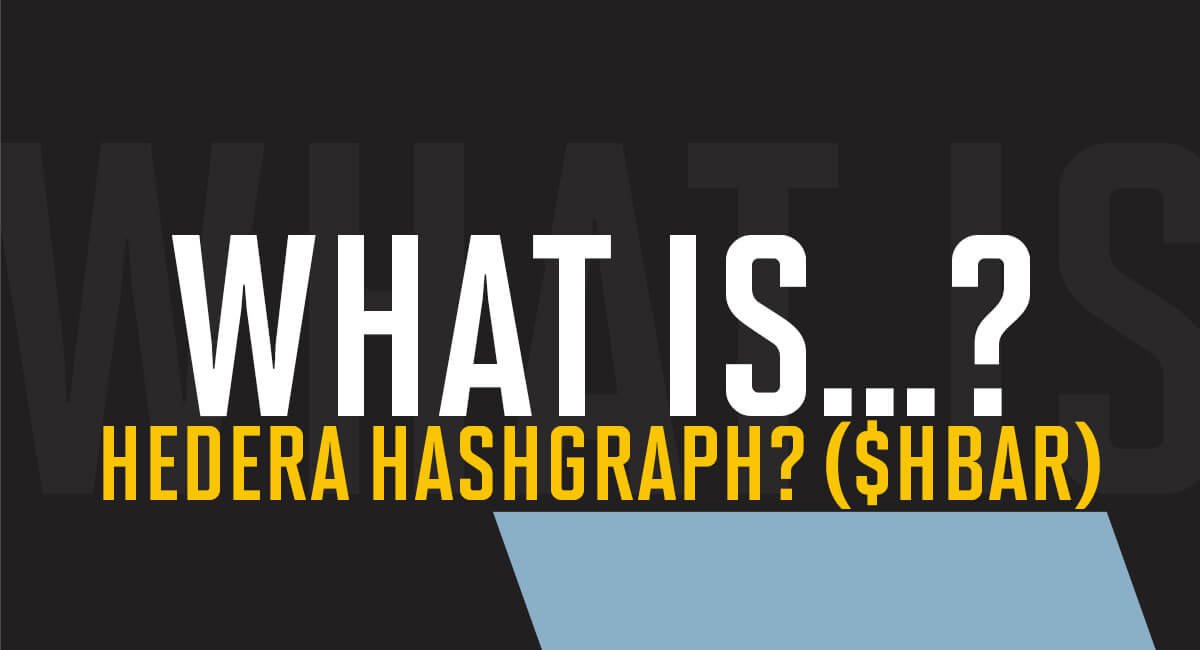 Hedera Hashgraph ($HBAR) is another cryptocurrency generating a wave of interest. It has Fortune 500 companies involved and could potentially rival the blockchain technology used by Bitcoin and Ethereum.

The blockchain uses a peer-to-peer network with a proof-of-work or proof-of-stake verification. Adopting a decentralized design means no one entity controls it so it can be trusted.

Data is recorded in blocks chained together to form the ledger, hence the name blockchain.

Users love the blockchain technology for its many positive attributes. It offers complete transparency, full record keeping along the chain and no risk of manipulation.

Above all, security is built into the blockchain because it’s developed using cryptographic techniques.

For businesses, blockchain presents a real-world way to store data and transactions safely, maintaining historical accuracy. This promotes trust and honesty between organisations.

These blocks of data can’t be manipulated or forged. However, transaction time is slow, leading to abuse of the network resources, which often results in higher transaction costs.

Therefore, Hedera Hashgraph has been designed as an alternative to blockchain. It’s also a publicly distributed ledger network that can’t be changed or forged. But it offers lightning-fast speeds and is therefore cheaper to use. This is why it’s gaining ground as a viable blockchain rival. It also remains secure, transparent, and immutable.

Hedera Hashgraph is a consensus mechanism developed in 2016 by Leemon Baird. It’s an asynchronous Byzantine Fault Tolerance (aBFT) consensus algorithm. Baird works for Hedera and is also co-founder and CTO of Swirlds. This is a software platform designed to build fully-distributed decentralized applications (DApps) that harness the power of the cloud without servers.

Rather than using miners to validate transactions, Hedera uses directed acyclic graphs (DAG-based) for time-sequencing transactions. This means unlike blockchain, it doesn’t bundle the transactions into blocks. Instead, the flow of activity is much more randomized, resembling many conversations happening at once.

Altogether, Hashgraph is believed to be superior to blockchain in energy efficiency, stability and security. It doesn’t need high computational power, therefore it doesn’t consume crazy amounts of electricity.

HBAR vs ETH and BTC

Transaction speed is incredibly important when dealing with money, so slow transaction speeds are off-putting for would-be adopters of Ethereum. But Hedera’s fast speeds are far more enticing. Hedera uses a proof-of-stake system, which is what Ethereum is striving to evolve to.

Meanwhile, the HBAR coin is used in three situations. Namely, paying network service fees, making payments and micropayments and in the process of rewarding nodes for securing the network.

The reason Google gave for joining the council was to help provide technical guidance and validate the Hedera Hashgraph technology.

In order for Hedera to really scale, it needs widespread enterprise adoption. For that to happen, companies want a distributed ledger that can be fully integrated into what they’re doing today.

Hyperledger is one such solution that’s already helping businesses adopt blockchain. It’s an open-source community, focused on developing a suite of stable frameworks, tools and libraries for enterprise-grade blockchain deployments.

That means Hedera needs to help companies integrate into using private ledgers such as Hyperledger. In fact, a year ago Hedera launched a pluggable Hedera Consensus Service into Hyperledger Labs. Thus, helping elevate its profile.

Earlier this year, the UK’s National Health Service (NHS) announced plans to use a blockchain derivative to monitor Covid-19 vaccine storage. This Internet of Things (IoT) solution is built on Hedera Hashgraph.

Then in February, Supply Chain as a Service Platform SUKU Migrated to Hedera Hashgraph from Ethereum.

Hedera has also partnered with the Chopra Foundation to fight rising suicide rates and support mental health awareness. It allows to foundation to distribute secure access to science-backed research globally to those in need.

As Hedera Hashgraph is still relatively unknown, the HBAR price is highly volatile. For instance, it’s down 14% today, which is par for the course with altcoins. This is the reason they make an attractive asset class for active day traders to exploit. This is why investing in cryptocurrency is deemed extremely risky.

Where can you trade HBAR?

HBARS are used in the Hedera network to power DApps and protect the network. Users must buy HBAR crypto to perform transactions on the Hedera ledger or to work with applications.

The full supply of HBAR tokens amounts to 50 billion and these were all created at launch in 2018.

The $HBAR token can be purchased directly from within the Exodus wallet on both desktop and mobile (iOS / Android) devices.

Hedera hashgraph can also be bought or traded on Binance, OKEx, Huobi Global, Bittrex and Gate.io.

Bitcoin | cryptocurrency | ethereum | what is..?