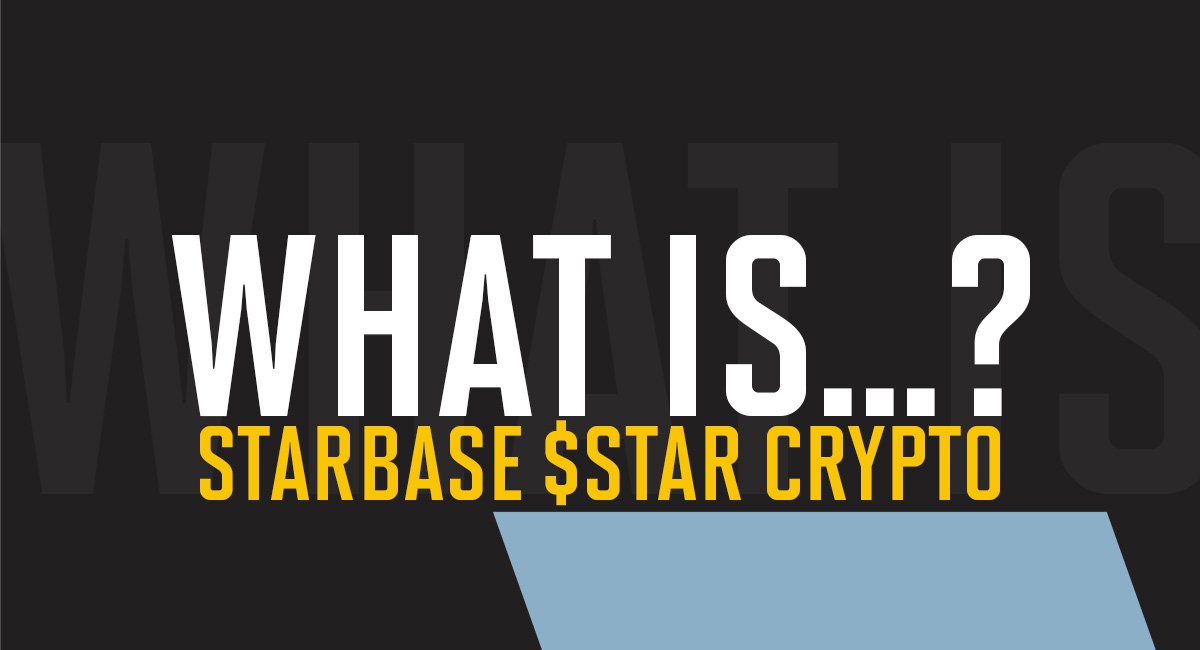 Starbase ($STAR) is yet another cryptocurrency token to be affected by Elon Musk’s widely scrutinised tweets. On May 18, he posted an inconspicuous tweet with a picture of an illuminated sign spelling the word Starbase.

Being that his army of 55m followers contain a large number of crypto fans, some of them saw this as a sign to buy the crypto token $STAR. This led the price of the relatively unknown Starbase crypto token to rocket a whopping 4,500% from around $0.005 to $0.23. It’s since fallen back 91% and is now trading around $0.02. This is fluctuating rapidly.

In this instance, it doesn’t appear Musk was referring to the crypto token at all, but simply referring to his SpaceX rocket test site in Texas.

Back in March he tweeted: “creating the city of Starbase, Texas,”

In February Musk confirmed his satellite business Starlink (on offshoot of SpaceX) will conduct an IPO once it has a better handle on cashflow. Starlink is building a massive network of satellites to provide global internet access at high speeds. This is particularly focused on rural areas currently not serviced by conventional internet.

Meanwhile, SpaceX is focused on establishing a settlement on Mars.

Until a couple of weeks ago altcoin holders longed for a Twitter mention from Elon Musk. Such is the power of his reckless tweets, the Magic of Musk can send the value of an obscure token rocketing exponentially.

But since the latest crypto crash, for which he is being partially blamed, we find ourselves asking, is Elon Musk’s influence a blessing or a curse?

Of course, this connection to Elon Musk may well continue to encourage speculation in the $STAR coin; just know it doesn’t have a lot of substance as of yet and is still in the very early stages of development.

Starbase is a crypto token-based crowdfunding platform. Its intention is to become a place where startups can raise funds by issuing tokens.

It appears to have been founded in Singapore in 2018. But it did exist for a short period in the crypto craze of 2017 too. At that point it was run by founder Tomoaki Sato & Blockchain Engineer Yu Yamanaka and its ICO was listed on HitBTC.

On visiting the Starbase website you’re greeted by a pop-up Shiba Inu dog saying “Shall we be ruled by The Doge? Yes!” This links to a Forbes article, dated March, about Elon Musk setting up a City named Starbase.

This doesn’t exactly scream credibility and points to it being yet another meme coin.

Also, the link to the $STAR whitepaper is broken and there are a lot of grammatical errors within the website text.

On the Starbase website there’s a Projects page listing 17 successful and unsuccessful crowdfunds that have taken place so far on the platform.

For instance, HubrisOne ($HBRS), ran from Jan to May 2019 and raised 34,276 Stars from four supporters. Whereas Bulk Trader took place June to August 2019 and is marked as unsuccessful. All the other projects are unmarked and don’t appear to have started.

On closer inspection it seems it’s still very much a concept in early development. Its social media channels talk of following Starbase Roadmap 2.0 which appear to be developing the crowdfunding platform for use.

Roadmap 2.0 began eighteen months ago with plans for a website revamp and platform updates.

In a recent blog post it talks of ts new trading platform called StarbaseX. This is an offshoot of Starbase, but also a trading platform built on MetaTrader5, offering Forex, Spot Metals, Spot Commodities, Indexes, Shares and, being the nature of STAR tokens, and Crypto CFDs.

But to make things even more confusing there is another new token called Starbase X ($SBX), unrelated to Starbase but based on Elon Musk’s SpaceX community in Texas.

Where can you buy Starbase $STAR crypto?

$STAR crypto tokens can be purchased through mintme.com, Matcha and uniswap. To buy Starbase on Uniswap users should download a crypto wallet such as the Trust Wallet or Metamask.

The maximum supply of $STAR tokens is 1 billion.

Above all, it seems Starbase is a highly risky investment and an example of how altcoin mania can cause investors to quickly lose a lot of money. To illustrate, consider its market capitalization. $STAR has gone from a market cap of £12bn on May 18, to $8bn on May 19 and $4.8bn at the time of writing.