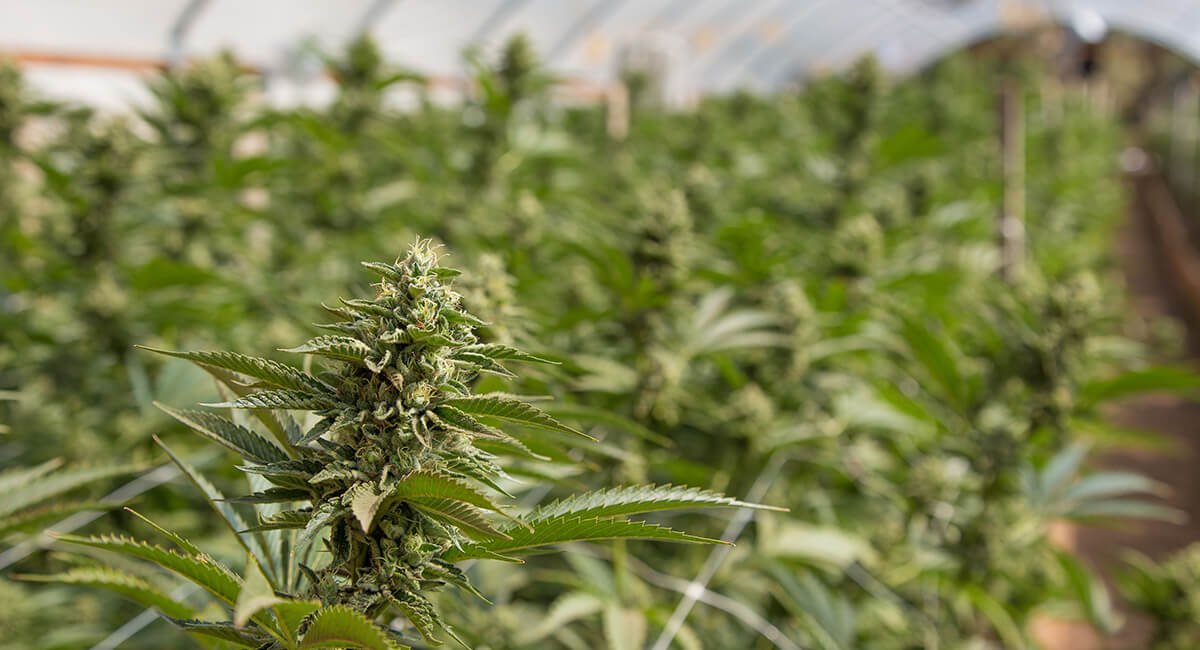 Ananda Developments (AQSE: ANA) had strong cause to celebrate on Tuesday after revealing that it had received an all-important cannabis licence from the UK Government’s Home Office.

The UK has now granted the company’s subsidiary, DJT Group, a licence to grow greater than 0.2% THC cannabis for research activities. Ananda owns 50% of DJT, with the other half owned by Anglia Salads.

This is a long-awaited development for the firm, with DJT submitting its application for the licence back in October 2019. Covid-19 regulations held back the division at first, delaying Home Office representatives’ site visit by a year. Now, however, the visit has occurred and the licence is in place.

Speaking with ValueTheMarkets, Ananda chair Charles Morgan was enthusiastic about the implications of the development. The company can now move straight into building out its research facility. This, in turn, will allow it to launch into the work needed to breed and stabilise 65 strains of cannabis.

At present, growers often use cuttings from cannabis plants to create genetic clones. This is because the genetics of those plants are not stabilised. Growing the seeds will produce plants with very different genetic profiles. Morgan explained that this was “like brothers and sisters, where they’re all completely different even though they’re from the same parent”.

THC or Tetrahydrocannabinol is one of well over 100 cannabinoids in cannabis. It is the psychoactive chemical in cannabis that induces a ‘high’, and is associated with pain relieving effects.

At present, cannabis containing THC is illegal in the UK outside of a medical setting. This is why DJT needed a licence to grow cannabis, as all cannabis contains THC, whether it’s wanted or not.

CBD, or cannabidiol, meanwhile, is non-psychoactive – meaning it doesn’t alter a person’s mental state. CBD is legal in the UK. Notably, there is strong scientific evidence for the benefit of CBD when it comes to certain types of epilepsy. Other effects include anti-inflammatory, anti-anxiety and in pain relief. Indeed, the compound has been shown to reduce or even stop seizures all together.

Stabilising cannabis strains will make the plant easier to study. This is because the amounts of THC, CBD, and other substances in the 65 strains will be consistent. In turn, that will help researchers figure out how changes in the proportions of different chemicals might influence their overall impact.

To demonstrate how this could be extremely valuable from a commercial perspective, Morgan recalled a conversation with a pain specialist. The expert said that, while they had no opposition to prescribing cannabis, what they were concerned about present was the lack of “research or clinical trial data on which to base any sort of prescription”. The work that DJT is completing enables researchers to address these concerns head-on.

Indeed, DJT’s 65 strains will each have different metabolic profiles. Each of these will be relevant to health indications—ailments like epilepsy, pain, and anxiety—shown to be receptive to medical cannabis treatment. Critically, many of these are also areas where the National Institute for Clinical Excellence (“NICE”) has called for additional research.

In particular, DJT will analyse the profiles of the plants with a focus on epilepsy, neuropathic pain, Parkinson’s Disease, and systemic sclerosis. Not only that, but DJT will also filter the strains for other traits like yield and mould resistance.

Using the understanding gained through all of this analysis, as well as insight from the scientific literature, DJT will select genotypes – collections of genes – for a next stage, known as Phase 2. This phase requires additional Home Office Licencing, and would ultimately see DJT’s cannabis become “available for prescription by doctors”.

Morgan noted that the number of cannabis prescriptions from UK doctors is higher since the legalisation of medicinal cannabis in 2018. This comes despite difficulties in studying the drug, and the hurdles doctors must jump through to issue a prescription.

A standard general practitioner (“GP”) cannot issue a medical cannabis prescription under the current law, only re-prescribe it. The initial prescription must come from a specialist.

Additionally, as Morgan explained, “you have to have exhausted all the other opiates and everything else”, making the prescription window “pretty narrow”.

Ultimately, the chair expects the UK to create a regime for dealing specifically with growing of medicinal cannabis, the way Canada and Australia have done already. This opposes the current system, which involves navigating a complex legal system.

There would be many benefits to such a regime, given the UK’s status as “a trusted jurisdiction”. This and more clinical evidence, whether Random Clinical Trials (RCTs) or “Real World Evidence”, would add further legitimacy to cannabis as a medicinal product.

Despite the current obstacles, Morgan noted, the number of patients with a medical cannabis prescription is up sharply. The figure has risen from “around 3,000 patients at the end of last year to more than 6,000 now”. As demand continues to swell, he said Ananda “will grow with the market” as it moves into Phase 2.

Morgan cited increasing education among doctors as a reason for the rise, with clinics working to provide training and awareness. In fact, it was Morgan’s own learning on the subject that made him understand the importance of medicinal cannabis.

“It was only by reading a lot of scientific papers that I started to understand why people were so interested. Because, if you think about it, cannabis has been a drug or a medication that humans have used for thousands of years. It was only when it was banned around 50 years ago that it stopped being used,” Morgan said.

Additionally, the UK itself has an excellent growing climate for cannabis. From 2014 to 2017, Anglia Salads and DJT successfully cultivated up to five hectares of the plant in the UK under natural light and head conditions for GW Pharmaceuticals, the pioneer in pharmaceutical cannabis.

DJT will grow its cannabis in “multi-chappelle structures”. These allow the plants to obtain optimal light, humidity, and heat through entirely natural means. This “plain and green” approach should mean the business is able to obtain “subsidy money and other non-dilutionary funding”.

It seems like the climate, both in the social and environmental sense, is excellent.

With this new licence, Ananda is firmly establishing itself in the growing medicinal cannabis industry at a time when more and more people are obtaining prescriptions for this potentially life changing drug.

This first-mover advantage in the UK should serve the firm well as investor interest continues to multiply.