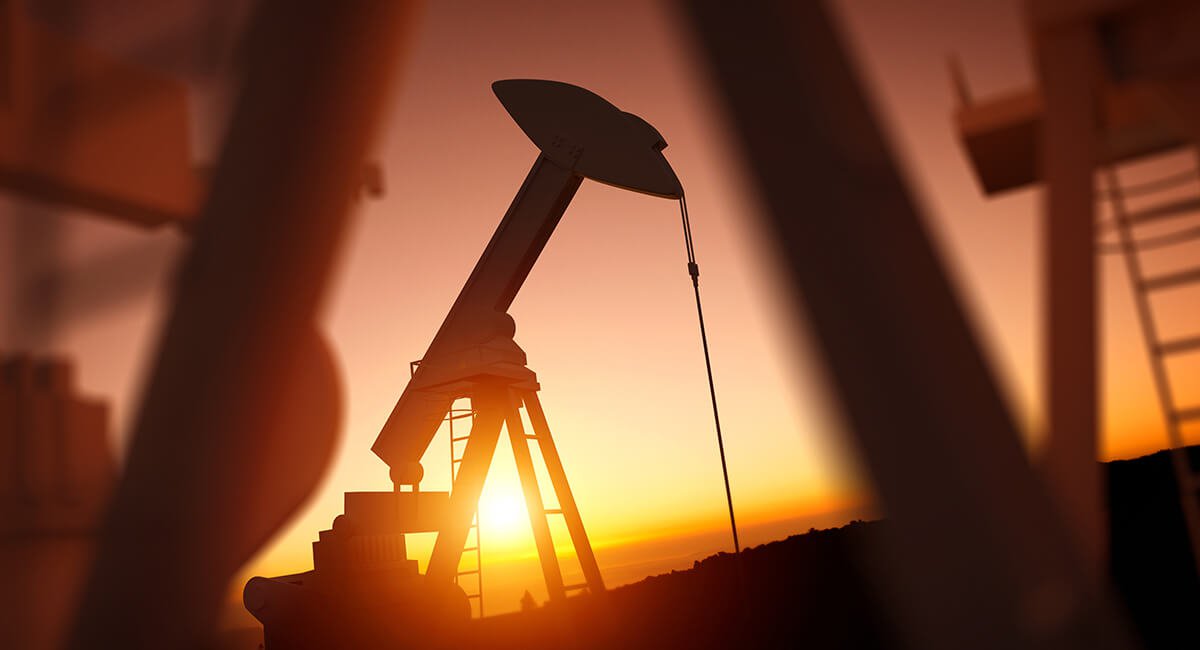 The West Texas Intermediate (WTI) oil price has been steadily rising year-to-date and has remained above $60 a barrel since mid-April. Today it’s approaching $70 a barrel and there are many reasons to believe this will continue.

Brent crude oil is the global benchmark, while West Texas Intermediate is the US benchmark. Brent crude has now peaked above $70 a barrel.

Meanwhile, the Baker Hughes rig count is rising, with the North American count up 61% in a year, from 321 to 519. This should signify more confidence in future oil prices as the rigs wouldn’t be operating without the likelihood of rising demand.

And many signs are pointing to rising demand. With China, the US and parts of Europe showing signs of recovery from the pandemic, an increase in demand for oil is beginning to show.

Covid-19 is still wreaking havoc in India, but US gasoline inventories are trending lower, approaching a 5-year low.

The numbers from OPEC are also lower than analysts expected. OPEC’s preliminary production numbers are showing an increase in output for May, but it’s much lower than authorized. This is because Nigeria and Angola were forced to reduce production and production from Iran also slowed.

Whether OPEC+ commits to increasing output throughout June and July will be decided at this week’s meeting. If it does, the market is thought to be enjoying enough of an increase in demand to easily cope with it.

Furthermore, an IAG report shows OPEC+ could continue to raise output later in the year, even if Iran ramps up its supplies.

RBC Capital Markets believes Russia is likely ramp its output, but Saudi Arabia is more likely to want to keep the status-quo given the high COVID case counts in India and Japan, and expectations of a production boost out of Iran.

The global shift towards electrification and a drive to meet climate change objectives is bringing ESG investing to the fore. ESG stands for Environmental, Social and Corporate Governance each of which an organization must strive to consider when operating. This has led to a rapid increase in ESG funds for institutional and retail investors to buy into.

It’s also leading governments to pressure oil majors to divest their oil producing assets if they want to have any hope of meeting their climate change objectives in a shift to renewables.

In recent weeks major US universities have pledged to stop all fossil fuel investments and move into renewables. Simultaneously, oil is also coming under attack as a major culprit in single-use plastic pollution.

These announcements are driving home the ESG message and putting pressure on businesses to comply.

Just last week Royal Dutch Shell was defeated in a landmark case whereby Shell must slash emissions by 45% (compared to 2019) by 2030. That’s nigh on impossible without divestment of more exploration and production assets.

Shell had already pledged to reduce its greenhouse emissions by 20% by 2030, but the climate case shows this is nowhere near enough. And this may well be the trigger to raise the bar for all Big Oil companies from now on.

BP and Shell have both been vocal in their move into renewables, but it clearly isn’t enough. The trouble is, if Shell does divest these greenhouse gas producing assets to meet the ruling, the buyers can continue to run them, thereby simply making the emissions problem someone else’s responsibility and not actually solving anything.

But that’s not the only recent event signifying big changes afoot in the oil producing landscape.

ExxonMobil is the ultimate in US Big Oil conglomerates. It’s the largest direct descendant of Standard Oil which was founded by John D. Rockefeller and Henry Flagler in 1970, and at a recent shareholder meeting two activist investors were appointed to its board of directors, rallied by activist hedge fund Engine No. 1.

As a staunch oil company, this is a surprising turn of events.

Less agreeable to climate change initiatives than its European peers, ExxonMobil has so far agreed to spend $3 billion on green energy projects over the next five years. Meanwhile, it will spend around $100 billion on its oil projects.

Then there’s Chevron, another US Oil Major facing rising pressures to go green. While Chevron has pledged to reduce its carbon emissions, it’s not yet committed to achieving net zero long term.

But shareholders recently voted 61% in favour of a proposal to cut emissions from its products. Again, this is a surprising move that shows pressure to go green is mounting.

US President Joe Biden has pledged to reach net zero emissions by 2050. This is having an impact on geopolitical decisions across the board.

If a US/Iran agreement comes into play, then the Iranian supply to market is likely to increase.

But Iran producing 6.5 million barrels per day (mbpd) is highly speculative. For Iran hasn’t produced over 4.5 mbpd since the Iranian Revolution of 1979. Although it did achieve 6.5 mbpd in the 1970s. Iran has vast oil fields but they’re old and have been quite well exploited.

Meanwhile, if the oil price stays high, big oil-producing countries such as Russia and Saudi Arabia are likely to be keen to take advantage of it and raise their production to cash in on the price action. But these two have a history of competing on production, which can lead to price declines if they ramp up production too quickly.

In addition, The International Energy Agency (IEA), which is a global energy watchdog, released a hard-hitting report in mid-May, directly calling for an end to fossil fuel production. The flagship report, called Net Zero by 2050 – A Roadmap for the Global Energy Sector states it’s the only way to achieve net-zero emissions by 2050.

Then there’s the ever-present US shale production. US shale has been hammered since Covid-19 hit and many shale companies have declared bankruptcy. Nevertheless, those that have clung on, are keen to ramp up production as soon as it’s economically viable. That’s why the Baker Hughes rig count is steadily increasing.

But not everyone agrees that demand is increasing. For the US refinery, utilization is proving consistent.

Nevertheless, Goldman Sachs (NYSE: GS) expects oil prices to climb to $80 per barrel in Q4 believing the market has underestimated a rebound in demand.

The dollar strength also relates to oil price action. And there’s also the fear of inflation which is keeping investors on their toes. Ordinary inflation caused by loose monetary policy can benefit oil prices. That’s because low interest rates and lots of money in circulation lead consumers to spend. This raises demand for oil, pushing the price up as supply slows. Then producers scramble to keep up.

But a rising oil price can create something called cost-push inflation, which differs from the inflation caused by too much money in circulation.

The trouble with high oil prices is that it leads to higher transport costs, which means companies have to raise product prices. But it doesn’t equate to a rise in income, so consumers end up with a higher cost of living. In turn, this slows economic growth.

It’s a difficult problem to solve because if governments raise interest rates to combat the cost-push inflation, they risk making life even harder.

A hike in oil price doesn’t reduce demand because the demand is static. But this should effectively encourage the shift to renewables long-term because the price comparison becomes less of an issue. Historically, renewables have not been as cost effective as oil, but this is gradually changing.

As previously noted, high oil prices encourage production in far-flung locations, which leads to oversupply and brings prices down again.

But for now, the global shift to green energy is discouraging exploration.

All in all, the price of oil is a complex topic with highly subjective talking points. At the moment there are many factors pointing to a continuously rising oil price. And this is certainly likely to be the case in the near-term, as demand is presently outstripping supply.