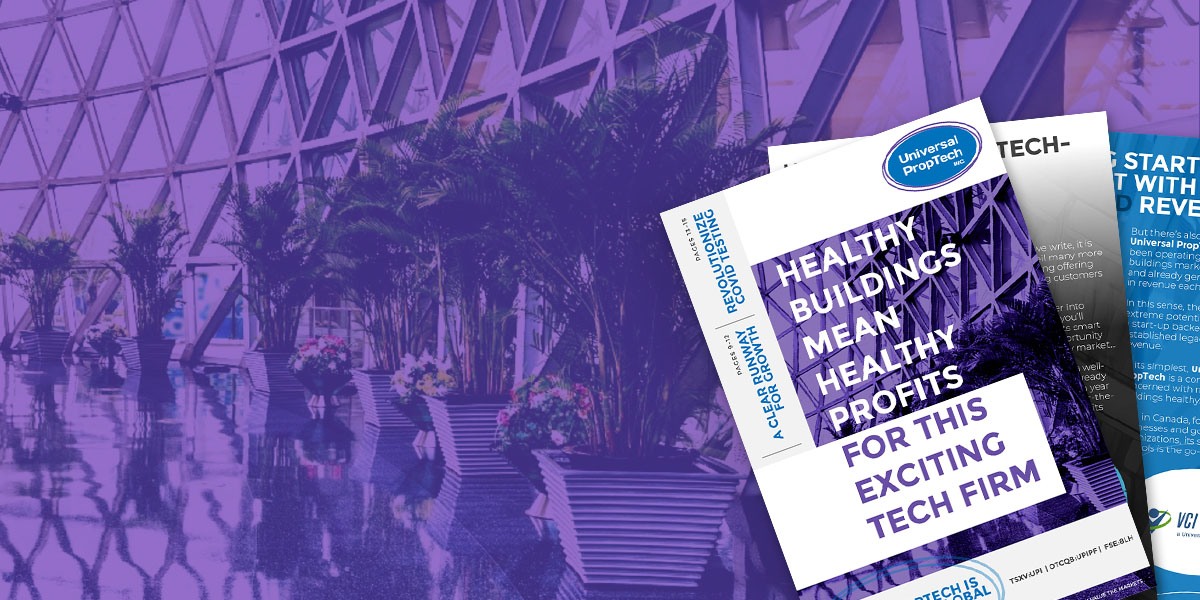 Thankfully, where Covid-19 is concerned, things are much brighter now than they were 12 months ago.

The vaccination roll-out is in full swing, case numbers are falling, and most of us are seeing an end to the lockdowns that we have restricted by since the beginning of 2020.

However, in reality, the shadow of the coronavirus will be present in our day-to-day lives for a long time to come.

Managing Covid-19 will remain essential to avoiding a repeat of last year’s pandemic, which rocked lives and economies worldwide.

We cannot afford to rest on our laurels.

Indeed, it is for this exact reason that the market for Covid-19 testing equipment is expected to grow every year until at least 2027.

One analytics firm even forecasts that it will be worth more than US$80 billion by this point.

And for some smart companies, it also represents a massive opportunity.

You see, though the Covid tests currently dominating the market are very effective, they are also slow and expensive, and they generate considerable waste.

You can see how these problems are ramping up very quickly and very significantly for those in charge.

Bottom line is, there’s a clear gap in the market for something more effective.

So, what if we were to tell you that one under-the-radar Canadian stock has just bought a stake in a data firm trialing a revolutionary Covid test that solves all these problems in one fell swoop?

The potential value of that position alone would make it worth a look at the very least, right?

But what if we said the business also has the exclusive right to sell this technology to Canada’s government and education sectors?

And what if—on top of that—it was currently under-the-radar despite already making millions every year from technology it has been perfecting for decades?

It would sound like an enormous opportunity destined for a significant valuation re-rate, wouldn’t it?

Such a company exists, and it’s called Universal PropTech.

And, right now, smart investors have a chance to get in on this stock before it explodes into the spotlight and onto the radar of mainstream investors.

Universal PropTech has recently taken a stake in a Toronto-based AI company.

And in doing so, it joins a long list of high-profile backers.

Why the big-name interest?

Well, this AI company has developed a platform that takes an entirely novel approach to Covid testing.

Right now, most products on the market are “invasive”.

This means that individuals are required to submit—in some manner—a bodily fluid for analysis.

These tests are highly accurate, but they also typically take around 15 minutes to deliver a result, cost somewhere between $15-20 each, and eventually, must be disposed of.

However, the AI company in which Universal PropTech has invested has developed an alternative, “non-invasive” Covid test designed to address these issues.

First, each individual’s finger is scanned with a harmless beam of light.

Then, machine learning is used to identify whether the blood encountered is in a state of Covid-positive or Covid-negative.

The tests are anticipated to be just as reliable as their “invasive” counterparts.

They generate absolutely no waste. They take just 20 seconds to deliver a result. And, they cost as little as a dollar per test.

In fact, this unique Covid test has been specifically designed for use in locations like airports, government buildings, schools and campuses, and entertainment complexes.

Invasive tests are too slow, expensive, and unsustainable to be properly effective in these sorts of large, high-footfall venues, so demand for a quicker, cheaper, and greener alternative is effectively guaranteed.

That demand is likely to be huge.

All that’s left, then, is for this AI company to get regulatory approval and get its Covid test into the market.

The good news is, it’s already well on its way to crossing this hurdle—a clinical trial has now begun thanks to regulatory approval and grant funding, and proof of concept has been established by several published studies.

And when this Covid test platform gets the green light, Universal PropTech will stand as one of the biggest beneficiaries.

You see, as mentioned, the firm has a direct equity stake, giving it exposure to a portion of all of the company’s upside.

But it is also the firm’s exclusive sales agent for the Covid test platform across the government and education sectors in Canada, and will receive a commission on every license fee paid.

No wonder Universal PropTech plans to begin selling the product “aggressively” as soon as it can.

Given the sheer scale of these sectors—which cover everything from federal, provincial, territorial, and municipal facilities, to primary, secondary and post-secondary education facilities across Canada—these sales alone could carry enough weight to allow for a very significant uptick in the Universal PropTech’s valuation.

Remember, we’re talking about a market that is on track to be worth more than $80 billion globally.

And that’s not even to mention the fact that the AI company plans to apply its Covid testing platform to many other areas in the future like drug impairment and nutritional health.

It all points to a very bright future for Universal PropTech.

But this AI company stake is far from the only opportunity in the firm’sportfolio.

In fact, Universal PropTech looks attractive on the basis of the revenue it is already generating in other areas of its operation.

But the truth is that this company already boasts decades of legacy.

Indeed, it is the sole owner of a subsidiary called VCI Controls, which is focused on what’s known as the “healthy buildings” market.

In short, this means that it provides turnkey heating, ventilation, and air conditioning systems to commercial, institutional, and multi-residential real estate developers, owners, and operators.

These systems aggregate key automated data about buildings, which VCI then fine-tunes to make the building run as efficiently as possible—cutting bills by 15% to 30% with minimum capital expenditure.

But VCI’s controls have been used in Federal Government and marquee facilities for more than 40 years.

The company’s long-term clients even include the Canadian Government, Canada Post, and Toronto City Airport.

And—perhaps most importantly—through VCI, Universal Prop Tech has consistently generated millions of dollars of turnover and gross profit for years.

On this basis alone, the company is attractively valued compared to the wider building technology sector.

Just look at the table below, which shows that its enterprise value and price/sales ratio sit at a mere fraction of some of its peers.

So, when you add in the potential value that its Covid testing opportunity could shortly add into the mix…

And, when you also throw in the fact that the company recently started an aggressive drive to expand VCI into the $6.3 billion property technology—or PropTech market…

One with a particular focus on investments, partnerships, and acquisitions in the booming post-Covid markets for indoor air quality monitoring and air purification equipment and renewable resource solutions in buildings…

You’re really looking at a very rare opportunity for major profit growth that has slipped entirely under the radar of most investors.

But with more PropTech partnerships and developments in the pipeline, a strong cash balance, and the ground-breaking Covid testing technology moving every closer to approval, Universal PropTech is unlikely to go unnoticed for much longer.

Without a doubt, the time to seize this opportunity is now.