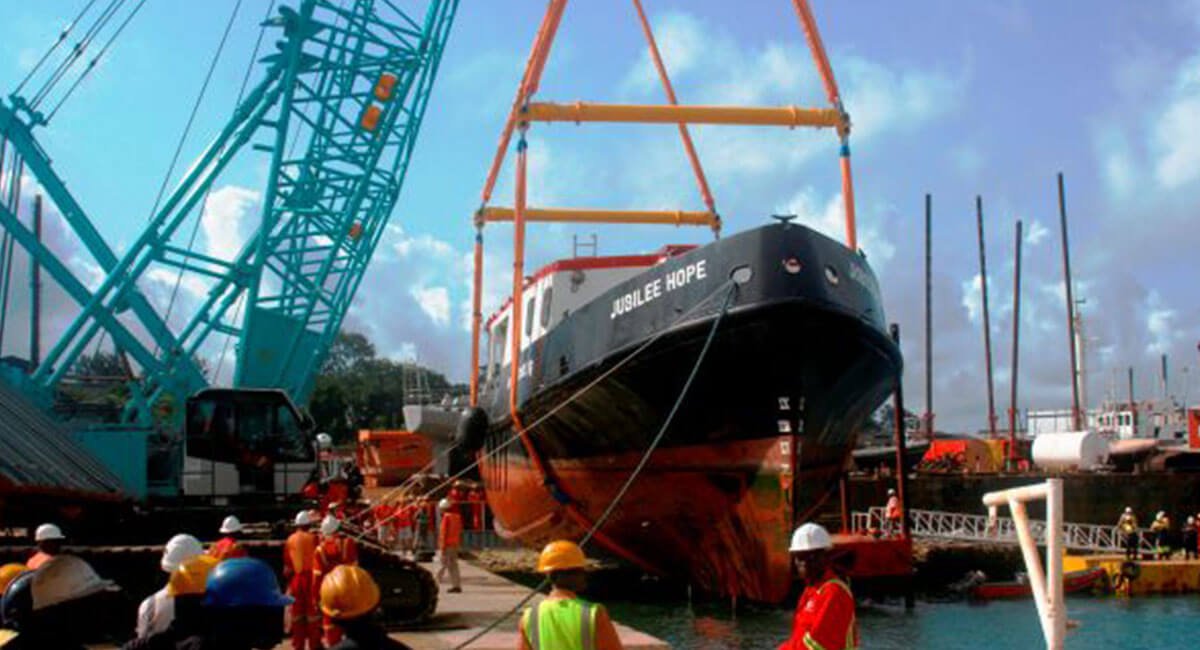 Anglo African Agriculture (LON: AAAP) is about to close its biggest deal yet.

The company is heading in a radical new direction with its soon-to-complete acquisition of The Comarco Group, a Kenyan port and marine logistics firm.

Everything is about to change for the herbs and spices business owner as it takes over east Africa’s largest marine fleet.

The combined business will go by the name Agulhas Group Africa (LON: AGAP).

In fact, the combined company has plans that could add more than $1 million to revenue every single month.

Right now, investors have the chance to be part of this rapid and bold expansion…

The opportunity to get exposure to this game changing deal would be difficult for anyone to pass up.

It was a 2018 strategic review that sparked Scott’s plans for the Comarco reverse takeover.

This work found that the firm’s existing herbs and spices business, Dynamic Intertrade, did not justify a listing.

Taking this as a challenge, Scott set out immediately to find a suitable target that would more than justify entry to the public market.

From here—as with goldilocks and the three bears—he looked at three different businesses. Eventually, he settled on Comarco as being just the right one.

Started in 1971, Comarco recently completed its fiftieth year of trading and operating, having started off as a relatively small diving company. Over time, Comarco transformed into a business with its own oil services port and marine logistics capability.

The firm now operates in the marine logistics space throughout Africa’s entire eastern coast. It also has a private port in Mombasa, Kenya.

“We have worked from the Gulf to India all the way down the coast,” Phillips tells us. “Djibouti, Somalia, Mozambique, Kenya, Tanzania, South Africa, across into west Africa on occasion. We also operate on the region’s islands, including Madagascar, Comoros, Seychelles, Réunion and Mauritius.”

When the international oil price crashed in 2014, from more than $100 to less than $40, it dealt a blow to Comarco’s business.

And, while oil prices have now risen significantly, they are yet to return to their pre-crash highs.

Determined to succeed and adapt, Comarco revitalised its strategy.

Specifically, the company decided to “treat oil and gas as just one potential customer and not the sole focus of the port”, as Phillips puts it.

In doing so, it created a “more conventional port operation” involved in importing and exploiting other cargoes beyond the energy sector specifically.

Fast forward to the end of June 2019. Comarco had received permission from the Kenya Revenue Authority (KRA) and the Kenya Ports Authority (KPA) to operate its private port facility “on the same legal standing and footing as a normal port in Mombasa”.

This enables the company to handle bulk cargo, including iron ore, coal, fertilizer, and steel.

Additionally, the port can deal with cargo relating to oil and gas or other projects. This includes for “infrastructure development within east Africa”.

There are still oil and gas sector companies operating from its Kenyan port, including Halliburton (NYSE: HAL) and Chinese firm BGP.

Comarco has additionally prequalified to offer its port for Italian company Eni’s (BIT: ENI) drilling programme in Kenya. This will take place around November.

All the while, the firm’s marine fleet has been growing organically since the seventies. It focuses on tugs, barges, landing craft, and support craft.

Today, the firm has the ability to move cargo not only in and out of ports but also off beaches and to conduct transhipment at sea.

On top of all this, Comarco has responded well to the pandemic.

An April update revealed that despite Covid-related lockdowns and business interruptions, the company has managed to operate in line with management budgets.

All-in-all, Comarco offers a premier logistics solution in Africa. This is especially true in areas “where the infrastructure is not as developed as it may be in Europe”.

Confirmed by both Scott and Phillips, the Comarco transaction is but a small step in a larger strategic play. Ultimately, the goal is to become a Pan-African port and marine logistics solution.

Add in the fact that Comarco now has “the largest marine fleet within east Africa”, and it’s clear that Anglo African Agriculture is winning on multiple fronts here.

Particularly as the takeover comes when Comarco is both affordable after recent challenges and driven by a clear path forward.

Indeed, the acquisition by Anglo African will help Comarco to further developing its port and marine plans.

Ultimately, Phillips explained, this will let the firm “grow and recognize its full potential”.

Goals include constructing a deep-water jetty at the firm’s Mombasa facility. This will enable it “to handle vessels of significantly greater size” such as those carrying bulk commodities.

This could see port revenue “significantly increase”. In fact, it could add perhaps $1 million to $1.5 million per month on top of existing revenue.

Alongside this, funds will also go towards upgrading and improving Comarco’s marine fleet. With this, vessels will meet the more stringent age requirements for vessels working in the oil and gas area.

This is in preparation for a planned major liquefied natural gas (“LNG”) project in northern Mozambique, involving construction of a $20 billion facility.

Palma, the focus of the LNG development, is just 140 miles from Comarco’s Mombasa port.

French firm Total (EPA: TTE) and Eni are partnering on the project to create one of Africa’s largest infrastructure developments.

In fact, Phillips noted, “the consensus is that capital spend on this project is going to be an excess of $100 billion”.

And this is far from the only major LNG potential on Comarco’s radar. Indeed, Tanzania is to start constructing a delayed LNG project worth some $30 billion in 2023.

Talks with Equinor (NYSE: EQNR) and other partners, such as Exxon Mobil (NYSE: XOM) and Royal Dutch Shell (LON: RDSA), resumed recently under a new government. Construction is expected to take around five years.

Tanzania has been considering its LNG plans since 2014. However, there has been a greater push under the country’s latest president, Samia Suluhu Hassan.

Great position to make the most of Mozambique LNG project

Back to Comarco’s main LNG project in Northern Mozambique, and work has been stop-start so far. It shut down for six months due to Covid-19 and then again due to “some fairly significant security infractions”, as Phillips phrased it.

Specifically, an armed Islamist group attacked the town of Palma in Mozambique. The attack caused many civilian casualties and displaced tens of thousands of people.

Phillips expects the site to reopen “within the next six to twelve months”. This gives Comarco and Anglo African Agriculture time to complete their RTO and start upgrading the marine fleet ahead of work resuming.

Currently, the two are aiming to complete the deal in the next eight to 12 weeks.

“The timing is just right in order to enable Anglo African Agriculture to take advantage of both the port and the oil and gas opportunities developing in east Africa in addition to our ongoing work outside of those spheres,” added Phillips.

The Mozambique project is still waiting in the wings. Anglo African Agriculture and Comarco are in a great position to make the most of it.

All that’s needed is a capital injection, and the transformation will be complete.

As Scott put it: “We believe that by bringing in some financial muscle, getting some economies of scale, and being at the right place at the right time, we’ll be able to generate the returns that our investors want.”

With Anglo African Agriculture, investors are gaining access to a powerful metamorphosis. The acquisition transforms the company itself while Comarco, in turn, is completing a change.

Investors know that these times of transformation are the perfect moment to invest – when the future looks bright, but not everyone can see it yet.

Scott was not satisfied with Anglo African Agriculture’s scale as a spice business. He decided to do something about it. Likewise, Comarco was not afraid to modify its own model in response to lower oil prices.

And, thanks to these bold moves, there is so much to look forward to. The port and fleet upgrade, as well as the LNG development, follow smoothly from the shift handling bulk cargo as well as oil and gas.

Any of these could spur on a re-rate for combined business Agulhas.

The acquisition itself, now on the verge of completing, is perhaps the most exciting transformation of all and the biggest reason to get on board.