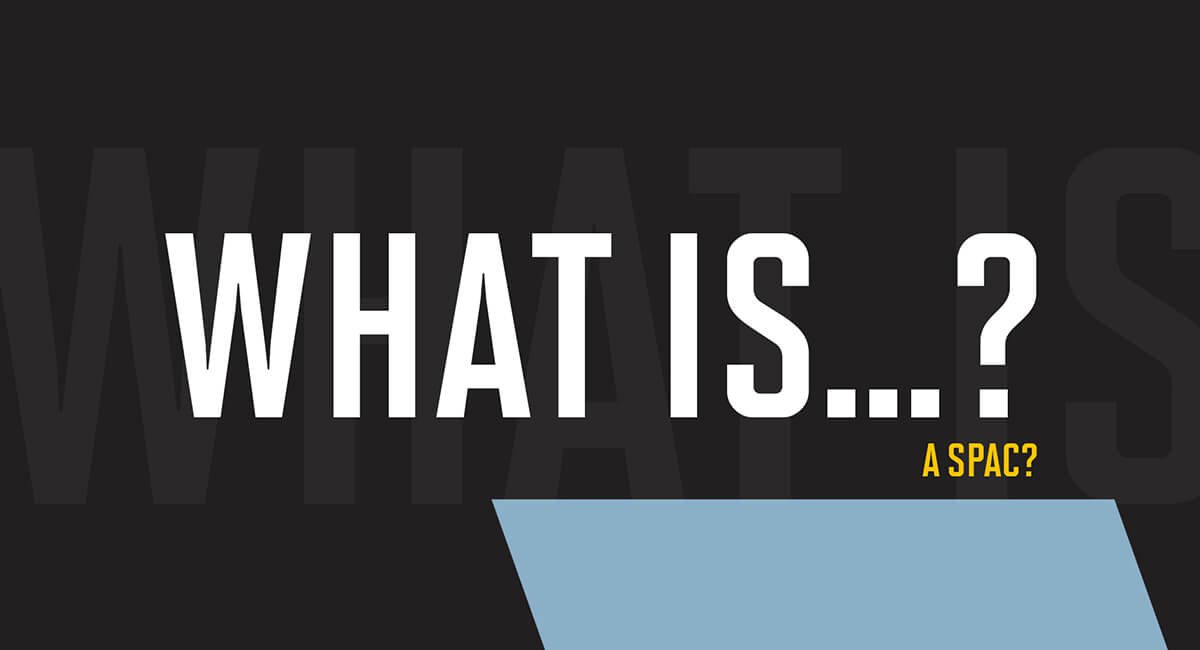 SPAC is short for Special Purpose Acquisition Company – though it’s also sometimes known as a ‘blank cheque company’ – and they have become one of Wall Street’s biggest trends.

In essence, a SPAC is a company that doesn’t have any commercial operations, meaning it doesn’t actually make or sell anything. Instead, it’s a kind of shell company that is specifically set up to raise funds to purchase an already existing private company.

Generally, SPAC investors can be everyone from well-known private equity funds and high-profile CEOs to the general public.

More SPACs have been created in the last two years that in the previous 18 years combined, and it isn’t showing signs of slowing down any time soon.

How does a SPAC work?

A SPAC is usually set up or sponsored by institutional investors or Wall Street professionals with an interest or experience in a particular industry. These founders may have an interest in a particular company or couple of companies. However – crucially – they will not disclose who that company is, hence the reference as a ‘blank cheque company’.

What this means is that SPAC investors ultimately have no idea what company they will be investing in. Because of this, a SPAC may look for a big-name institutional investor to act as a persuasive tool. It’s important to bear this unknown quantity in mind if you’re thinking of investing in a SPAC. This is quite literally as close as you will get to a blind investment.

There are a few different reasons that a private company might decide to sell to a SPAC. For many it’s simply the case that going public through SPAC acquisition (SPACquisition, anyone?..no?..) is far more flexible and less hassle than going through their own IPO.

The financial market can at times be a fickle mistress, and its sensitivity to new companies can vary depending on a number of things. From socio-economic factors right through to the risk appetite of investors, there are many things for a private company to consider. Because of this, many private companies may prefer the experienced guidance that most SPACs will offer.

On top of the simplified process, SPACs are an attractive option to many private companies because it can actually be better value for them.

In a SPAC merger, private companies can negotiate their own value, meaning they could feasibly make more money from this process than going through their own IPO.

When you add these two enticing factors together, you can begin to see why this type of investment has become so popular.

While you may be new to the concept of a SPAC, you might be surprised at some of the huge companies who have the SPAC process to thank for their public listing. Here are just a few examples:

DraftKings started life as a daily fantasy sports company, before later dipping its toes in the world of bookmaking. While the company may be one of the new kids on the block, it has fast become one of the biggest names in the industry. DraftKings merged with SPAC Diamond Eagle Acquisition Corp, initially announcing the deal at the end of 2019 before finalising the process in April 2020.

Richard Branson’s Virgin brand is well-known around the world and its space tourism company is no exception to this. The commercial service that aims to put humans in space merged with Chamath Palihapitiya’s Social Capital Hedosophia Holdings in 2019. The deal saw Virgin Galactic become the world’s first publicly traded commercial human spaceflight company.

The instantly-recognisable US food company has a heritage that stretches back more than 100 years. But, in 2020, the family run company set it sights on becoming a national snack powerhouse. Utz merged with Collier Creek Holdings in a $1.56 billion deal that completed in late August 2020.

Where is the Value