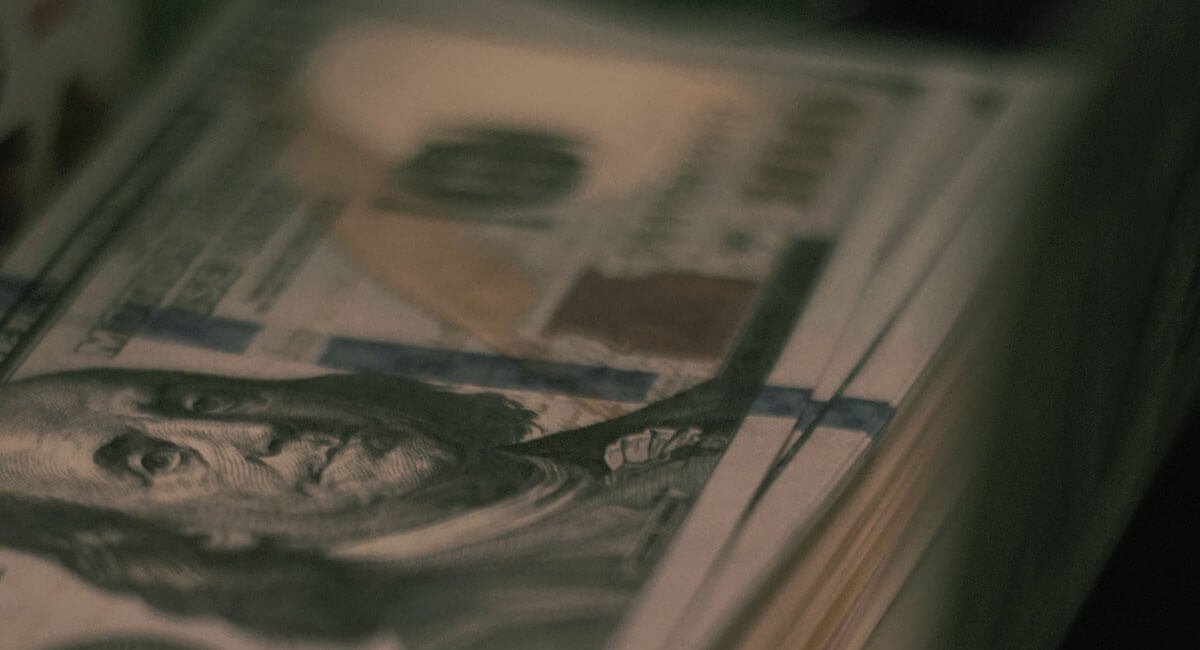 SPAC stands for special-purpose acquisition company. When a private company decides to go public, they have various options open to them. The SPAC route is one of them.

In the past eighteen months, activity in the SPAC market has exploded. Over half the initial public offerings now revolve around SPACs.

Crazier still, the total proceeds raised from SPACs in a recent six-month period is more than all SPAC activity in the eight years between 2009 and 2017.

Why the sudden interest?

It seems the allure of easy money is too compelling to resist.

For SPACs are not only a quicker and easier way for private companies to go public, but they’re also cheaper and much less stringently regulated. However, this leaves them open to several money-grabbing opportunities for institutional and sophisticated investors.

The path to going public via traditional IPO is paved with regulatory obstacles and compulsory disclosure constraints.

The disclosure guidelines are less stringent, and the company can present forward-looking financial statements with more ambitious claims than a traditional IPO allows.

While this all sounds great for those behind the SPAC, it’s not such great news for the investors left holding the stock at a loss.

As the way a SPAC is structured, means share dilution often occurs shortly after public consolidation. This can rapidly lead to investor losses.

Check out our handy ‘What Is..? guide to SPACs

How an IPO and de-SPAC process differ

Although at first glance the SPAC route seems similar to an initial public offering (IPO), the process and structure vary.

Moreover, the US Securities and Exchange Commission (SEC) considers SPACs and IPOs quite differently.

This has led newer and less established companies to opt for a SPAC over an IPO. That’s because, in the current financial environment, market valuations trade on the speculative outcome and future potential of the SPAC, as opposed to the proven historical trajectory of the private company.

The Wall Street Journal recently noted the forward-looking statements would be ridiculous even for long-established companies, but for relative unknowns, it would take a miracle to pull it off.

For context, consider Google (Alphabet (NASDAQ: GOOGL)) took eight years to achieve $10 billion in sales. This put it in first place as the fastest start-up to achieve a $10 billion status.

And Fisker has gone one step further in its bold claims with a goal to produce a climate neutral EV by 2027. Considering Fisker has not yet brought a single vehicle to market, this is a lofty goal indeed.

The route to public listing is much faster for a SPAC than an IPO. It can raise money quickly because the fundraise is all about the money-making possibilities.

The SPAC has no financial or operating history, it’s a brand-new entity with an exciting vision. Very often it will have big names with an impressive track record behind the SPAC, which encourages speculative investment.

For instance, Chamath Palihapitiya and Bill Foley have each created a string of SPACs and raised considerable funds thanks to their larger-than-life reputations and convincing pitch.

So far, several have launched including Virgin Galactic (NYSE:SPCE) via IPOA and Clover Health Investments (NASDAQ: CLOV), via IPOC.

Following its de-SPAC Date in October 2019 the Virgin Galactic share price had fallen 34% by the December. Today, its share price is down 52% from its 52-week high but is 172% above its initial IPOA price.

Meanwhile, Bill Foley is the former CEO of Fidelity National and owner of the Vegas Golden Knights. Some of his recent SPACs include Austerlitz Acquisition Corp. I (NYSE: AUS) which is targeting Wynn International, and Foley Trasimene Acquisition Corp. II which recently took Paysafe Group Holdings (NYSE: PSFE) public.

Investing in a SPAC before the target company is named, is akin to buying a storage locker or a mystery bundle online. It’s a gamble.

A traditional IPO comes with detailed paperwork, disclosures, and stringent background checks so investors have a clear idea of what they’re getting into.

The SPAC process is shrouded in mystery and the acquisition company has up to three years to declare its target. Some investors will get lucky and strike it rich, while others will be left holding the bag.

All-in-all the SPAC launch is largely based on speculation, while an IPO has solid fundamentals for investors to comb through and consider.

The majority of SPACs start life at around $10 a unit. At which time investors can buy the units which are a combination of common stock and warrants.

Once a target is approved and the de-SPAC process has been completed, the original SPAC shell no longer exists. The new entity is publicly traded under a new ticker and its original $10 SPAC units convert separately to common stock and warrants.

Be wary of warrants

A warrant is a long-term call option, giving the buyer the option, but not the obligation, to buy newly issued shares of the company at a date in the future. These warrants usually have a five-year term and strike price of $11.50.

The difference between ordinary call options and warrants, is that call options are traded among buyers and sellers, but warrants are a deal between the buyer and the company directly.

Therefore, if the warrant holder wants to exchange their warrants for shares, the company is obligated to issue new shares.

So, if the buyer of the warrant patiently waits until the share price rises, for instance to $20, they can then buy shares at $11.50. The company must issue new shares at $11.50 each, in exchange for the warrants. And effectively, the buyer could immediately sell those shares at a considerable profit.

In any case, the newly issued shares dilute the share pool for all shareholders. This will most likely cause the share price to fall.

The warrants have a mandatory conversion clause with a short time frame. For instance, if the stock price goes above $18 in 30 days, the owner of the warrant can buy the shares at the strike price (i.e. $11.50).

Warrants provide an arbitrage opportunity to those buying them, but for everyone else they may prove a curse.

In it for the money!

At the initial SPAC launch, prior to revealing a target acquisition, the company must retain 90% of IPO proceeds in an escrow account to make the purchase.

In the event that a SPAC does not find a target company within the designated time frame, then the money can be returned to shareholders. Therefore, the escrow holdings act like an insurance policy for early investors.

This is reassuring and helps ensure SPACs attract considerable investment from the institutional investing community.

But that’s not all, as described in the warrant process above, there’s considerable money to be made for these savvy investors getting in on the action early.

As the initial SPAC launches publicly, its $10 units are distributed as a combination of common stock and warrants. After a certain period, following the IPO, the SPAC often splits into three publicly traded parts: common stock, warrants, and combined units.

The institutional investors love this setup because not only do they have voting rights on approving the new business acquisition. But they can also redeem their shares for a per-share value of the cash stored in escrow.

Those holding units, often hedge their bets by redeeming their common shares for cash while retaining the warrants to redeem at a later date.

It’s as close to a risk-free trade as is possible in this day and age, so it’s no wonder SPAC activity has exploded.

In a nutshell: An early SPAC investor can buy in at $10, sell back at $10 before the target is declared. Then redeem the warrants when the share price rises at any point in the following five years.

The road to dilution

This close to perfect money-making opportunity has big wig investors arriving in droves – with powerful incentives to promote the stock.

Meanwhile, it accelerates the likelihood of share price dilution in the months after a SPAC consolidation (de-SPAC) has occurred.

The institutions are a sizable force redeeming their shares for cash, leaving a reduced pot of cash available to buy the target company.

And it turns out around 75% of SPACs are facing this shortfall, with around $6.67 per share in escrow, rather than the required $10.

At this point, the shortfall must be found, or the deal will fall apart.

This PIPE process has been dressed up as an exciting opportunity for shrewd investors to get on board.

It also provides the perfect marketing opportunity to promote their involvement.

While the PIPE market can provide a lifeline, it’s also got its own agenda and clearly wants to make money.

Therefore, the PIPE funds may be raised at a discount to the $10 share price. This again dilutes the value of the common stock. Or in a worst-case scenario, it doesn’t raise enough funds and the company consolidation can’t go ahead.

In Klausner and Ohlrogge’s A Sober Look at SPACs the process is explained further:

“by the time the median SPAC merges with a target, it holds just $6.67 in cash for each outstanding share. We find, first, that for a large majority of SPACs, post-merger share prices fall, and second, that these price drops are highly correlated with the extent of dilution, or cash shortfall, in a SPAC.”

Does the SEC investigate SPACs?

“This case illustrates risks inherent to SPAC transactions, as those who stand to earn significant profits from a SPAC merger may conduct inadequate due diligence and mislead investors.”

Not all SPACs are bad

It’s not all bad. There are certainly some good solid companies among the less reputable. But sifting through and finding the good ones is a mission.

Many of these companies are not yet generating revenue, making their future projections even more speculative.

For the ordinary retail investor, the opportunity to make big money quickly makes SPACs attractive. But there are a lot of heavyweight investors behind the deal, each taking a cut. And many with conflicting interests in its success.

Therefore, it’s important for ordinary investors to go in with their eyes open.

Studies have shown, most SPACs led by investing community sponsors underperform both the public markets and traditional IPOs in the first year of trading.

Nevertheless, SPACs led by industry professionals, such as a CEO from the same industry as the target company, have historically outperformed. This gives ordinary investors a key metric to look for when considering SPAC investment.

It’s vital that anyone considering a SPAC investment or a private business going public via SPAC fully understands the process and conducts appropriate due diligence beforehand.

This includes evaluating any potential conflicts of interests, the feasibility of business plans, and all related costs.