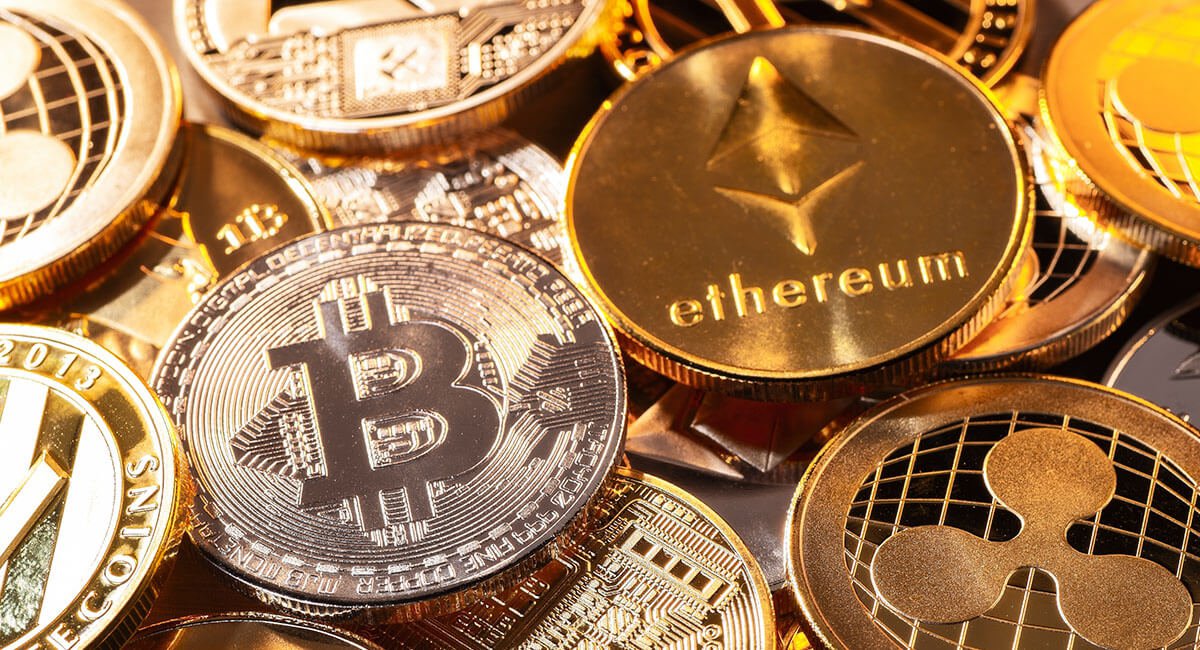 The Flippening is the term used for the supposed occasion when Ethereum ($ETH) overtakes Bitcoin ($BTC) as the most prominent cryptocurrency on the market.

Bitcoin bulls doubt the Flippening will ever happen, but with many mainstream businesses adopting Ethereum for their blockchain needs, it remains a possibility.

In recent months talk of the Flippening has become more prominent, with many industry experts claiming it’s just a matter of time.

What determines ‘The Flippening’?

While the primary metric deciding a true Flippening is the market cap, there are many more paving the way. These include the number of transactions on the network, the dollar count changing hands, and adjusted trading volume.

At the moment, Bitcoin has a market cap of around $591 billion. This is significantly lower than the trillion-dollar-plus it saw earlier in the year.

According to Coinmetrics, the Transaction Count shows the relation of total on-chain transactions on the network. It seems Ethereum has already flipped Bitcoin in this metric. It’s also flipped it for the total dollar value of fees paid to make a transaction on the network.

Check out our handy ‘What is..?’ guide to cryptocurrency

Several factors have contributed to this decline, discussed in more detail below.

Bitcoin arrived in 2009 and has since grown exponentially to achieve global notoriety.

The appeal of Bitcoin lies in its decentralized open-source nature. As any one authority does not govern it, it offers the potential for a fairer society.

However, it has lost its altruistic identity in recent years, as scammers and influencers take advantage of the masses.

Nevertheless, Bitcoin is the original and favorite cryptocurrency for now.

Smart contracts are essentially collections of code that perform a set of instructions while operating on the blockchain. They are popular because they are efficient, trusted, and cost-effective.

Ethereum powers decentralized finance (DeFi), non-fungible tokens (NFTs), and Web 3.0 apps. This has brought an influx of capital into the Ethereum network over the past year.

Ethereum bulls see its price hitting $10,000 by the end of 2021, but that seems farfetched in the current environment.

Why is the crypto value dropping?

The volatility of cryptocurrency is notorious. This shows investors need to be prepared to HODL (a colloquial term that means hold on for dear life) if they stand a chance of making a return on their investment.

The reason for crypto’s recent decline is largely in response to China cracking down on Bitcoin mining. Meanwhile, other countries are also taking a tougher stance, and several Central Banks are looking to issue their own digital currencies.

Elon Musk’s influence over sentiment in the crypto community has also been an issue, although probably to a lesser degree than portrayed in the media.

Concerned over the lack of renewable energy used to mine Bitcoin, Tesla (NASDAQ: TSLA) controversially stopped accepting it as payment for vehicles. Now, Musk claims it will restart accepting bitcoin once it’s completed sufficient due diligence.

Another big threat to all cryptocurrencies is growing distrust. Many outwith the crypto community increasingly view it as nothing more than a casino built on a Ponzi scheme.

There’s another narrative that keeps fanning the flames of fear, and that’s the talk of Quantum Computing arriving in the next few years.

China is well on its way to building a Quantum computer, and many other countries follow in its footsteps. This would be a computer unlike any gone before, and it would have the power and capability to break encryption, hack the entire Bitcoin network and empty all wallets.

Meanwhile, the 10,000 digital tokens in circulation all run on an external blockchain, most commonly Ethereum. Therefore, each of them is wholly reliant on the underlying cryptographic strength of its network.

But the arrival of a powerful enough Quantum computer would not just put crypto at risk. The entire monetary system may also be in danger of being hacked.

Yet, it’s not as scary as it seems. Quantum is unlikely to arrive overnight so that security updates can be implemented in preparation.

Cryptocurrencies already use a process called forks to update and protect against weaknesses. In theory, post-quantum encryption security could be applied, via a fork, in time to outwit any threat.

In fact, there are now a small number of digital coins designed to be Quantum resistant.

A clear signal in support of the Flippening

The Celsius Network is a digital platform where users can earn yield and rewards on their crypto. It has close to a million community members and more than $15 billion in community assets. It’s also processed over $8.2 billion worth of loans.

With so many members and on-chain transactions, the Celsius Network, CEO Alex Mashinsky, has credible insight into the state of play across the cryptocurrency landscape.

Earlier this month, Mashinsky said he sees clear signs that the “Flippening” has already happened within the HODLer community on the Celsius Network. A situation he believes is a precursor to real-world happenings.

He also backs this view up with the valid reasoning that the likelihood of demand for Ethereum outpacing demand for Bitcoin seems logical over time. That’s because, as a use case, Bitcoin is seen as a store of value, while Ethereum is primarily bought to generate a return on investment.

Therefore, it stands to reason that more people will be buying for yield than buying due to fear of Fiat currency losing its value.

Ethereum is now working hard at marketing its product. For instance, celebrities Ashton Kutcher and Mila Kunis brought Ethereum founder Vitalik Buterin into their kitchen for a random Twitter video explaining what Ethereum is.

This could effectively go a long way to outpacing Bitcoin, particularly as Bitcoin’s founder is unknown.

Overall, there’s a consensus that the Flippening could happen. But the support of Bitcoin remains overwhelmingly strong, and it seems unlikely in the near future.

Ethereum overtaking Bitcoin in market cap largely depends on the number of individuals and mainstream companies adopting DeFi. If the flow accelerates at pace, which many believe it will, the Flippening could occur in the next few years.