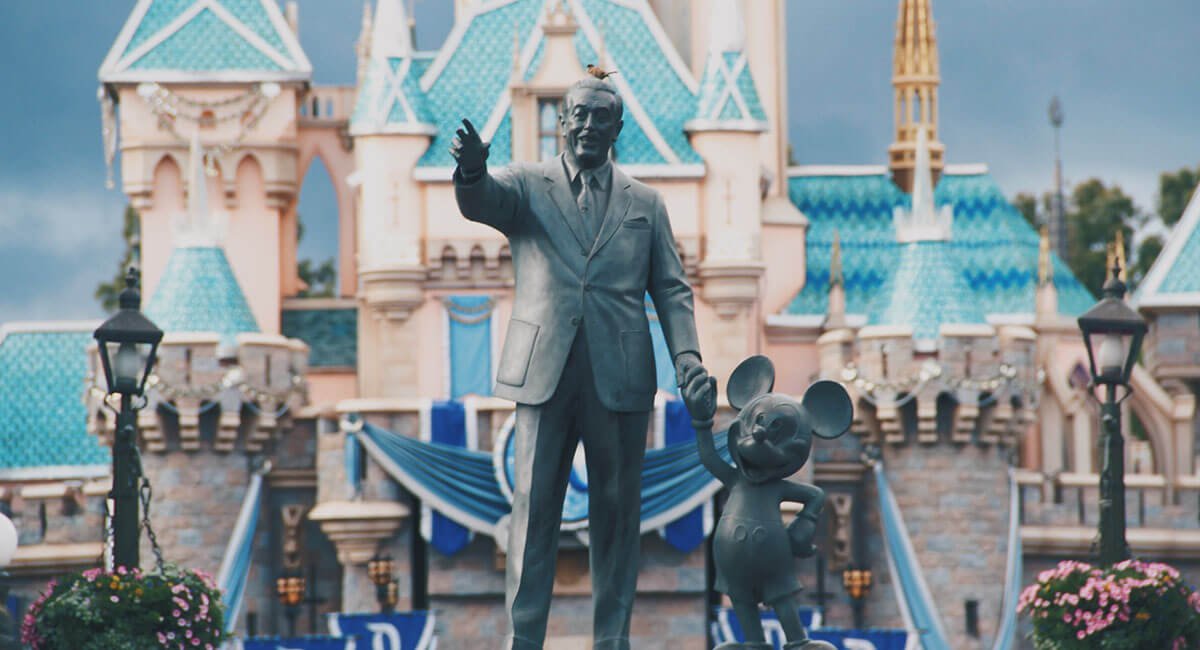 Well known for their theme parks and animated as well as live action films, Disney is one of the biggest and most recognised companies in the world. In recent years, Disney has expanded into the world of streaming with the launch of its first streaming service, Disney+ in November 2019.

Disney’s move into the fast-growing streaming industry was applauded by Wall Street and has helped the company weather the effects of the pandemic, blowing past Wall Street expectations and helping Disney stock to beat analyst expectations.

Although it appears that Disney is going from strength to strength, investors are asking is Disney a good investment and should I buy Disney stock?

Since Netflix pioneered online streaming in 2007, every media company in the world has rushed to get in on the action, but none of these companies have gone as hard and as fast as Disney.

In addition to Disney’s existing backlog of content, which it did not need to pay for, it also has the creative and financial clout of some of the most respected movie production companies in the world, such as Pixar and Lucasfilm.

The competitive advantage Disney has over other companies cannot be overstated. The Disney+ service provides unrivalled access to some of the most successful films of all time, especially children’s movies. Many of these films can’t be found elsewhere without paying for each one individually.

The streaming service has recently added 8 million new subscribers globally, sending Disney stock up 2.2% immediately after the results were announced. However, the market is now placing a significant premium on this growth. Shares in the entertainment company are trading at an eye-watering forward earnings multiple of around 75.

This suggests investors are putting a considerable amount of weight on the growth of Disney+. They may also be overlooking the company’s other operations, namely its theme parks and films, which have been significantly impacted by the pandemic although.

What is the bull case for Disney?

A recent report claims that Disney+ will be the world’s largest streaming service by 2026. The report estimates that by 2026, Disney will have a global total subscriber base of 294 million compared to Netflix’s 286 million.

Much of the company’s future success will be determined by growth in the Indian market. India is a battleground for streaming services as the country has over one billion consumers, representing the largest single market globally, outside of China.

Disney’s strategy in this market has been to partner up with an existing business. Hotstar streamer is the firm’s partner in India, which is already established and has exclusive streaming rights to the highly popular Indian Premier League cricket competition, a factor that differentiates them from competitors.

Breaking this all down to try and develop a valuation for Disney stock is not easy. There are some other things to consider here as well. Unlike Netflix, Disney has always been a content business.

Disney owns the content it can sell to consumers, which means it does not have to try and outbid other outlets for content rights. This suggests a dollar of revenue generated by Disney+ is far more valuable to investors than the same dollar generated by Netflix, making Disney an attractive investment opportunity.

What is the bear case for Disney?

While Disney’s expansion across India will power the growth of the streaming service for the next five years, according to the previously mentioned report, due to the lower subscription cost, global revenues for Disney+ will only be at $20.76 billion – half of the $39.52 billion made by Netflix by 2026.

Given that Disney isn’t an essentials company like Amazon, its resilience could be brought into question. But while Disney may have been through short term struggles during the global pandemic it has the tools to get back to growth, particularly when filming and travel can resume and theme parks can fully reopen without restrictions and operate at full capacity.

Investors looking to buy Disney stock now may experience some volatility in the near term, but this could present a good opportunity to acquire Disney stock before the price rises and has the potential to deliver a good return.

Should I invest in Disney stock?

Disney stock may seem expensive today, but the real power of streaming services lies in the ability of the service to increase prices.

Netflix has successfully tested this model over the past decade. The company has been able to raise prices steadily without losing a large number of consumers. In doing so, the business has moved to the position where it is now seriously considering returning cash to investors. Disney may be able to do the same.

If the company can increase costs to consumers by 5% to 10% every year, with a subscriber base of more than 200 million, Disney+ revenues could grow exponentially. In this situation, when coupled with the resumption of its other activities such as cruising and theme parks, the stock may actually be undervalued at current levels compared with its potential over the next decade.

Despite the short term volatility that could be expected with Disney stock, investor confidence is high in its future potential.