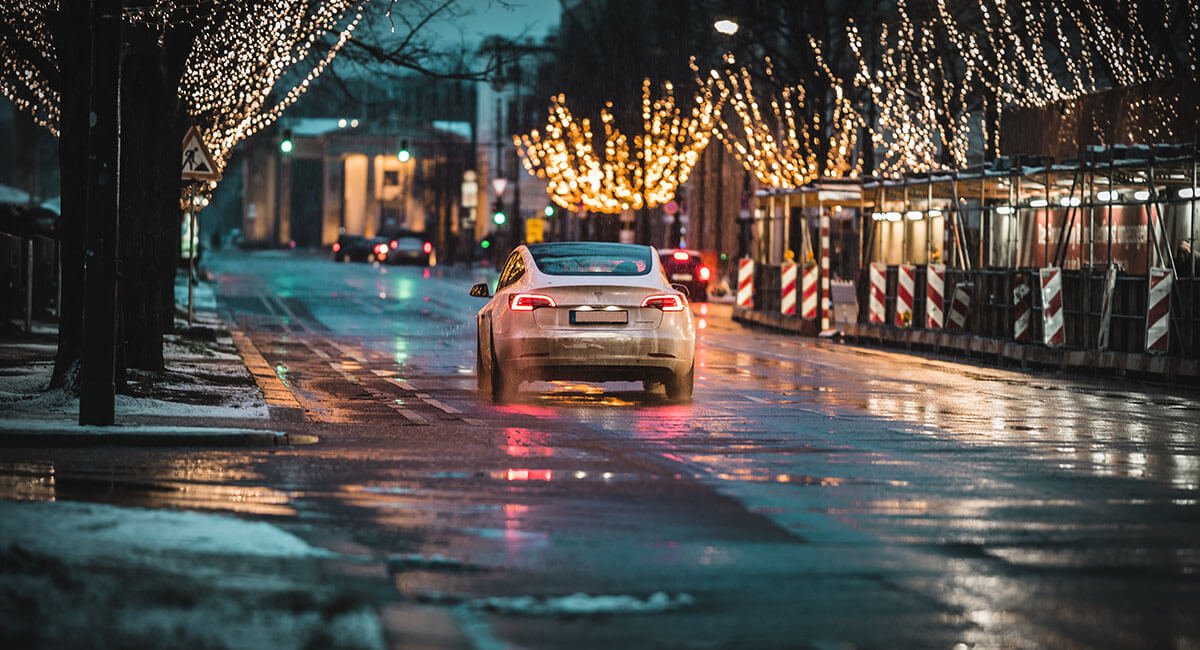 Tesla, Inc is an American electric vehicle and clean energy company. With products including electric cars, battery energy storage, solar panels and roof tiles and other related products and services, Tesla’s future is looking bright. Elon Musk has been leading the company as CEO and product architect since 2008.

The first electric sports car from Tesla, the Roadster, was released in 2008 with sales of around 2,500. Fast forward to 2017 and the release of its electric sedan, the Model 3, which as of March 2020 was the world’s best-selling electric car, has more than 500,000 units delivered.

Tesla (NASDAQ:TSLA) has been the word on every investor’s lips for years now, and its skyrocketing share price seems as inconceivable as its founders’ plans to colonise Mars. Nevertheless, it keeps on intensifying and with so much going for it, there is every possibility it has further to climb.

With the company’s promising outlook and with the shift to electric vehicles, investors are contemplating whether Tesla is a good investment and are asking themselves, should I buy Tesla stock?

A swashbuckling pioneer of the electric car industry, Tesla has pushed boundaries and smashed through obstacles for its share price to reach unprecedented heights. Whether it is the company, the man behind it, or the promise it represents, this is a stock story every investor should note.

Since Tesla’s IPO debuted in 2010, its stock has risen significantly, becoming the most valuable carmaker in summer 2020. Later that year it entered the S&P 500, a stock market index that tracks 500 large companies listed on stock exchanges in the United States.

With a market cap of $707.49 billion, Tesla has a market value other carmakers can only dream of and with a P/E ratio of 373.68 it is no wonder that investor interest in Tesla is high.

Following in the footsteps of tech giant Apple; Tesla announced in 2020 that it would split its stock to make it more affordable. Shortly after the announcement, the Tesla share price climbed a further 40%. The purpose of a stock split is to give investors with smaller budgets a chance to get a piece of the action.

The 5-for-1 stock split took effect on August 31 2020. Shareholders on record on August 21 qualified and automatically received five shares for every one share they owned, meaning that the stock price reduced to one-fifth of its value. The stock price on September 1 2020 was $475.05, almost a year later and the stock closed on August 5 2021 at $714.63.

What is the bull case for Tesla?

It seems no target is too far to reach for this bold adventurer; with its ever-increasing market cap and entry to the S&P in 2020, there is no stopping this stock and its unprecedented rally has led it to sensationally break through all previous resistance levels.

The S&P is the United States most prestigious stock market index that tracks the top 500 companies in the country. Companies added to the S&P 500 usually enjoy an increase in their share value as the recognition carries weight and dependability.

Available on Robinhood, an app that gives ordinary retail investors an opportunity to trade companies of all sizes and price points. Although these retail investors only buy tiny portions of Tesla stock, the sheer volume of these trades most certainly impacts its share price.

While Robinhood day traders have been fuelling the rush, they are not alone in their conviction. Major institutional heavyweights, such as Vanguard, APG asset management, Swiss National Bank and others have all upped their stakes in the car manufacturer and increased their portfolio weightings.

Another exciting aspect to Tesla garnering increased scrutiny is the potential its battery technology has in store. Panasonic invested a further $100 million in battery production at Tesla’s Gigafactory Nevada and raised each battery’s storage capacity by 5%, from September 2020. Panasonic has also confirmed demand for Tesla cars is rising, which is reassuring for investors to hear.

An equally exciting area of development for Tesla is the virtual power plants it is testing in its energy division. These have the potential to increase utility storage, particularly in solar, which would solve an increasing problem in areas reliant on renewable energy but suffer from power outages caused by intermittency.

There is real opportunity for scale with this product as individual homeowners could buy a Powerwall that would provide energy back up for their own home and neighbouring homes, whilst saving the government or utility companies the costs and hassle involved in solving this problem through distributed generation and storage.

What is the bear case for Tesla?

Despite exceeding expectations, whether the momentum can continue to rise is a bit of a guessing game. Electric cars are the way forward and energy density improvements in battery power will take the momentum further, but amid economic uncertainty around the globe and with travel restrictions in place, whether increasing numbers of consumers can afford to buy Tesla’s vehicles remains to be seen.

With other more affordable car manufacturers announcing their plans to go all electric in the next few years, the market could be flooded with more accessible and more affordable electric vehicles from brands consumers already know and trust.

With the likes of Jaguar, Bentley, Mercedes-Benz and Volvo announcing that they will only make all electric or hybrid vehicles as soon as 2025 for some and 2030 for others, competition within the electric vehicle market will be strong and could change the game for Tesla.

Over the long term, the number of cars being sold will be a telling marker on the company’s continued success. In theory it should have the capacity to produce 1.5 million vehicles by the end of 2021, but that does not guarantee matched output.

Elon Musk is a force to be reckoned with, and Tesla, as a tech company, should in no way be considered just another car manufacturer.

Should I invest in Tesla stock?

Tesla is certainly growing from strength to strength and with Elon Musk at the helm it’s hard to see how their dominance could wane. But as competition in the electric car industry increases and as electric cars become more commonplace, it remains to be seen whether Tesla will hold their position.

While investor interest and market sentiment is positive, could the electric vehicle and clean energy company’s bubble burst?