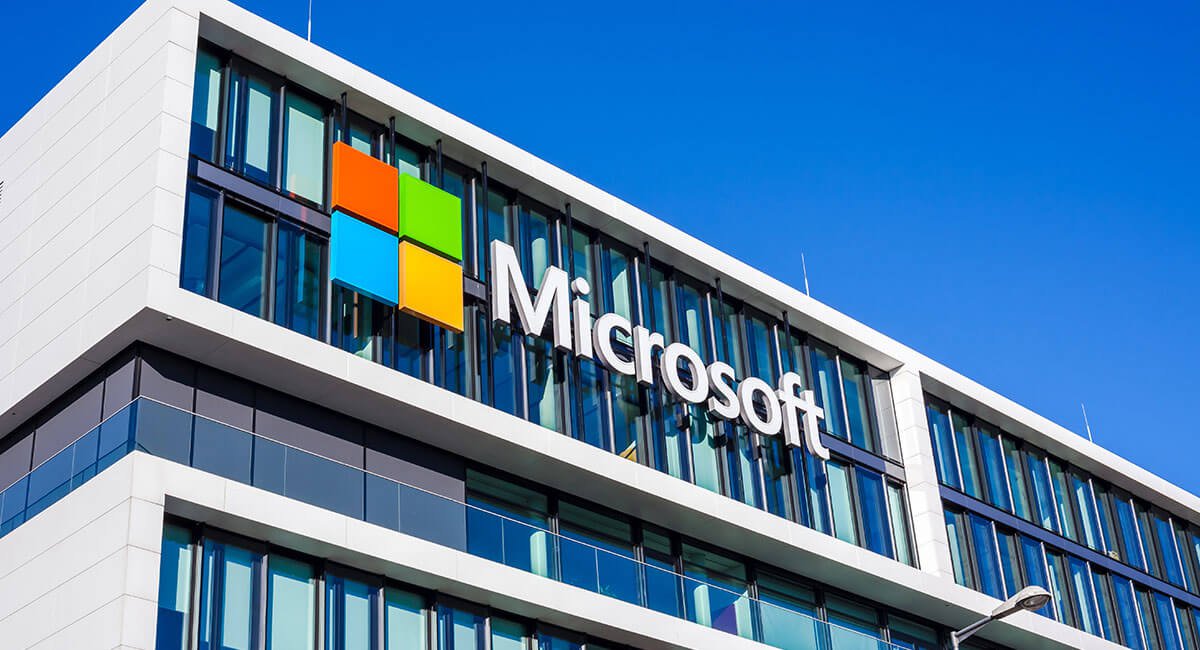 Microsoft (NASDAQ: MSFT) managed to beat expectations and close out an incredible year with a massive bang in its recent fourth financial quarter results.

In the multinational tech giant’s Q4 earnings call at the end of July, chair and chief executive Satya Nadella remarked on the “very strong close” to the fiscal year.

The company’s Azure brand was a stand-out performer, with the cloud computing service delivering 51% growth in a single quarter.

This helped the firm as a whole deliver earnings per share of $2.17 in the final fiscal period. This was a remarkable 49% increase year-on-year and an impressive 14% ahead of consensus.

Elsewhere, Microsoft’s revenues and earnings comfortably topped expectations amid the company’s growing global strength. In fact, more than half of sales notably came from outside the US.

And with new franchises like gaming, security, and LinkedIn all topping the $10 billion annual revenue mark in the past three years alone, this reach only looks set to continue spreading.

Revenue in Microsoft’s fourth financial quarter hit an impressive $46 billion. That’s more than 20% higher year-on-year and 5% ahead of the Zacks Consensus Estimate.

A key driver was Azure, where usage soared last year amid powerful demand growth in the cloud computing sector.

Indeed, with so many working from home during the pandemic, remote storage solutions have become something of a necessity for many individuals and businesses.

In fact, it’s now thought that the space will reach a value of some $1.3 trillion before the decade is out. Many of us are already using the cloud in our day-to-day lives – perhaps without even knowing it.

To recap, cloud computing makes it possible to access a system’s features and files without needing to store them on your computer. The technology, then, is ideal for employees working on home devices.

Things like Gmail and Google Drive, where files and emails are available at all times but aren’t stored on your computer or phone, are all examples of cloud technology.

And while big names like Alphabet’s (NASDAQ:GOOGL) Google are already in on the cloud computing game, many smaller companies are getting on board. In fact, it’s expected that Small and Medium Enterprises (“SMEs”) will become the fastest-growing segment when it comes to cloud computing.

“Moving forward, every organization will need more ubiquitous and decentralized computing. We are the only cloud provider with the capabilities to support every organization’s multi-cloud, hybrid, and edge needs”.

He noted also that the company added new data center regions in 15 countries across five continents over the past year.

The ongoing 5G rollout, and growing prominence of Internet of Things and Artificial Intelligence, should contribute to the rise of cloud computing rise, too.

In fact, when it comes to 5G in particular, Nadella noted Microsoft’s launch of new Azure edge services. He pointed out that, though this, the firm is already “helping operators run their networks in the cloud”.

Take telecoms firm AT&T (NYSE: T). It has the largest network in North America and picked Azure to power its 5G core network.

However, some investors were less than thrilled that currency fluctuations drove so much of Azure’s apparent revenue increase – growth was just 45% without that extra tailwind.

Through this lens, a 45% figure, then actually represents a deceleration from Q3’s 46% rise at constant currency.

However, Microsoft’s executive vice president and chief financial officer, Amy Hood, was quick to allay these concerns. In the Q4 call, she pointed out that the firm forecasts “relatively stable” constant currency revenue growth from Azure on a sequential basis.

LinkedIn revenue near triples as it crosses $10 billion mark

Moving beyond Azure, and LinkedIn, the social network that links job seekers and businesses, also had an excellent year.

With revenue surpassing $10 billion over the 12 month period, it’s clear that Microsoft’s acquisition of the service, which completed December 2016, has been a success so far.

Indeed, at $26 billion, LinkedIn was Microsoft’s biggest ever company purchase.

But with the company at this point possessing more than 774 million members, and generating more than $1 billion in advertising revenue in Q4 alone (an astonishing 97% rise year-on year)…

LinkedIn has certainly proved itself worthy of the price tag so far.

“In the past five years since our acquisition, revenue has nearly tripled, and growth has accelerated”.

In fact, the firm believes LinkedIn revenues will keep climbing, achieving a year-on-year percentage jump in the high thirties.

Microsoft on course for yet more growth

Of course, results aren’t just a time for looking back, but also facing the future. And it appears to be a promising future indeed.

Microsoft forecasts Productivity and Business Processes revenues of between $14.5 billion and $14.75 billion for Q1, which ends September 30.

Within this, Office 365 will lead Office commercial revenue. Office consumer is a similar story, with the firm expecting high single-digit growth thanks to continued momentum when it comes to Microsoft 565 consumer subscriptions.

Intelligent cloud revenue, which includes Azure, should be in the $16.4 billion to $16.65 billion range.

“We remain focused on driving revenue growth as we invest boldly against the strategic, high-growth opportunities ahead that will deliver significant value to our customers worldwide”.

Hood highlighted that the company’s FY22 outlook reflects this commitment, with Microsoft expecting “healthy double-digit revenue and operating income growth”. In FY21, revenue climbed 18% to $168 billion while operating income was 32% higher at $70 billion

The draws and drawbacks of ‘Big Tech’ stocks

Microsoft is not a FAANG stock, per se. FAANG is an acronym for Facebook(NASDAQ: FB), Amazon.com (NASDAQ: AMZN), Apple (NASDAQ: AAPL), Netflix(NASDAQ:NFLX) and Google—now Alphabet (NASDAQ:GOOGL).

However, the company is sometimes grouped in under the acronym FANGAM – the M at the end stands for Microsoft.

These FANGAM companies, with their over $9 trillion market cap, represent some of the world’s best performing tech firms.

But of course, many of these companies are also rivals.

An excellent example of this came on 21 July. That was when Microsoft filed an administrative protest over the US National Security Agency’s (“NSA”) decision to award a $10 billion cloud computing contract to Amazon Web services.

Microsoft claimed the NSA did not properly evaluate before awarding the contract. This after the company spent years battling with Amazon over the Department of Defense’s (“DoD”) $10 billion Joint Enterprise Defense Infrastructure (“JEDI”) cloud contract.

Microsoft was initially awarded the JEDI contract all the way back in 2019. But it was cancelled on 6 July as the two companies continued to squabble. Explaining its decision, the DoD said Microsoft’s contract no longer met its needs.

At this point, however ‘Big Tech’ stocks are able to grow despite hiccups like this. This is not a luxury afforded to smaller companies, which would be devastated by the loss of such a massive contract.

Despite this loss—not to mention the ongoing conflict—Microsoft’s shares are up 32% year-to-date and 39% on a one-year basis.

Alongside the insulation provided by their sheer size, behemoths like Microsoft are also especially appealing in times of crisis.

Tech giants in particular have seen steep share price rises as a result of the Covid-19 pandemic. Take Facebook, for example, its shares are up 55% so far this year. Or Alphabet—where shares have seen a 59% rise year-to-date.

Microsoft shares initially dipped after its recent earnings report’s release, but ended up with a 1.2% gain in afterhours trading. Shares have remained fairly steady since then.

Microsoft’s Q4 results were inarguably strong, beating guidance comfortably. The powerful share performance so far this year is also a definite plus.

With solid guidance, and the success of newer businesses like LinkedIn, the company has proven its ability to weather storms.

However, signs of a slowdown for Azure – made all the more concerning by the lost DoD contract –are worth paying attention to.

The firm’s resilience could make it a safer bet than many at the moment. However, it’s not all sunshine and roses. There are reasons to be optimistic around Microsoft, but reasons for caution too.