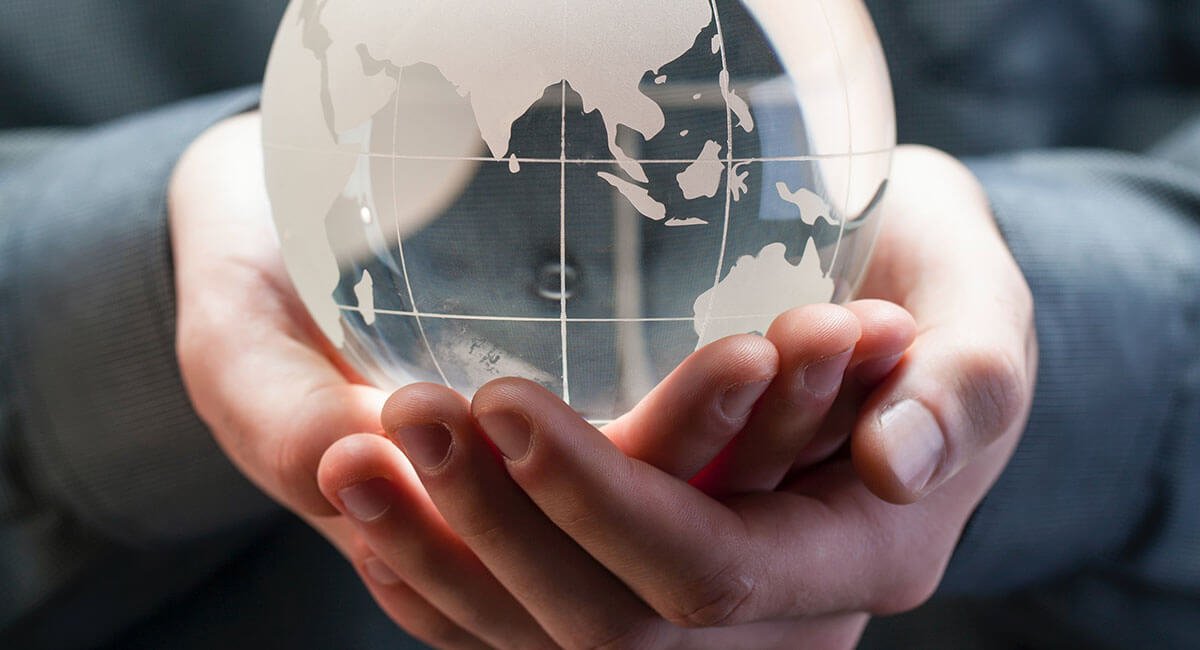 The United Nation’s Intergovernmental Panel on Climate Change (IPCC) recently released a hard-hitting scientific report into the impact climate change has on our planet – and it’s not good news.

The organization called the report a ‘code red for humanity’ in its first major review of the science of climate change since 2013. At the heart of the report is the strongly-worded statement that human influence has warmed the planet’s atmosphere, oceans and land.

A vital precursor to COP26

This wake-up call from the UN urges governments to crack down on the fossil fuel industry, and take a more active interest in moving the world to renewable resources. The world has become increasingly reliant on fossil fuels during the past 50 years, with fossil fuel production being one of the primary industries to blame for climate change.

With governments taking note, it stands to reason that renewable energy companies will become the natural beneficiaries of the IPCC report. Therefore, investing in renewable infrastructure and overhauling the regulatory environment for green energy alternatives is likely to be front and center going forward.

Companies are also being pressured to go green, which will have a far-reaching effect on industries everywhere. That’s because fossil fuels infiltrate society and businesses globally.

While the theme is desirable, often, the costs in producing renewable energy run high, and margins are thin. Costs are undoubtedly coming down, but the industry is still fraught with challenges.

The practicality of changing to renewable fuels such as hydrogen is not as simple or profitable as continuing with conventional energy sources. So, to sweeten the appeal, government subsidies are often necessary.

See how Tesla profits from carbon credits as an example of this at work.

One way to get an overview of sector sentiment is to look at index performance.

After the President resubmitted the US to the Paris Agreement and laid out his plans for a climate change push, the stocks that had enjoyed a preemptive rise began to pull back. This may explain the drop in the renewables index.

There are literally hundreds of renewables companies to invest in, and deciding where to allocate funds can be difficult. With so many newcomers it’s unlikely they will all succeed. Therefore investing in small-cap renewable energy stocks is risky.

Many have been overhyped and subject to extreme volatility.

Check out our handy guide: Is renewable energy a good investment?

Brookfield Renewable (NYSE: BEP) is one of the world’s largest investors in renewable power, including hydro, wind, and solar. It recently reported excellent Q2 results. Brookfield Renewable stock is up 30% in a year but down 13% year-to-date. It offers shareholders a 2.9% dividend yield.

Albemarle (NYSE: ALB) is one of the largest lithium producers in the world. Lithium is a hot resource because it is a vital component of EV batteries. The Albemarle share price is up 48% year-to-date and 146% in a year. It offers investors a 0.7% dividend yield.

Electric battery and solar company NextEra Energy (NEE) has seen its share price rise 8.8% year-to-date and 18% in a year. It offers shareholders a 1.8% dividend yield.

Hydrogen stock Plug Power (NASDAQ: PLUG) has fallen 25% year-to-date but is up 105% in a year. It doesn’t offer a dividend yield.

How will the IPCC report affect the future of fossil fuel stocks?

Fossil fuel stocks include those companies operating in oil and gas (petroleum, natural gas, and shale oil) and coal.

The report said this past decade has been hotter than any period in 125,000 years.

Thankfully global warming can be slowed with swift and strategic action. Better still, almost as soon as emissions are removed, global warming will end, and temperatures will stabilize over a couple of decades.

However, the more extreme changes, such as rising sea levels and acidic oceans, could take a lot longer to fix.

Therefore, the world’s major polluters from oil and gas, construction, and shipping, among others, must brace themselves for disruption.

With the burning of fossil fuels largely to blame, there’s a target on the back of oil and gas. But both oil and natural gas continue to play a vital role in society, and it’s going to take some time for that to change.

In addition to decarbonization, the oil industry must be equipped to clean up oil spills, safely decommission rigs and plug shale oil fracking wells safely and securely.

Contradictions and conflicts of interest

The IPCC report issues a stark warning that time is running out. Therefore, the pressure is on to dismantle the world’s oil industry and move to renewable sources.

But this transition is far from easy, and the intricacies of the two industries are more entwined than it may seem.

China is moving heavily into renewables while also ramping up its production of coal-fired power plants to drive its post-pandemic economy. Meanwhile, Oil majors are moving into renewables.

Indeed, Big Oil is taking the transition seriously and playing both sides of the coin. This seems wise, considering they have so much industry expertise and money at their disposal.

BP (NYSE: BP) plans to invest $3bn to $4bn annually by 2025 as it extends its integrated portfolio of low carbon technologies, including renewables, bioenergy, and EV charging infrastructure.

Exxon Mobil (NYSE: XOM) is being forced into taking the situation more seriously since activist investors took three board seats.

Like Exon, Shell (NYSE: RDSB) is at the mercy of climate activists. It intends to reduce its carbon intensity average by 20% by 2030, but that’s a lot less than the activists are calling for.

Meanwhile, Maersk (CPH: MAERSK-B) is a major in deep-sea drilling and international shipping, both significant carbon polluters. But it’s making serious inroads into carbon capture techniques and R&D in sustainability.

Can a world run on renewables weather natural disasters?

While extreme weather events have occurred since the beginning of time, there does appear to be a notable increase in the frequency and severity of natural disasters happening around the world today.

This year alone, we’ve witnessed a major freeze across Texas in February, flooding throughout Germany and China in July, the Haiti Earthquake in August, while Greece is experiencing its worst heatwave in thirty years.

Unfortunately, the situation in Texas exposed problems in both the oil and gas industry and the renewables industry.

The state’s grid wasn’t sufficiently prepared to cope with the electricity crisis. Its primary grid experienced extreme outages, unable to service the rise in demand.

Turbines froze, and wind generators went offline, while thermal sources, including coal, nuclear, and mainly natural gas, also froze or had their supplies limited as certain customers were given priority.

Big Oil is far from perfect, but these firms adhere to much stricter health and safety standards and scrutiny than many foreign counterparts. By shutting them down, the production doesn’t stop. It just moves to parts of the world where human life has less value, and the risk of spills and leaks is far higher.

The trouble is if the West immediately cease oil production and decommission all their rigs. Many jobs and livelihoods will be destroyed in the process.

Meanwhile, the West remains reliant on consuming oil, so rather than produce it, they’ll be forced to import it. Thereby handing the oil production to regions of the world with less scrutiny and regulation.

Saudi Arabia, Russia, China, and many emerging markets will happily flood the market with oil. So, the problem will not be solved. Instead, the Western governments and companies tick a virtue-signaling box that looks good in meeting climate targets.

The United Kingdom’s response to the IPCC report

To reach net-zero emissions by 2050, the International Energy Agency (IEA) warned no new oil and gas fields could be approved for development.

With the upcoming COP26 summit holding the UK in high esteem, the UK government is under pressure to cancel a major oil development project in the North Sea.

Off the coast of Shetland, the Cambo oilfield is a significant project for Shell. It provides many jobs and contains around 800m barrels of crude, with Deepwater drilling starting next year.

Australia’s response to the IPCC report

Much like the United States, Australia is one of the top fossil fuel-exporters in the world.

It has a massive mining industry, yet Australia still refuses to take responsibility for its role in carbon emissions.

This defensive response is evident throughout the country. The nation’s miners are looking at ways to deliver the raw materials required for global decarbonization safely.

Meanwhile, the Australian Petroleum Production & Exploration Association said its oil and gas producers are leading the development of technologies such as carbon capture and storage.

While Coronado Global Resources Inc. (ASX: CRN), which mines metallurgical coal used in steelmaking, said its production is cleaner than that from Russia, Mongolia, or South Africa.

Japan’s response to the IPCC report

Sumitomo Corp. (TYO: 8053) is a diversified Japanese trading house operating internationally. The company’s investments include coal, but it claims to be attempting to cut its exposure to excessive CO2 emissions.

For instance, it’s selling a 12.5% stake in Rolleston thermal coal mine in Australia to Glencore (LON: GLEN). While it also recently announced the sale of its 50% stake in Avalon oilfield to Ping Petroleum UK Ltd.

Despite all the cries to cease oil production, many experts believe oil demand will continue to grow. That’s because third-world nations strive to live in the perceived comfort of the Western world. And to get there, they need oil.

However, The IEA said rising demand for crude oil is expected to slow throughout the rest of this year as Covid-19 still rages.

To combat rising oil demand, a viable alternative is required. That’s a low-cost, reliable, global-scale energy made from renewable sources. But as of now, no such alternative exists.

“Nuclear is ideal for dealing with climate change, because it is the only carbon-free, scalable energy source that’s available 24 hours a day.”

He has created a nuclear innovation company called TerraPower but it’s not publicly traded.

But these solutions have their own pitfalls and opposition.

Nuclear energy is feared for its potential to cause widespread destruction, and hydrogen is not yet cost-effective. In fact, a recent study in heating showed blue hydrogen to be 20% worse for greenhouse gas emissions than natural gas.

With the facts and goalposts constantly changing and so many variable factors at play, it’s impossible to predict where we’ll be in the next ten years.

Even with decarbonization well underway, oil and gas stocks will continue to be seen in a bad light. So, institutional money is likely to be allocated to renewables over fossil fuels.

There are a small number of active institutional managers in a position to continue investing in oil and gas. But whether they will feel brave enough remains to be seen. The money to be made may be too tempting to ignore, but the flip side is how badly it will reflect on their reputation.