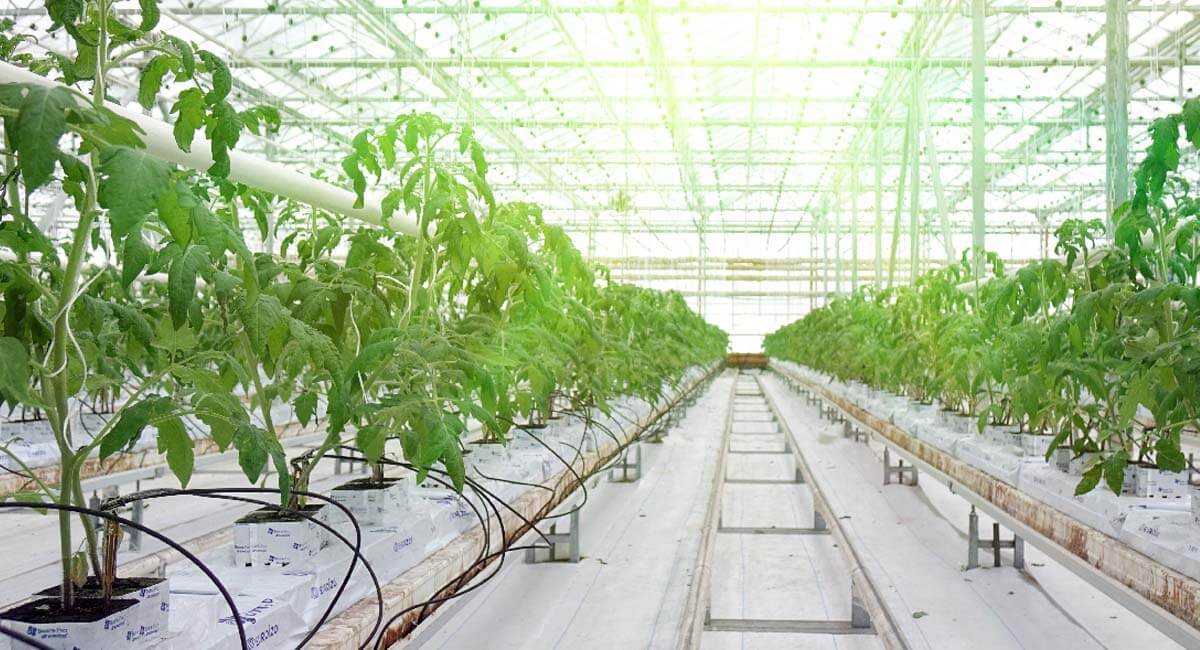 Agricultural technology, also known as AgTech, agritech, or even agrotechnology, is a growing phenomenon.

The idea of farming indoors may seem perplexing, as traditional farming has always had such a wholesome nature/nurture relationship between mother earth and human beings. But it’s no secret the world is facing many serious problems including poverty, war, hunger, and climate change.

Unfortunately, the rise in industrial farming has exacerbated climate change and some argue seriously damaged human health. Plus, despite the rise in affluent living, starvation remains a real problem in many areas where traditional farming is impossible.

Essentially, AgTech uses technology in agriculture, horticulture, and aquaculture with the aim of improving yield, efficiency, and profitability. This includes vertical farming, which is a way of utilising every inch of space in a warehouse, from floor to ceiling, to grow plants.

Using technology to control the environment, temperature, soil quality, water distribution, nutrient levels etc, means it can also eradicate the use of dangerous pesticides which have greatly contributed to planet and health damage in recent years. Best of all, it can provide a guaranteed, year-round supply of fresh, nutritious food.

It’s for all these reasons that investment in AgTech has exploded in recent years and why many investors are now asking should I invest in AgTech?

The Covid-19 pandemic shook up the world no end in 2020, highlighting the problems in our supply chains. It also made nations realise the importance of having a sustainable level of home-grown food.

While the origins of AgTech have been gradually developing in recent years, the pandemic accelerated its development. The supply chain issues, combined with historical unemployment rates and school closures, have raised the rate of food insecurity in the United States by 38%.

AgTech holds a possible solution to the world’s hunger problem, supply chain issues and as a key solution in tackling climate change.

GoodLeaf operates Canada’s largest commercial vertical farming operation, and McCain is getting on board to help steer its growth and expansion plans. This investment makes McCain the single largest shareholder in the company.

GoodLeaf operates a commercial vertical farm in Ontario. It’s a fully automated 45,000-square-foot facility, comprising a specialized system of LED lights and hydroponics. This is already serving the domestic market all year round.

It intends to open another two indoor vertical farms by the end of 2021 and McCain’s investment will help make this happen.

Some up and coming private start-ups in the AgTech space have attracted venture capital funding, such as Plenty, Infarm and Future Fields. These are not publicly listed today, but that’s not to say they won’t be in the future. Most publicly listed companies start with private investment.

The easiest way for retail investors to jump aboard the AgTech train is to buy shares in publicly traded companies. Those that are gaining ground include AppHarvest (NASDAQ: APPH) and EarthRenew (CNSX: ERTH).

What is the bull case for AgTech?

The internet of things (IOT) is a network of computer linked devices communicating with one another. It allows crops to be cultivated in computer-controlled environments thanks to the data stored in the cloud.

Innovation is constantly progressing in the tech used, such as better sensors and automotive practices. With this, comes the potential for new crops to grow in these environments.

So, keeping this in mind, AgTech investments can include the obvious vertical farming companies, the manufacturers that serve them and the technology companies that make it possible. But there’s also advancements in making traditional farming more sustainable, which can also be considered AgTech. Such as precision farming solutions, sustainable fertilisers, farm drones, and anything that helps simplify and improve agriculture.

The world’s population is also growing and to continue to sustain feeding at today’s level, we need to rapidly ramp up global food production. Doing so would cause untold damage to our health and planet and is really not an option. Sustainable solutions are a must and that’s why investment in the AgTech space is moving so fast.

What is the bear case for AgTech?

AgTech is still a novel concept with limited commercial scope at the moment. And while vertical farming is exciting, it’s still in its infancy and limited by what it can produce. While it is expected to grow and become capable of achieving more in the future, right now there is concern of how likely it is that AgTech will overtake traditional farming or even come close to it.

This concern over the scope of AgTech combined with connectivity issues in more remote traditional farmland is preventing investors from jumping in with both feet, but they are definitely still watching it to see where it goes or what it might be capable of in say five or ten years.

Monitoring how AgTech can help with vertical farming and can also enhance traditional farming, will help investors make better decisions about whether they choose to invest in AgTech.

Should I invest in AgTech?

As with all businesses, vertical farming comes with risks. In urban areas, real estate can be very expensive. It’s also important to be aware of how much energy they use, and if it comes from renewable sources?

But at scale, vertical farming should ultimately reduce both capital and operating costs. With time and research, this could present an incredible solution to a multitude of health, economic and sustainability problems.

Positioning farms where the food is needed, should drastically reduce food wastage and the enormous carbon footprint created through international food supply chains. There really are a multitude of reasons for this sector to be generating so much investment buzz.