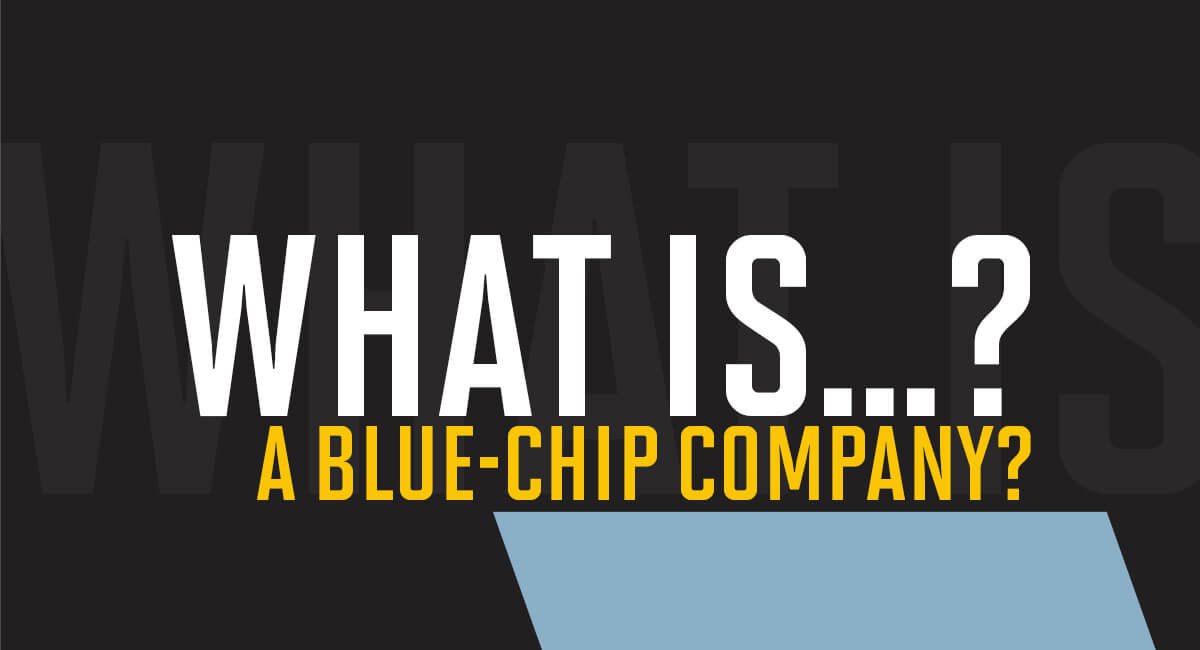 A blue-chip company is a company that is recognised nationally for its positive reputation and high-quality product or service. Blue-chip companies are generally perceived to be successful businesses that can be trusted to perform well and generate profit, even under adverse market conditions.

Typically long running companies that have a history of growth and have proven their stability over a long period of time, blue-chip companies are often a popular choice among investors and are seen as a less risky investment.

Examples of blue-chip companies in the UK include HSBC, Unilever, Tesco and Vodafone. Global blue-chip companies include the likes of Coca-Cola, IBM and Disney. Given their reputation, stature and often favourable dividends, stocks in these companies are generally highly desirable and are considered to have high liquidity.

The term blue-chip has its origins in casino gambling. Traditionally, the blue chips at the casino have the highest value and are therefore the most valuable in a set.

Many blue-chip stocks will have a large market capitalization, but that doesn’t necessarily mean that all stocks with a large cap are blue-chip stocks. Although they have a high valuation they may lack the stability and prestige to be considered a blue-chip company or stock.

To be classed as a blue-chip company, the company will be at the top or very close to the top of their sector, think of companies such as Apple and Amazon. They will also be either a well-known brand or they will own a well-known brand, and will feature on a recognised index such as the FTSE 100, Dow Jones, S&P 500 or DAX.

Advantages of a blue-chip company

From an investors point of view, blue-chip companies can have many advantages such as:

Given their stability and reputation, investment in blue-chip companies and blue-chip stocks are often deemed less risky by investors. Highly desirable and having high liquidity makes them a popular choice among investors.

The performance of a blue-chip company is almost a given, combine this with many of them paying dividends to shareholders and it’s easy to see why they are desirable choices for investors. Particularly those looking to create another revenue stream.

More stable in times of uncertainty

While no company or stock is totally recession proof, blue-chip companies tend to weather the storms better and the general consensus is that any drops in share prices or profits will be short-term and will bounce back quickly.

Disadvantages of a blue-chip company

From an investors point of view, blue-chip companies can also have disadvantages such as:

As already large and successful companies that have done the majority of their growth, blue-chip companies only offer moderate growth potential. While this may seem counterintuitive, it is one of the drawbacks of investing in blue-chip stocks.

As blue-chip companies tend to be older, more established companies they are less likely to be as innovative as new startups. It’s unlikely that they are using cutting-edge technologies to help them develop and grow, which could see them get left behind.

While this isn’t necessarily a bad thing, it is a consideration if you’re thinking of investing in blue-chip stocks. Dividends are great for providing a regular income from your investment, but they can be less helpful in growing wealth or building capital.