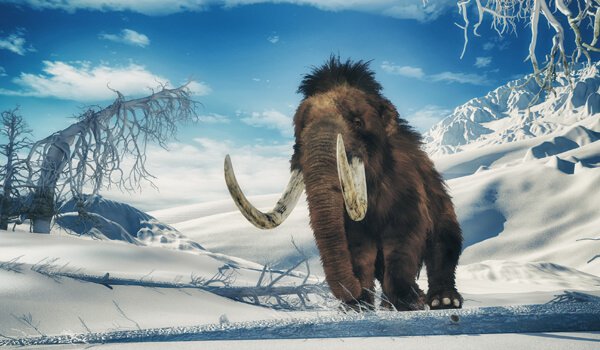 Private Biotech firm Colossal wants to genetically re-create woolly mammoths to re-wild the arctic. It hopes to birth these hybrid creatures within six years in a bid to combat climate change. This highly controversial plan has attracted $15m and a slew of important names, including Silicon Valley venture capitalists and renowned life coach Tony Robbins.

Its innovative plan is to use CRISPR gene editing to edit the genome of existing Asian elephants. Colossal plans to bring back the mammoth, restore the natural ecosystem, and fight climate change.

“Our goal is not to just bring back the Mammoth, that’s a feat in itself. It’s for the successful re-wilding of mammoths. If you take that toolkit, you have all the tools are your disposal to prevent extinction or to bring back critically endangered species.”

On September 13, Colossal launched with a $15m funding round led by Thomas Tull.

Tull is the former CEO of Legendary Entertainment which brought cinematic hits like Jurassic World, Dune, and The Dark Knight to our screens.

Co-founder Church is famous for creating the world’s first direct genomic sequencing method in the eighties. He also helped start the Human genome project. Then, in 2015, along with his colleagues, he edited 62 genes in pig embryos to attempt to grow organs for human transplants.

His woolly mammoth recreation has been in the pipeline for several years. Back in 2017, he’d already begun heading in this direction when his Harvard lab announced it had added 45 genes to the genome of an Asian elephant.

Church’s lab had already attracted a $100,000 donation from Peter Thiel.

The $15m is expected to go towards birthing live mammoth calves within the next four to six years.

Many hurdles to cross

The effects would be staggering if this project can cross the myriad of ethical hurdles it faces and rewild the arctic with woolly mammoths. It would not only have proven the ability to resurrect dead creatures, but they could also perform ‘genetic rescue’ – preventing extinction from ever happening.

It’s believed around a million plants and animals currently face extinction, so this would be groundbreaking.

As exciting and futuristic the story is, there are many reasons to fear bringing long-dead species back. The world is different now; they may spread disease, displace existing species, and even exacerbate climate change problems.

Ben Lamm doesn’t really worry. He sees money-spinning potential in the process, with or without birthing mammoths:

“It’s very similar to the Apollo program — which was a literal moonshot. A bunch of technologies were created along the way. Things like GPS, the fundamentals of the internet and semiconductors. All those were highly monetizable,”