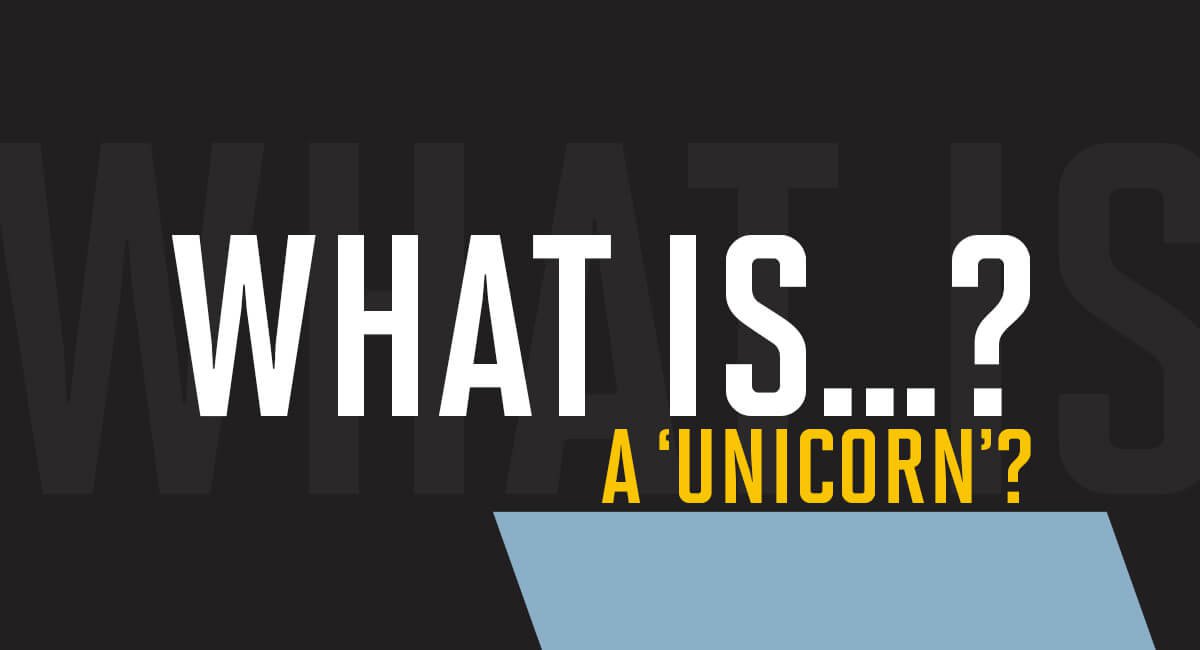 A unicorn is a term used within the venture capital industry to describe a privately owned startup company that has a value of more than $1 billion. The term was popularized in 2013 by the venture capitalist and founder of Cowboy Ventures, Aileen Lee.

In her article, “Welcome to the Unicorn Club: Learning from Billion-Dollar Startups”, Aileen first compared startups that managed to reach the $1 billion mark as being as rare as finding a mythical unicorn. This comparison stuck and the term unicorn has since been widely used in the venture capital world.

According to CB Insights as of September 2021, there are 810 unicorn companies worldwide with a total cumulative valuation of $2,627 billion. Examples of unicorn companies include SpaceX, Klarna, GitLab and Hive.

How a unicorn works

For a startup to be identified as a unicorn it must be valued and that value must be at least $1 billion. As startups, the valuation of unicorns is not strongly related to their actual financial performance or other fundamental data. Instead it is focused on their growth potential and expected development.

Many unicorn companies may not have even generated any profits before they reach unicorn status.

The valuation of unicorns is derived from the valuations of the venture capitalists and investors who participated in the financing rounds of the companies. Valuing a unicorn requires consideration of various factors as well as the development of long-term forecasts.

Focussed purely on startups, when a company becomes the first business of its kind in an industry it can make the valuation process more complex as there are no benchmarks.

Three factors that influence the valuations of these startups and help them achieve unicorn status are:

Venture capitalists rely on fast-growth strategies to help a startup develop. Strategies include encouraging large investments in every round of financing to help the company capture the biggest market share as quickly as possible.

Promising startups often attract the attention of big players in their industry. Tech giants such as Facebook and Google acquire many startups to diversify their business, prevent competition in the marketplace and help them acquire developed technologies.

The advantages of investing in unicorns include:

Early investment in a unicorn can potentially offer huge returns to investors. For example, Venture capitalist Peter Thiel bought into Facebook in 2004 with a $500k stake and when he sold off the last of his shares in 2012 he had earned over $1 billion.

Could be the next tech giant

Just as our example above, early investment in a unicorn could end up being an investment in the next big tech giant like Google or Amazon. Giving investors the opportunity to have a slice of what could be a very lucrative pie.

The disadvantages of investing in unicorns include:

Investing in a startup company that could either offer huge returns or could fail and deliver losses makes investment in unicorns very high risk. With little performance history available it can be hard to know if you are investing in one of the successes or one of the failures.

The valuation of unicorns can often be inflated. Investors can gain a more realistic valuation once the company is listed on the stock exchange and the broader public market has its say on the true value of the company.