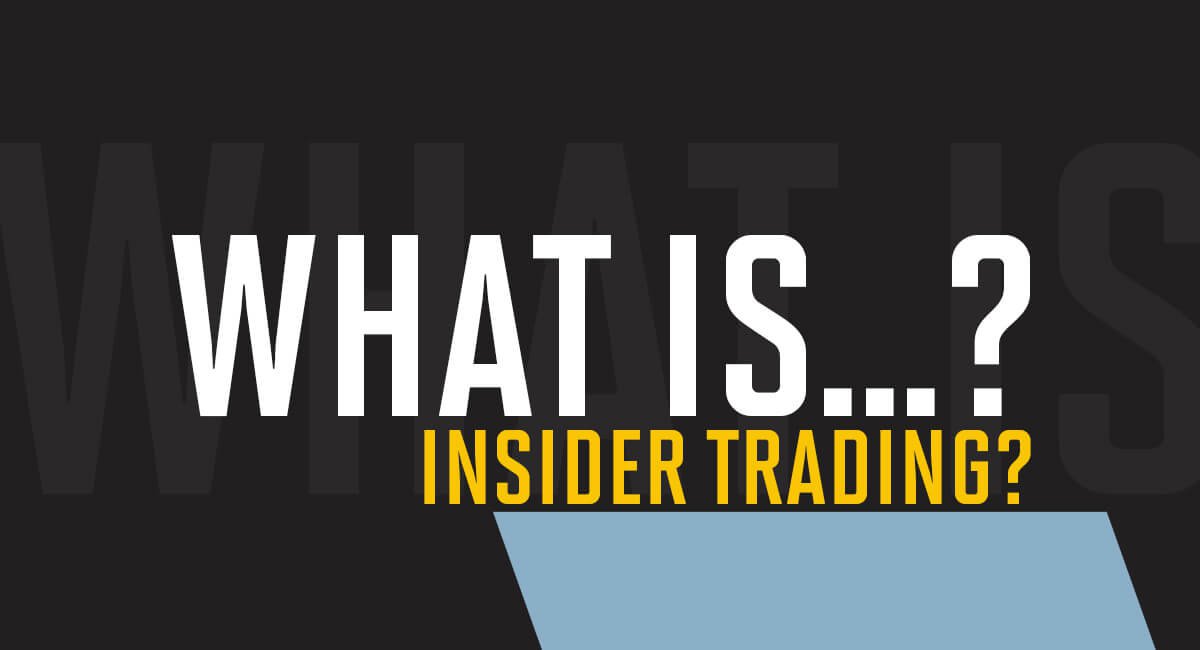 Insider trading is the act of trading in a public company’s stock by someone who has non-public, material information about that stock or owns more than a 10% equity of the company.

“The buying or selling a security, in breach of a fiduciary duty or other relationship of trust and confidence, on the basis of material, non-public information about the security.”

Insider trading wasn’t always considered illegal, in fact, a Supreme Court ruling once called it a perk of being an executive. But in the 1920s severe penalties were put in place for those who engaged in the practice.

The SEC became involved in 1934 when the Securities Exchange Act was passed, but the Act didn’t prohibit insider trading which imposed limits on what the SEC could do to enforce the new rules. This has since changed and SEC regularly files insider trading complaints against those participating in illegal insider trading.

Insider trading involves the person trading having insider knowledge that can help them make more money or prevent losses, it is considered an abuse of power as other investors do not have the same advantage.

But not all insider trading is illegal, in order to bring charges against a trader the SEC must prove that:

The penalties set for illegal insider trading can include large fines, jail time or often both depending on the severity of the case. In some cases, the SEC can ban trading violators from serving as executives at publicly traded companies.

As we previously mentioned, insider trading can fall into one of two categories illegal or legal. The difference between the two depends on when the insider makes the trade and whether they follow the correct procedure.

Insider trading is considered illegal when the material information or insider knowledge is still non-public, meaning that it is not in the public domain.

Material non-public information is defined as any information that could significantly impact the stock price of that company. An example of illegal insider trading is Martha Stewart’s 2001 ImClone trading.

However, insider trading is considered legal when company insiders trade company stocks and report these trades to the SEC in a timely manner, a practice that happens in the stock market on a weekly basis.

Directors and majority owners of stock must disclose their stakes, transactions and any change of ownership in the following ways to the SEC:

The advantages of legal insider trading include:

Acting on insider information, as long as any changes are reported to SEC within two days of any transactions, has the potential to provide big returns.

Just as legal insider trading can help traders realise big returns it can also help them limit their losses and protect their investment, but it is vital that any changes are reported to SEC to ensure the trade is deemed legal.

The disadvantages of insider trading include:

Could be considered illegal

If the correct procedures are not followed an inside trade could be determined as illegal and the trader could face hefty fines and even a prison sentence. In some cases, they could also be banned from acting as an executive for a publicly traded company.