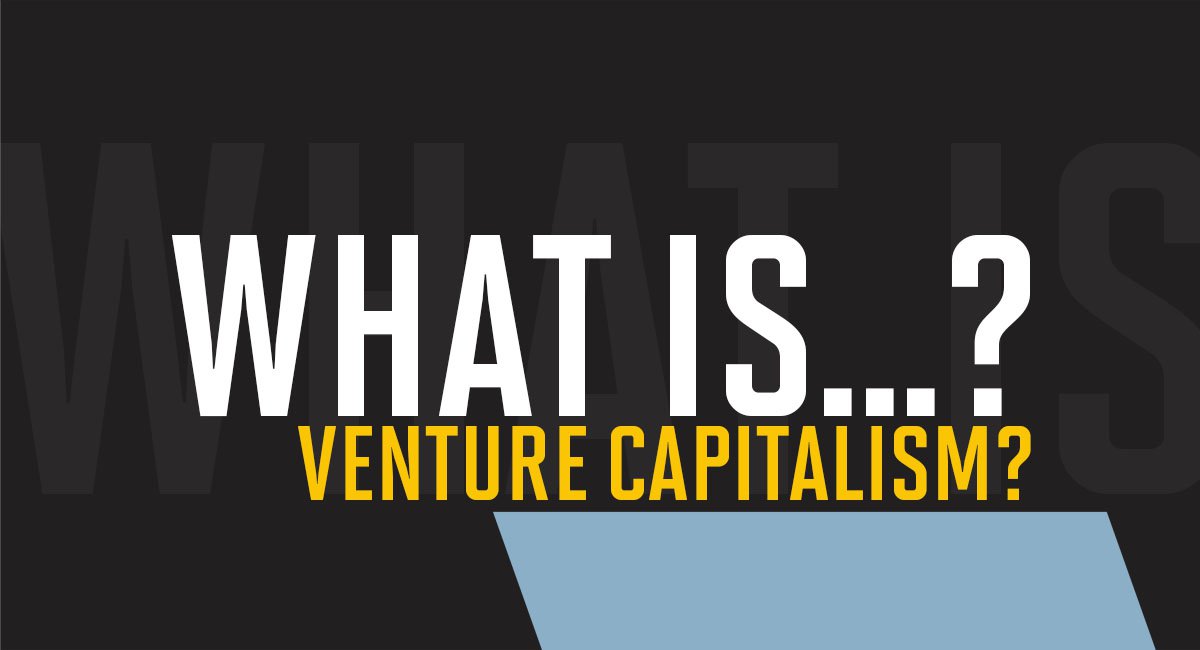 A venture capitalist is a person who invests in young companies to aid the process of growth and for the potential return on investment if the company is successful. Venture capitalism is a form of financing where capital is invested into a company for an equity share in the company.

There are two primary paths to venture capitalism, although they are not set, they include entrepreneurs and highly-skilled investment bankers. That said, some venture capitalists are lifelong financial advisors and others may be academics or technical business process specialists. A trait that is commonly shared is experience within the financial industry, such as an equity research analyst.

Venture capitalism exists to bridge the gaps in traditional bank lending. Not only can borrowing from the bank be expensive, but it also is not always guaranteed that they will lend to a new business that cannot secure the loan with hard assets.

Other alternatives include Crowdfunding, but one of the biggest benefits of venture capitalism is that the company also gets access to a wealth of knowledge and experience on how to grow their business from investors who know the industry.

Businesses looking for venture capital will submit a business plan to either a venture capital firm or an angel investor. The firm or the investor will then analyse the plan, ensuring they do their due diligence including investigating the company’s business model, products, management, structure and operating history.

Once the research has been completed the investor or firm will decide if they are interested in investing and will pledge an investment of capital for an agreed amount of equity in the company. Once agreed, the investment amount can be released in one round or in multiple rounds, but it is typical released in rounds. The investor or firm will then take an active role in the company to advise and monitor its progress.

After a period of time, typically four to six years after the investment, the investor will exit the company by initiating a merger, acquisition or IPO.

As a small business or startup grows they will progress through different stages of venture capital, including:

The seed stage is the first round of investment, usually for product or business plan development or to perform market research. Seed round investors are often given equity or preferred stock options in exchange for their capital investment.

The early stage of venture capital investment is used for companies in the development phase, those that need a larger investment amount to begin operations once they have a viable product or service to sell.

The late stage as the name would suggest is for more mature companies that can show growth and revenue and want to expand further to increase their profitability.

Depending on the amount being invested and the relationship between the investor and the company, venture capitalists will typically want 25-50% equity in the company they are investing in. For every stage, the finances are released in rounds that are typically designated by letters such as Series A, Series B and so on.

There are many advantages of venture capital investments, such as:

Investing in startups can lead to large potential returns, particularly if the company you invest in goes on to be the next big thing and also if you have a large equity share in the company. Some venture capitalists have as much as a 50% equity share.

Can direct the business

Following the capital investment, venture capitalists whether a firm or an angel investor have a say in how the business is run and would be consulted on big decisions. Having this level of control of the business can help it become more successful and therefore increase the potential return on investment.

The disadvantages of venture capital investments include:

On paper, a business idea may seem like it cannot fail, but a high proportion of startups do fail or only return the original investment. Only very few are successful, which makes the exposure to risk for venture capitalists high.

As a venture capitalist investor, you will have an active role in the company you have invested in. You will advise on business operations, be involved in decision making and monitor the business. This can be time-consuming and leave little time to manage your portfolio or other revenue streams.