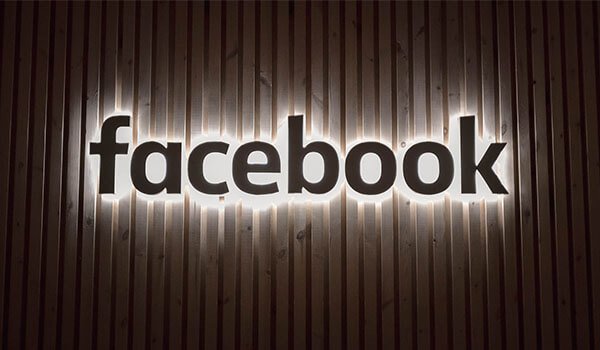 Facebook’s share price was down by almost 5% at the close of play on Monday after the social media giant suffered a six-hour outage.

The company blamed internal tech issues for the incident which left its 3.5 billion users unable to sign in. Millions of users were also unable to access the company’s Messenger, WhatsApp and Instagram apps. Third-party content reliant on Facebook login information, such as Pokemon Go, was also affected.

With over 10 million worldwide problem reports registered on Downdetector, it is the social media giant’s largest outage. While Facebook floundered, people flocked instead to rival social media sites such as Twitter, Tik Tok, Reddit and Telegram.

The tech billionaire tweeted: “Sorry for the disruption today — I know how much you rely on our services to stay connected with the people you care about.”

Fortune estimated that the hit to facebook’s share price cost Zuckerberg around $6bn.

A statement from Facebook said the cause of the shutdown had “impacted many of the internal tools and systems we use in our day-to-day operations”. It added that this had complicated its attempts to quickly diagnose and resolve the problem. The company noted that there was “no evidence that user data was compromised as a result of this downtime”.

The statement did not appear to rule out a hack or other act of sabotage. Rumours swirled online before the stricken apps started working at around 1800 EST.

Bad day at the office

Even without the outage, Facebook had a tricky start to the week. The company’s shares had already ticked down earlier on Monday after a whistleblower claimed it had put “profit over safety”.

Speaking to 60 Minutes, former Facebook employee Frances Haugen revealed that she had provided tens of thousands of documents to US law enforcement and The Wall Street Journal. The interview also saw her argue that the company had failed to stop the spread of hate-speech and misinformation.

She claimed Facebook had turned off controls on misinformation after the 2020 US presidential elections had ended. Haugen argued that this had contributed to the January 6th riot at the US Capitol and related unrest.

Haugen called Facebook’s prioritisation of growth a “betrayal of democracy”. She explained: “Facebook has realised that if they change the algorithm to be safer, people will spend less time on the site, they’ll click on less ads, and [Facebook] will make less money.”

The documents leaked by Haugen also revealed a great deal about the internal workings of Facebook. They included a revelation that internal research from the company had concluded that Instagram was impacting the mental health of young users. Choice findings included the revelation that 32% of teenage girls felt using Instagram made dissatisfaction with their body worse.

However, Facebook had chosen not to make the information from its research public.

She added that Facebook employees were not “malevolent”, but said that the consequences of its actions had been damaging. On Tuesday, Haugen will testify before a Senate subcommittee about the effect of Instagram on children’s mental health.

AJ Bell investment director, Russ Mould, said Facebook had suffered a “pretty terrible day” and noted that this had led to “a tech-led market sell-off in the US overnight as investors turned away from the likes of Apple and Amazon, as well as Facebook”.

He also speculated that the mounting revelations could spell trouble for US tech stocks.

Mould explained: “After Beijing took its own technology sector to task in 2021, could 2022 see Washington follow suit with tighter regulation? A cocktail of risks is brewing for the US market around not just the tech sector but also the debt ceiling and stalled spending plans as political in-fighting continues.”

There are many indications that the sector could face tighter regulation. Just last week, Facebook global head of safety, Antigone Davis, was quizzed by congress about social media’s impact on children. She claimed that internal research was conducted to improve users’ experiences.

However, Senator Richard Blumenthal, chairs of the Senate commerce, science, and transportation subcommittee on consumer protection, product safety, and data security, said the social media company was “failing to hold itself accountable” and questioned how anyone could trust Facebook.

However, Facebook and other social media giants have faced the threat of increased regulation before. Zuckerberg himself faced the Senate’s commerce and judiciary committees in April 2018. On that occasion he was answering questions about data practices amid the Cambridge Analytica scandal.