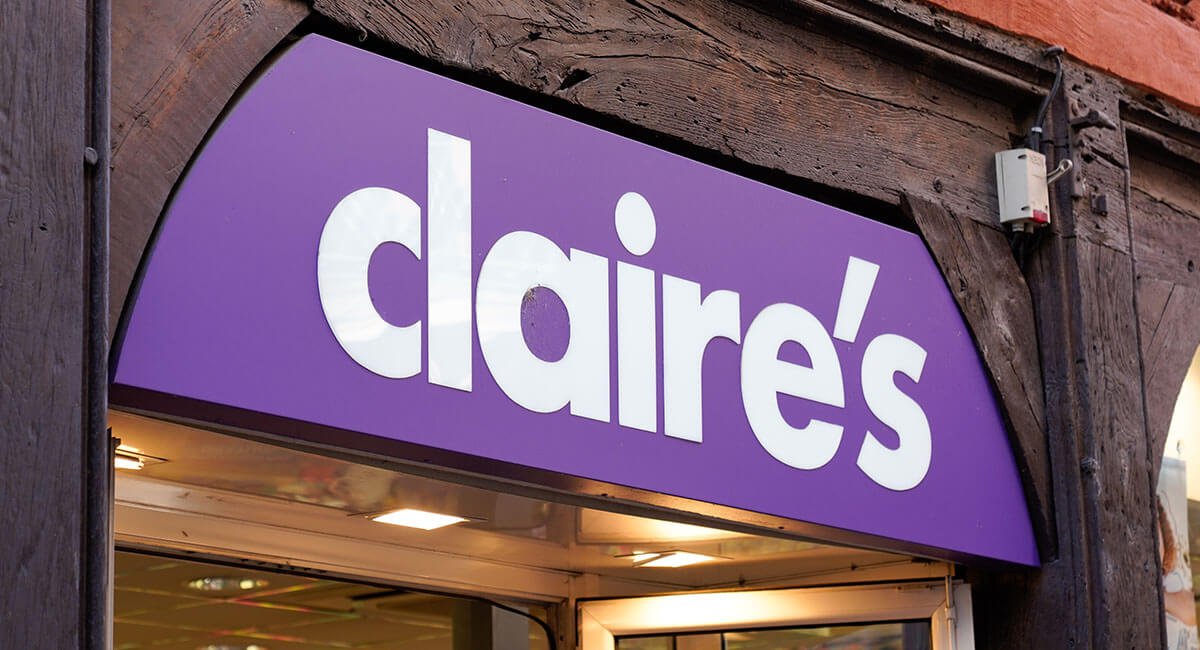 Claire’s Holdings (NYSE: CLRS) has set its sights on an IPO just three years after the teen fashion retailer filed for bankruptcy. The company will join the New York Stock Exchange (NYSE) under the ticker CLRS. It is seeking to tell $100m worth of shares through the listing. Underwriters for the listing include Goldman Sachs and Citigroup.

The company owns its eponymous flagship retail brand Claire’s, as well as the Icing brand. The former is a retailer of low-cost jewellery, fashion and accessories aimed at children, teens and young adults. Meanwhile, Icing aims to attract a more mature customer-base with its jewellery offering.

News of the company’s intention to float comes three years after it filed for bankruptcy. At the time, Claire’s had debts of $2.2bn. However, reorganisation saw it ditch around 5,000 stores, eliminate $1.9bn of its debt and receive an injection of $575m in new capital.

How does Claire’s make money

The company’s primary source of income is selling jewellery and accessories at its stores. Additionally, it offers piercing services, boasting that it has pierced over 100 million ears. As of 31 July 2021, there are 1,390 company operated Claire’s stores in North America alone. A further 887 company operated stores are spread across 15 European countries, while 324 franchised stores are located primarily in the Middle East and South Africa.

Additionally, the company operates 10,000 concessions in stores of more than 25 retail partners across North America and Europe. These retail partners include Walmart, CVS, Tesco and Asda.

The company has also signalled its intention to improve its digital sales. Currently, Claire’s and Icing have websites, while the former brand’s products are also available through an app. Additionally, the company’s products are for sale through online third-party retailers such as Amazon.

It is also worth noting how well known the Claire’s brand is. The retailer has existed for 60 years and been a common fixture of shopping malls since the 1980s. According to the company’s own statistics, between 82% and 99% of 13 to 17 year old girls, women 18 and over, and mothers with children aged 3 to 12 in the United States, the United Kingdom and France are aware of the retailer.

Of course, we must take comparisons with 2020 with a pinch of salt. This is because Claire’s is a brick and mortar business, so its stores were closed for a portion of the year as the pandemic hit. Looking ahead, Claire’s will aim to expand its store footprint. The company clearly sees profit in this model, having emphasised that more than 95% of its stores were returning positive earnings before the pandemic. Additionally, the company seeks to partner with more retailers and expand the number of concessions it operates.

In terms of geographic expansion, Claire’s said it would seek to grow its presence in Central and South America. Furthermore, it intends to enter the Mexican and Asia-Pacific markets.

However, the digital portion of its business is also key for future growth. Claire’s has outlined an ambition to become “the most engaging customer-centric digital destination for discovery, inspiration and purchase of fashion jewellery and accessories”. It has invested $15m in enhancing its digital capabilities since 2018 and claims this has improved both traffic and conversion rates.

Finally, the retailer launched a subscription service in North America in September. This service sees customers receive a quarterly delivery of assorted fashion accessories. This is becoming an increasingly popular business strategy and Claire’s said the service represented a “sizeable opportunity”.

Is Claire’s a good investment?

Retailers have been through the ringer in recent years. Online sales have heaped the pressure on businesses like Claire’s and the pandemic only served to worsen their situation by shutting stores worldwide. However, US retail sales were unexpectedly strong in August as fashion and homewares led the way.

If consumer spending continues to grow, the far-reaching network of Claire’s stores and concessions could reap some serious rewards.

Even so, times are hard for brick and mortar stores. The uptick in retail sales may be short-lived and linked to the reduction in Covid restrictions, while digital competitors are a continued threat. However, if the company achieves success with its digital and subscription offerings, this could be a very savvy investment.