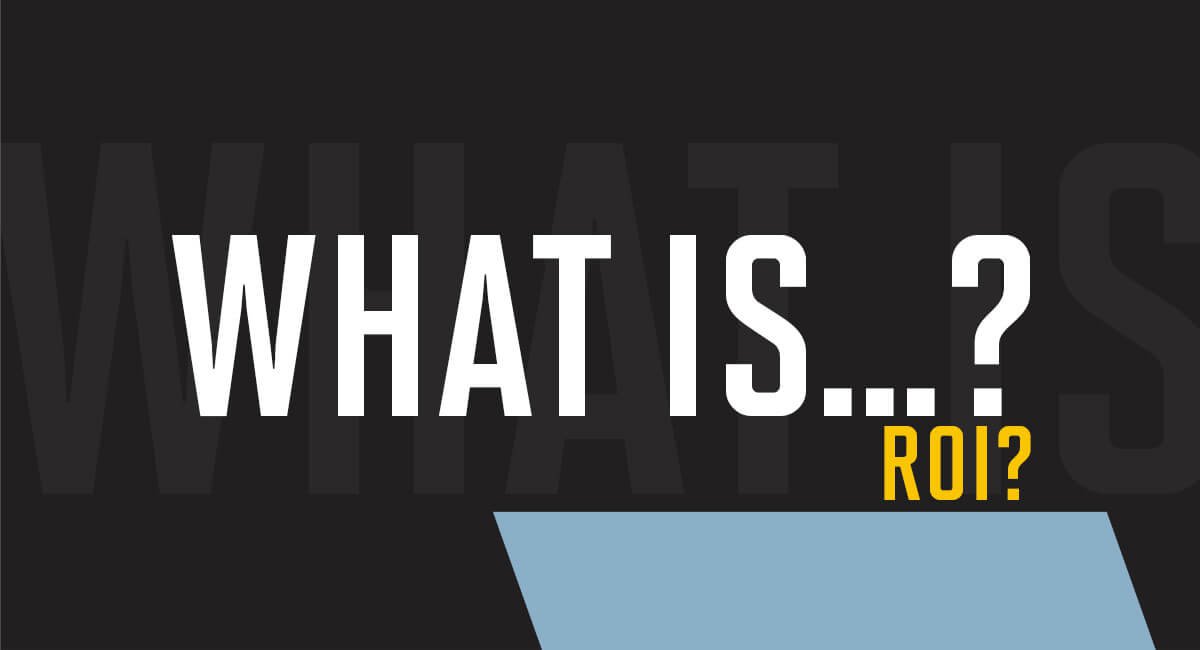 Return on investment (ROI) is a measure for the profitability of an investment or business decision which you can use to compare the viability or success of different options. It is a highly popular metric due to its simplicity. ROI will be a common sight to those who are searching for investment opportunities.

You can work out basic ROI through the use of one of a couple of formulae. The first sees the net return of the investment divided by the cost of the investment, with the resulting figure then being multiplied by 100 and expressed as a percentage. For example, let’s say an investment with a full cost of $1,750 resulted in a return of $250. In this case the ROI would be (250/1,750) x 100, or 14.3%.

One alternate method is to subtract the initial value of the investment from the final value, before dividing this by the cost of the investment and once again multiplying the resulting figure by 100. The previously mentioned case can be worked out in this form as (2,000-1,750)/1750 x 100.

Once you have an ROI, you can compare it with the ROI of other opportunities and use this to inform your investment choices.

As well as multiple methods of working out the metric, there are multiple ways of expressing the metric. The simplest of these are when new factors have to be added to the formula.

For example, an investor who receives dividend payments as part of their share ownership would need to add the value of these on to the net return on investment portion of the original formula. Otherwise they will end up undercooking the returns offered by the investment.

Another important variety is annualised ROI, which, as the name suggests, is return on investment per year. This might seem like a simple calculation, as an ROI of 30% achieved over the course of six years would seem to point to an annualised ROI of 30/6, or 5%.

However, the reality is slightly more complex due to the issue of compounding. As such, the correct formula for working out the annualised ROI in the aforementioned scenario would be [(1+0.30)^1/6−1] × 100 = 4.5%. This is obviously trickier than the basic ROI, but contextualises investment performance and allows for more meaningful comparisons.

This annualised variant is particularly useful as it allows for the consideration of time, an important factor in investment. An ROI of 12% over the course of one year is better than an ROI of 19% over two years. However, basic ROI will not express that information clearly and can thus make the distinction easy to miss.

ROI is helpful if you are looking to quickly gauge whether an investment is profitable enough for your goals. As the measure is expressed as a percentage, which most people have a basic grasp of, it is simple to understand.

It is also a useful metric when looking to rapidly compare the viability of different investment decisions using different amounts of money to see which might get you the most bang for your buck.

Stats such as share price comparisons and year-on-year growth are all well and good, but if an investor wants a quick snapshot of how much money they have actually made through an investment, they will go looking for the ROI.

One of the disadvantages of using the metric is that it does not explicitly take time-frames into account. This means that a quick glance at the measure could make an investment look like a surefire winner when actually the returns might only be achievable over a period of many months or years.

To counter this issue, use the previously referenced annualised ROI formula. Alternatively one could compare ROI’s that are referring to the same period of time, whether that be one month, a year or five years.

A further difficulty is that some costs might be missed during calculations. If you purchase $1,000 worth of shares in a company and then sell those shares for $1,500 12 months later, that might seem like a return on investment of 50%.

However, further costs associated with the investment, such as broker fees or taxes, would eat into this ROI if not properly accounted for, potentially making the investment less palatable.

Finally, there is the issue that the metric is simply a measure of profit, but takes little else into account. This is useful if your sole motive in investing is making money, but rather skates over issues such as risk and sustainability.

Investors interested in ESG factors might want significantly more information than is provided by ROI. Meanwhile, those who are risk averse might also want to know more about an investment’s potential pitfalls.

For example, an investment in a stock might have delivered an ROI of 50% over a period of five years, which looks very favourable, but this could be ignoring significant periods of share price volatility in the intervening period.

These expose the limitations of ROI, but that by no means renders the metric useless.