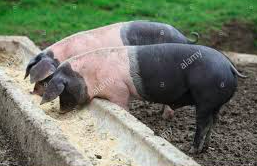 There were more than a few raised eyebrows last month when deathbed ‘internet investor’ On-Line (LSE:ONL) shot up by as much 394pc after announcing plans to add trendy, tech-buzzword ‘blockchain’ to its name.

One month later, and the meteoric rise of the firm has lost none of its momentum, with shares peaking at 80p last week, up from 17p when the name change was announced.

But with On-Line offering very few details about its future plans and the blockchain trend continuing to be clouded by widespread security concerns, investors should think twice before jumping onboard.

On-Line – or On-Line Blockchain as the company will soon be known – listed on AIM in 1996, starting life as a holding company for a group which makes computer games on the internet. It has done nothing since.

Hands up if you’ve heard of The Rocky Horror Show.

Hands up if you’ve still got a CD-ROM drive.

Hands up if you even know what a CD-ROM is!!!

You couldn’t make this stuff up.

In more recent times, On-Line, run by co-founders Michael Hodges and Clem Chambers, has worked as ‘an incubator and investor in internet and information businesses’. (Ho, ho, ho!)

As it stands, this ‘incubator’ consists of a single investment in ADVFN (LSE:AFN), a stock market data provider also founded by none other than Chambers and Hodges. With around a 18pc stake in ADVFN, On-Line is currently the firm’s largest investor. This has been convenient for Chambers and Hodges, as serious questions remain about the basic solvency of ADVFN, let alone any lofty ambitions it has of moving into cutting edge technology.

If we are to believe the spin of this ludicrous stock promote, On-Line’s trajectory apparently changed last month when the firm announced it had been ‘working for some time’ on opportunities in the blockchain and cryptocurrency spaces in conjunction with none other than ADVFN.

‘As these start to come to fruition, we feel the time is right to re-name the company to reflect these developments, where we believe the future growth will be in our sector,’ it said.

These words sent On-Line’s trading volumes to 2.9m over two days – more than 16 times the entire year’s trading beforehand – according to Bloomberg.

What a complete load of old toss this all is.

Chambers and Hodges are notorious for having run ADVFN into the ground, through chronic lack of investment in the company, failing to keep up with technological change and running the business like a personal piggy bank. Over the years Chambers and Hodges have taken exorbitant sums (running to the millions) from the company, while delivering nothing in return to shareholders. Anyone mad enough to consider backing these two slumlords of AIM is all but guaranteed to be on a hiding to nothing. What these two know about the blockchain could be written on the back of a bitcoin!

But don’t let these facts get in the way of a good story.

The ramping of a stock around the word ‘blockchain’ is nothing new – in October Colorado-based Bioptic nearly doubled after investors’ learned of plans to change its name to ‘Riot Blockchain’.

The problem here is the lack of information about where this could lead.

So far, On-Line has said its links with ADVFN provide an opportunity to develop a blockchain-based product to ‘support financial website users’ ratings of information contributors using token-based applications’.

Thank God Clem Chambers’ 56k Modem just about got him access to Wikipedia to churn out that guff.

Those left skeptical of this vague product description were unlikely to be won over by the firm’s subsequent warning to investors that development ‘is still at an early stage’, with initial tests due to begin early next year. (Ho, ho, ho!).

On-Line repeated this warning again in its most recent results, this time adding that its ‘blockchain platform’ will help to further monetise ADVFN’s large audience. (Ha, ha, ha!).

The only other information offered up by the firm is that On-Line Blockchain will offer revenue streams to both itself and ADVFN. Magically, no doubt!

Another, perhaps larger, issue is how sustainable the blockchain rally will be after months of initial mania.

For those out of the loop, blockchain is the security technology which underpins bitcoin and is increasingly being used by large institutions like JP Morgan and Goldman Sachs to protect their assets. (And we would bet a large amount of real money neither Chambers nor Hodges knew this before reading this article!)

While blockchain is certainly changing the way firms look at security, critics have warned that it may not be as infallible as it first seems, with the technology already being disarmed during several hacking incidents.

It is mystifying that the market has reacted as enthusiastically as it has to such obvious rubbish. At 72.5p On-Line is worth £5,500,000. Given the expensive dining habits of Chambers and Hodges, not to mention the dismal performance of ADVFN (which is desperately gasping for cash to continue to pay their wages), it is as certain as night follows day that deeply discounted placings are around the corner.

Neither this author nor anyone associated with this website would be seen dead owning or having anything to do with the absolute garbage mentioned in the article.