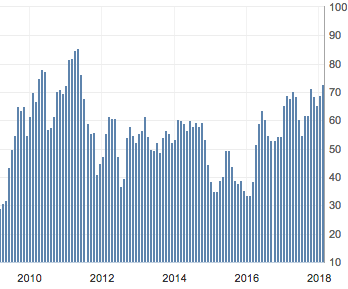 Inflation has been at the back of investors’ minds for much of the duration of the current Bull Market. However, on Wednesday the US Bureau of Labor Statistics announced an increase of the Consumer Price Index (CPI) to 0.5%, awakening inflation fears. The news appeared to trigger a small spike in the Gold price. Are the risk-adverse adding to their gold holdings as they readjust their portfolios?

The recent market correction has served as a timely reminder to many about their exposure to falls in equity markets. We have experienced an unprecedented period of low-interest rates and this has allowed a massive expansion in debt. Any threat of significant interest rate rises could lead to widespread instability.

The Fed funds rate was raised up by a quarter point to 1.5% in December last year and this followed increases in both June and March 2017. The forecast for 2018 is currently three further rate rises. There is concern that the US economy is overheating, particularly after Trumps recent Tax overhaul.

Unsurprisingly, Wednesday’s CPI figures indicating rising inflation will have unsettled some investors and a sharp move in the Gold price appeared to coincide with the announcement. The metal rallied to $1358 per oz, printing its biggest daily percentage gain since March 2017.

This has compounded evidence of inflationary pressure from increasing manufacturing prices. The Purchasing Managers Index (PMI) is a survey obtaining information from purchasing and supply executives and is a great indicator of the health of an economy. Sustained lower values under 42 are generally deemed to indicate a threat of recession, whilst figures above 50 indicate the strength of an economic recovery.

The current PMI for the US, as of 1st February 2017 is 72.7.  This is the highest it’s been since 2011 and may indicate inflation as a factor that may need addressing.

Gold is, of course, a traditional safe-haven during market turmoil, so any substantial move is worth noting. The commodity has been in a broad upward channel for the past two years. Much of its price rise in the last 12 months can be attributed to a weakening Dollar over the same period. 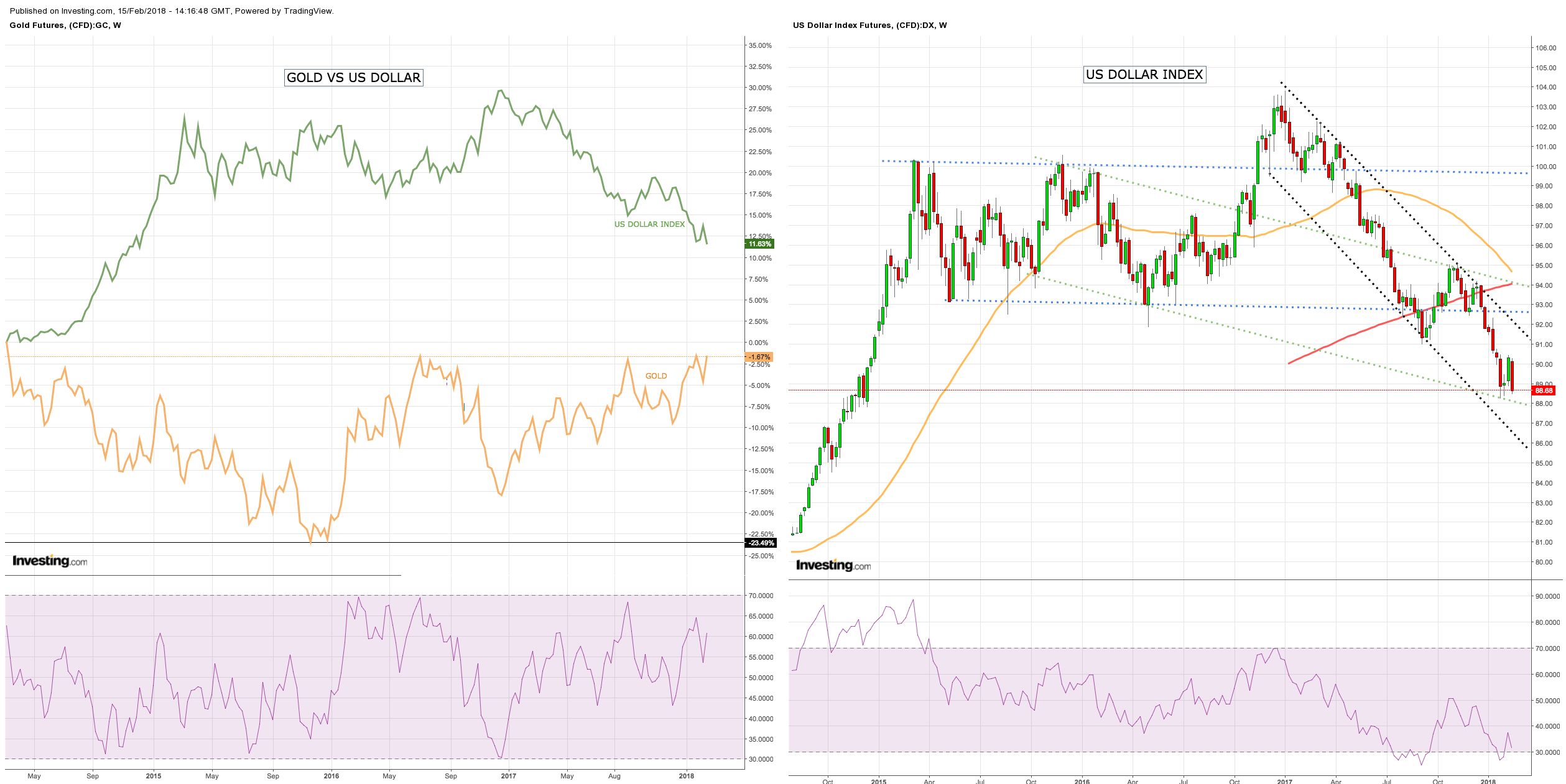 The US Dollar Index is now consolidating around 88, which looks to be an area of strong support. A strengthening of the Dollar will, of course, pull hard on the coat-tails of Gold. The metal is fast approaching levels of resistance, the top if it’s upward trend channel. in the event the Dollar turns around and halts Gold’s ascent, I will be keeping an eye on how well the commodity holds its ground.