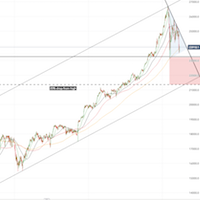 It really is approaching crunch time for Global indices. The Dow Jones Industrial Average is grappling with its 200 DMA having bounced after a sizeable drop last week. But is it convincing? I don’t think so – it looks to me we might be heading for a drink in the last chance saloon. 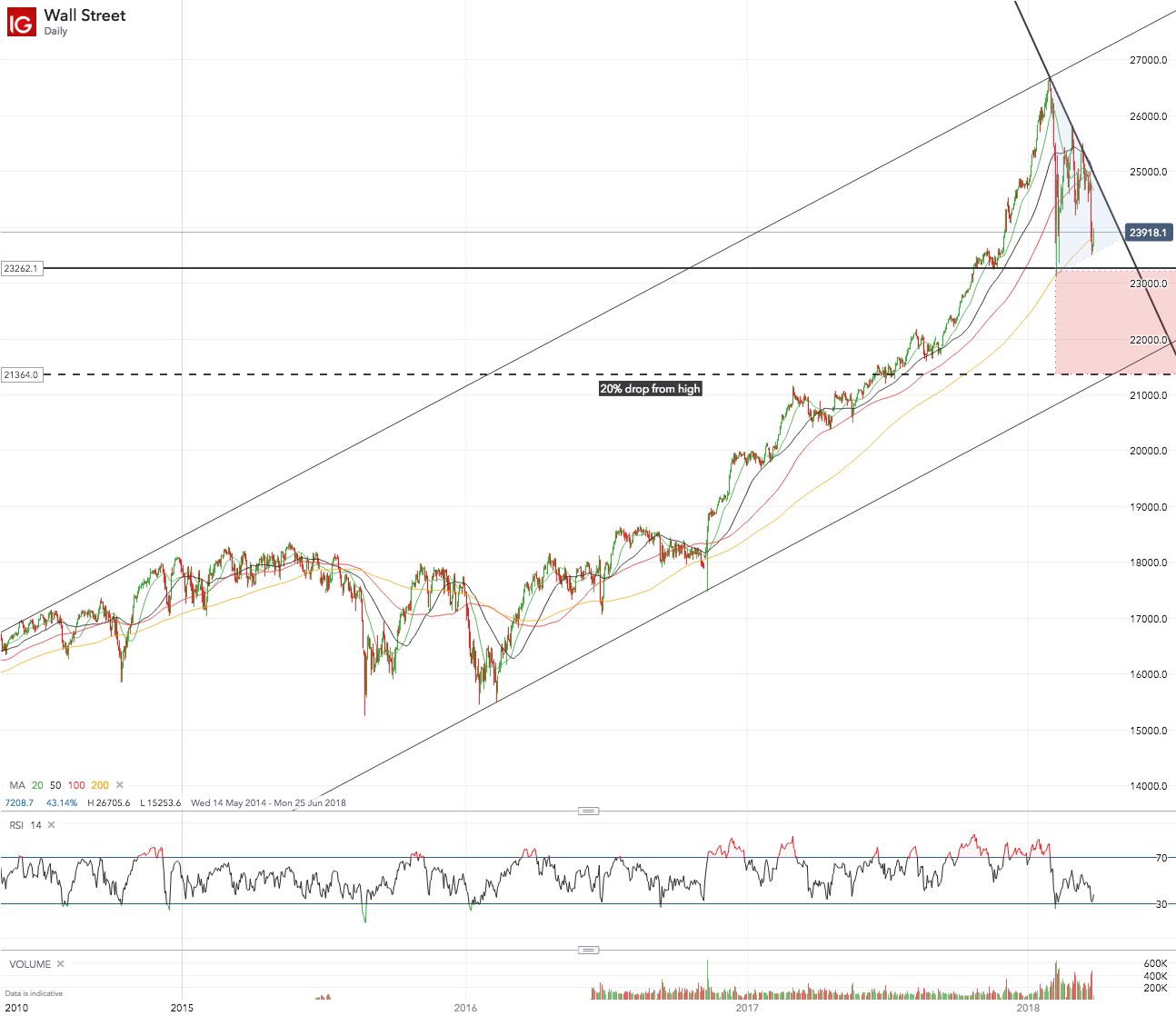 An inability to break through the downward resistance line, and more importantly a failure to hold support around 23,000 will see us in in the red zone. At the bottom is a key threshold around 21364 – representing a 20% drop from the Dow Jones record high. Should that be breached, things get grisly as a 20% drop over multiple indices for a period of two months is considered entry into a Bear Market. 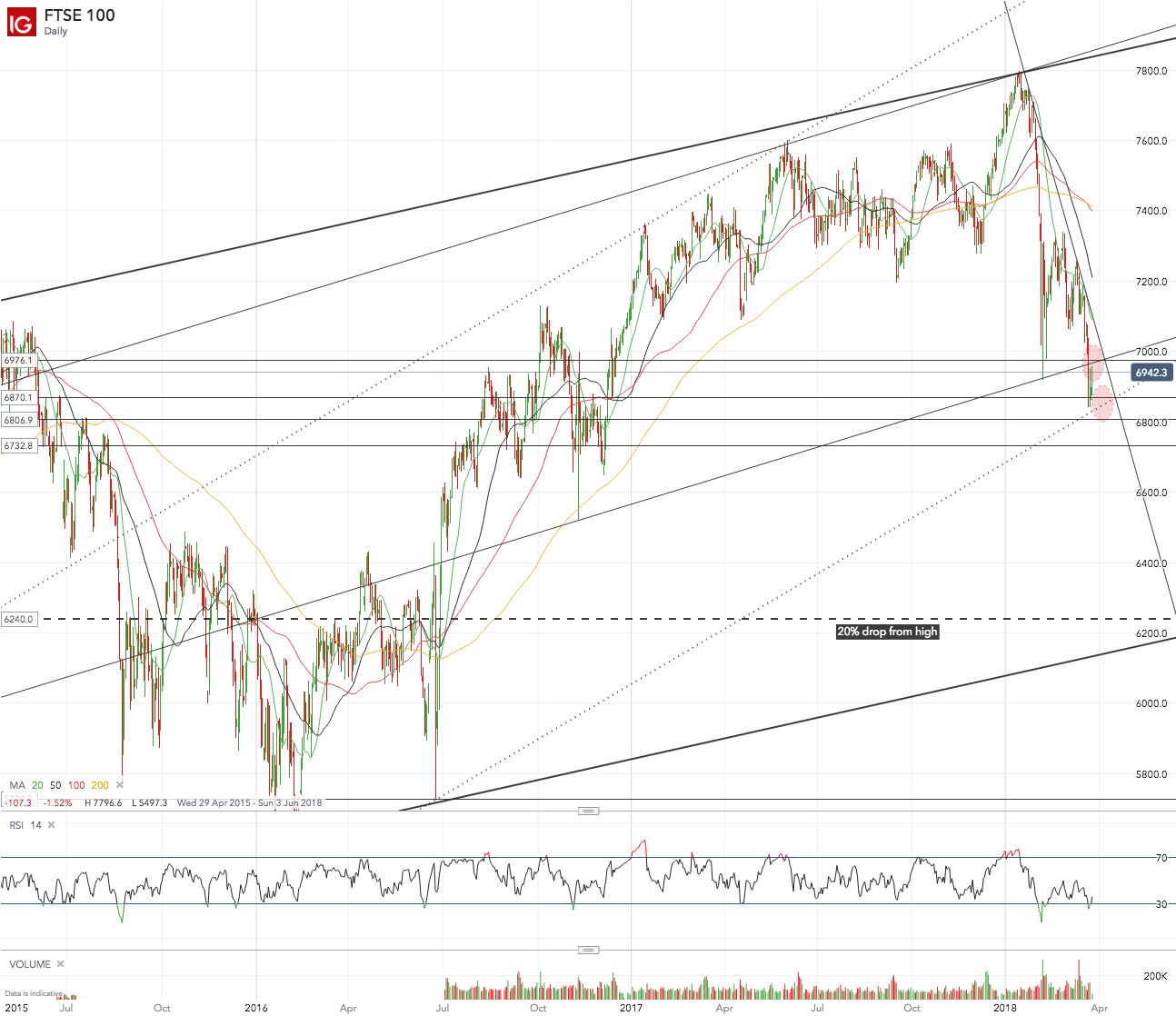 In London, the FTSE100 looks pretty grim too. The index just clipped the 2nd Zone I had marked for a potential bounce, but I’m again not convinced by the strength of its move. The FTSE100 never got to rise exponentially quite like the US markets did, so a 20% drop here will feel relatively deeper. That level is around 6240 and with the price action increasingly distancing itself from its Moving Averages, there’s not that much to cling on to, but hope.