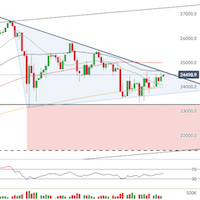 There is some renewed optimism in the air with markets moving positively over the past few days. Having survived several close encounters with the jaws of a continued correction, indices are once again knocking on important resistance levels. 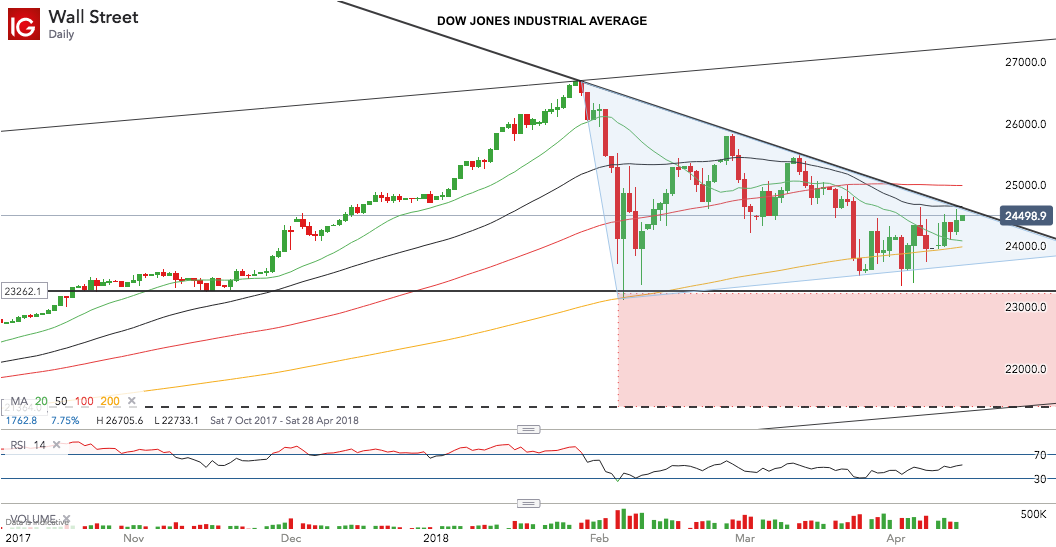 The Dow Jones Industrial Average (DJIA) is about to have another go at diagonal resistance formed from the previous highs since its peak in January and it looks like a decent setup with the Relative Strength Index (RSI) just nosing above 50, providing much headroom for a significant move if the wind is in the right direction. 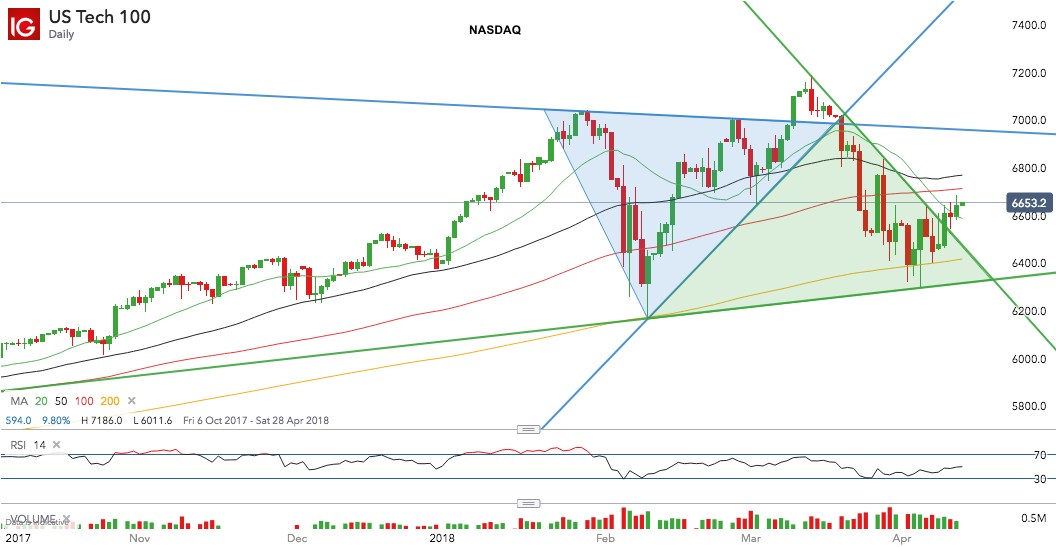 The Nasdaq positively broke up through its diagonal resistance earlier this week and is now considering an area of resistance around 6650 – again the RSI is perfectly poised. It does, however, have it’s 100- then 50 Day Moving Averages (DMA) to tackle immediately after. 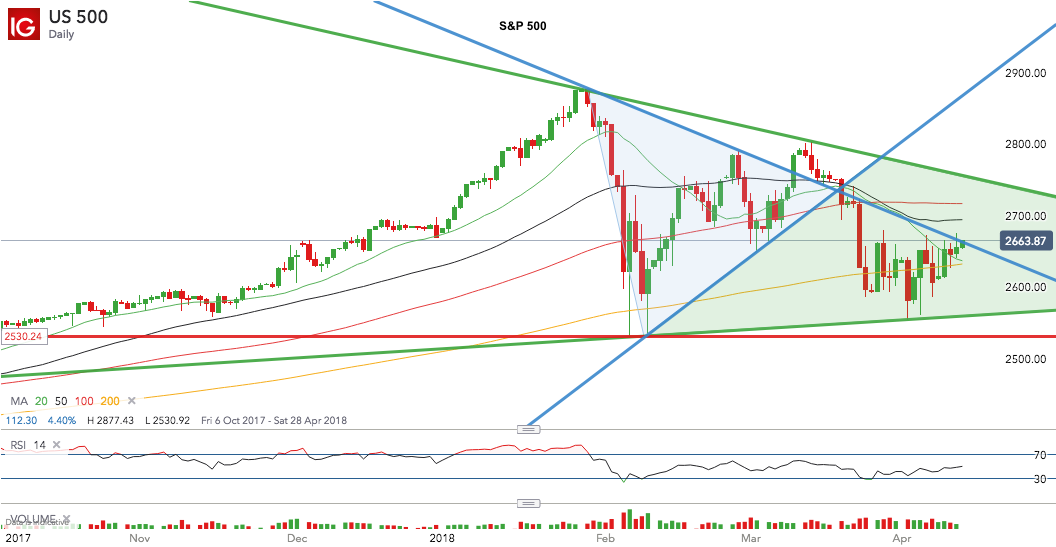 As I write, the S&P 500 is perched on a previous (blue) diagonal resistance line, having taken a look over the fence yesterday – a close above will likely result in a run-up to the top of it’s new (green) triangular formation, via its 50 and 100 DMAs. 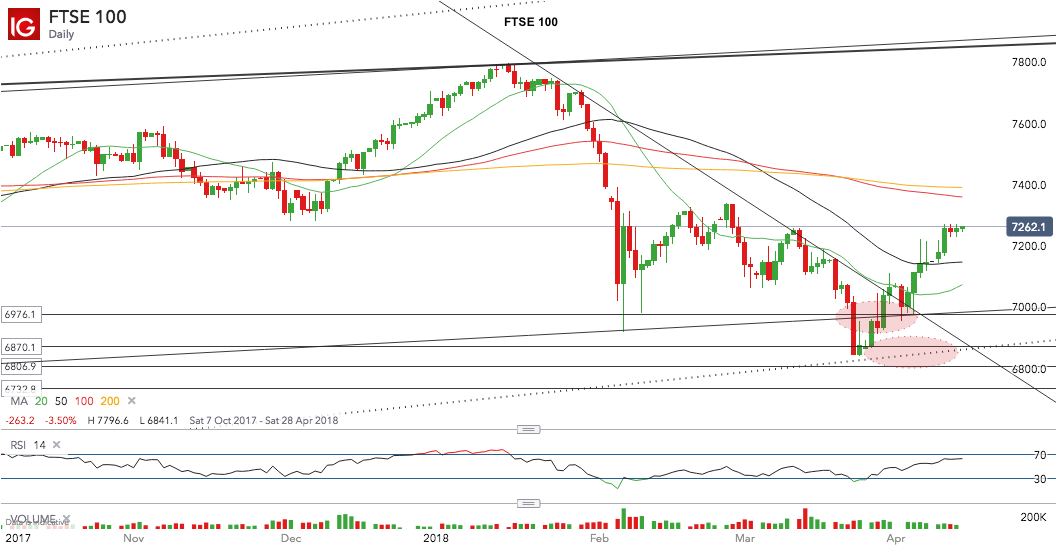 In Europe, the FTSE 100 has had a decent 350 point run from recent lows in March. The index has reached the level of it’s last relevant high, and a close above will be very positive leading to it heading back to meet the 100 and 200 DMAs. Failure to close above this recent high will indicate continued downside could be on the cards. 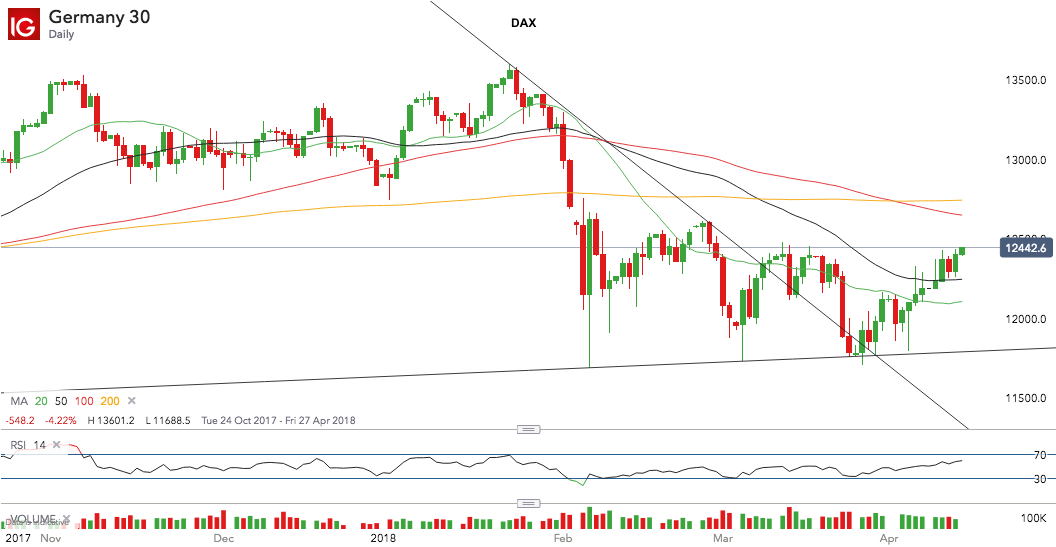 The German DAX is in an identical position to the FTSE100, taking on a recent high. In both cases their respective RSI’s are in the bullish low 60s zone. 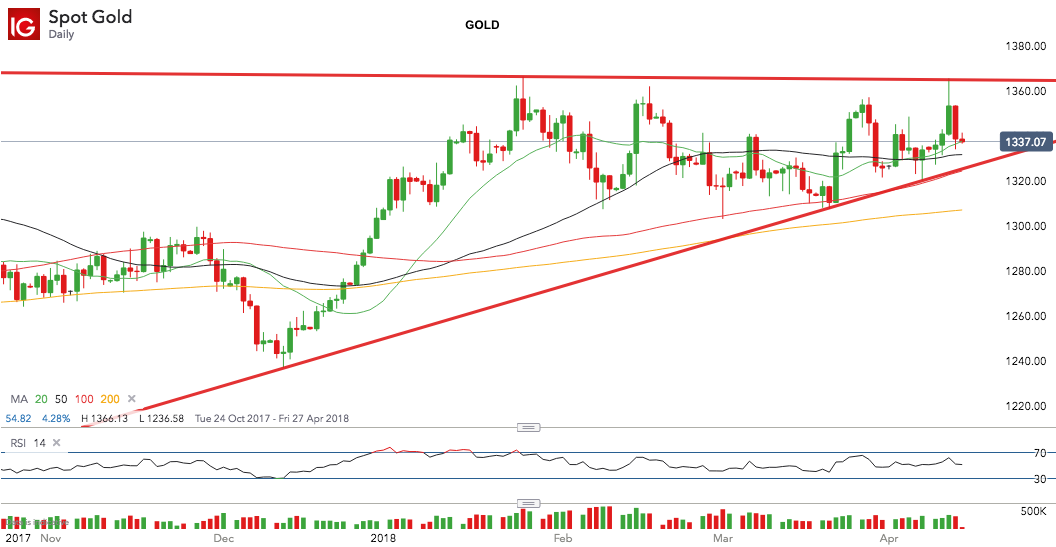 Finally, it’s worth mentioning Gold which has been making bullish moves this week with an attack on its horizontal resistance level of $1365. It’s trading in a textbook ‘Ascending Triangle which in itself is generally a very bullish pattern. I suspect the precious metal’s direction will largely be decided by the next moves of the market indices, with a breakout achievable on any weakness in the global markets bullish mini-rally.