Anglo African Oil and Gas (LSE:AAOG) has provided an update on the workovers of TLP-101 and TLP-102 this morning. Post workover, TLP-101 has produced between 80-90 barrels of oil over a 5-day test, an increase of 120%. The well has now been temporarily closed and the company is performing a pressure build up before getting the well back into stabilised production. Anglo African will make a further announcement regarding production levels from TLP-101 once the well has been fully brought back on line.

Meanwhile, the TLP-102 well was produced to surface with the aid of Nitrogen lift leading the company to assume contact with the reservoir has now been made, and investigation is underway to ascertain the best method by which to produce from the well. 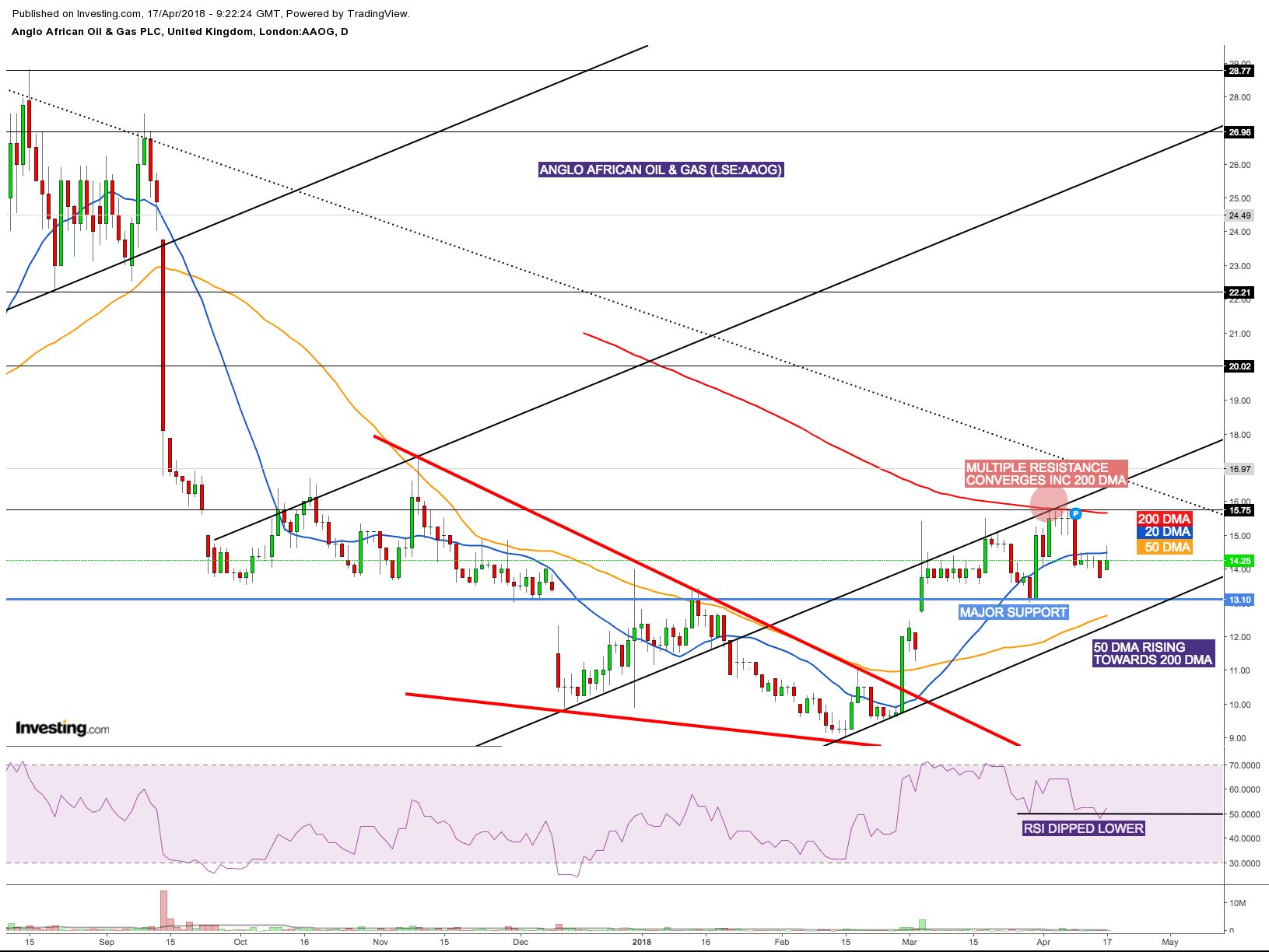 At the time of writing the share price is up 4.55% to 14.37p. The Stock has been consolidating in a range between 13-16p over the past six weeks with one check-back confirming support at 13p and an attempt on resistance at 15.75p. Although positive, today’s news may not be enough to drive the share price past Resistance levels.

The company has suggested the additional works on TLP-101 will take five days, so an update will likely follow soon, which leads me to believe swing traders who like the story will generally hold position. In any case, 13p should provide decent support with the 50 DMA rising quickly to cover it’s back should it be needed – there’s also the bottom of the current trend channel offering additional protection.

The upside here is significant, with the drilling of TLP-103 being the main focus for many invested. Further good news on TLP-101 and TLP-102 and any confirmation Anglo is generating cashflow should get the share price moving in the meantime. As with most oil plays, there are plenty of risks due to the potential of operational failures, but I would argue the Risk/Reward ratio is slightly more favourable after today’s news indicating work in the field is starting to yield positive results.