Xtract Resources (LSE:XTR) fell to near all-time lows this afternoon after it released its quarterly Alluvial production update. Total gold production for the Manica Concession was down from 1279oz last quarter to 1200oz to the end of March. Operational costs attributable to Xtract were slightly up, at $107,200, while income has increased significantly from $87,200 to $133,200 this quarter.

Colin Bird, Executive Chairman said: “Alluvial production in the first quarter was disappointing, although real progress was made which was frustrated by prolonged heavy rains. One alluvial mining contractor was partially able to combat the effects of rain, whilst the other alluvial mining operator (using traditional alluvial processing methods) was unable to produce for a significant part of the quarter. We continue to address key areas of performance and we expect improved results month-on-month.”

Chartwise, it’s evident from the weekly chart that the past two years have been a near wipeout for shareholders riding the stock down. As the daily chart shows, the stock price broke out of a Falling Wedge pattern a week ago, reaching a high of 2.85p. Today’s news has been followed by a strong bounce off 1.85p and may offer believers of the Xtract story an opportunity to enter. However, as the infamous trader saying warns ‘never try to catch a falling knife’ and it’s wise to approach cautiously. Once an initial bounce settles it can be prudent to observe share price movements for a few days in case it turns out to be a ‘dead-cat bounce’. 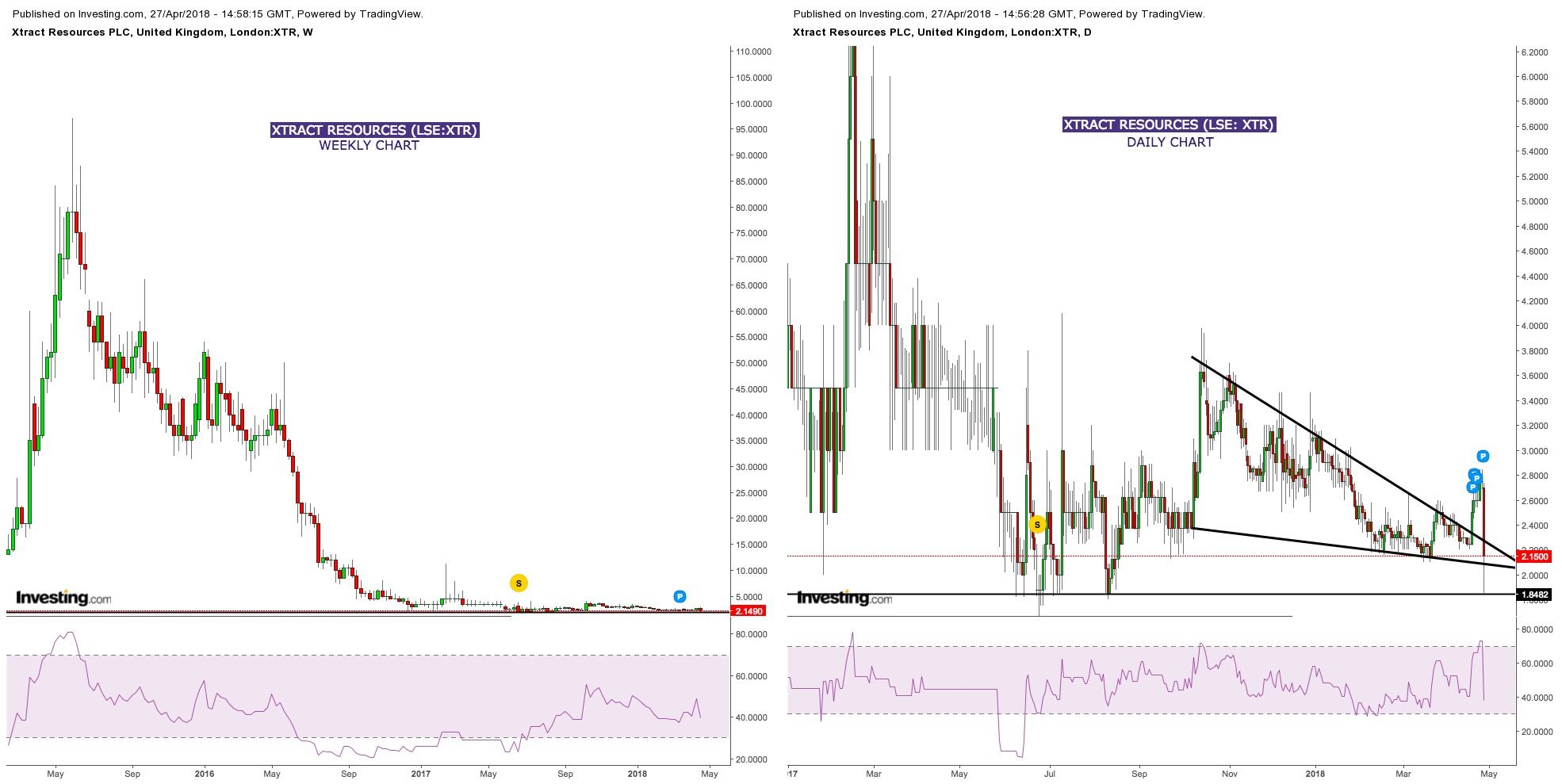