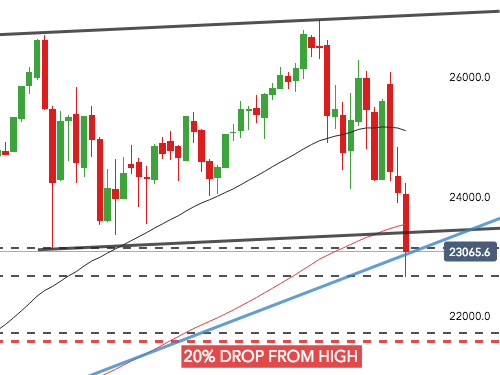 The FTSE 100 broke new highs last week and appears to be comfortable at this level having checked back on Friday. As I write the index sits at 7821, and the 50 Day Moving average (DMA) at 7379 is making a charge at the 200 DMA, currently sitting at 7418. A crossing of the 50 over the 200 DMA, called a Golden Cross, is a very bullish signal and usually implies a strong continuation of an upward trend.

It’s been nothing short of an epic run from the recent correction low of 6846 and the Relative Strength Index (RSI) is very hot at 81. At some point a pullback is likely, so where are the resistant candidates?

I see three main channels of interest providing potential sticky spots to halt this current run. The first is shown on the chart in red and is produced from a strong trendline formed of highs in 2014 – that might offer resistance around 7880. With the current strength of the move and a Golden Cross in sight, I expect this zone to be broken. Next, the blue channel, formed from the 2 most recent tops, implies a top a slow down at 7910. Finally, there is the green channel, which touches a couple of recent highs and can be further validated by its connection of the 2 main lows of the past 3 years. At the current trajectory, that might be met at around 8200. It would take some defying of gravity to continue this run with such vivaciousness, but anything and everything is possible. Lastly, let us not forget the round number – will 8000 stand in the FTSE 100’s way? 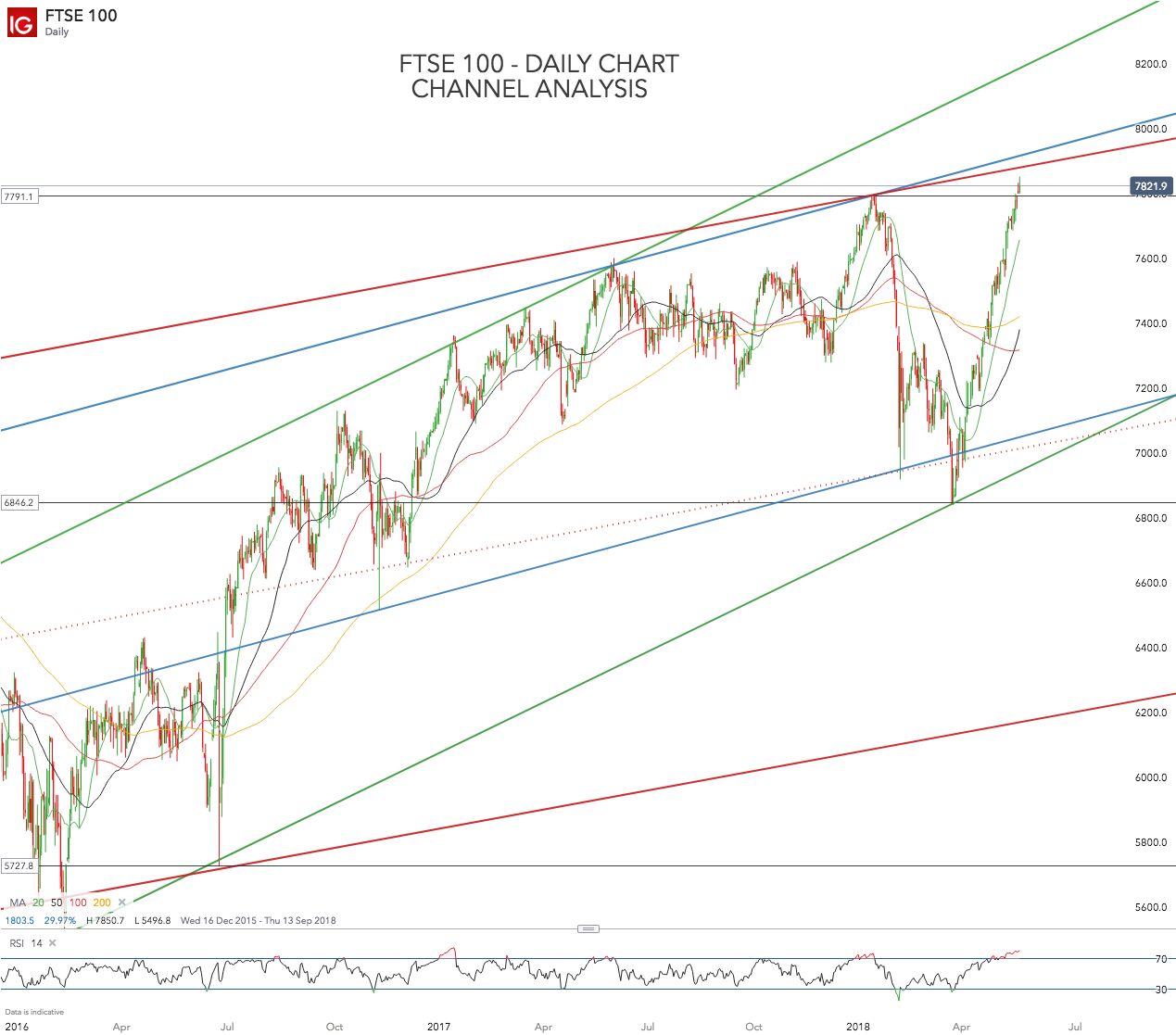