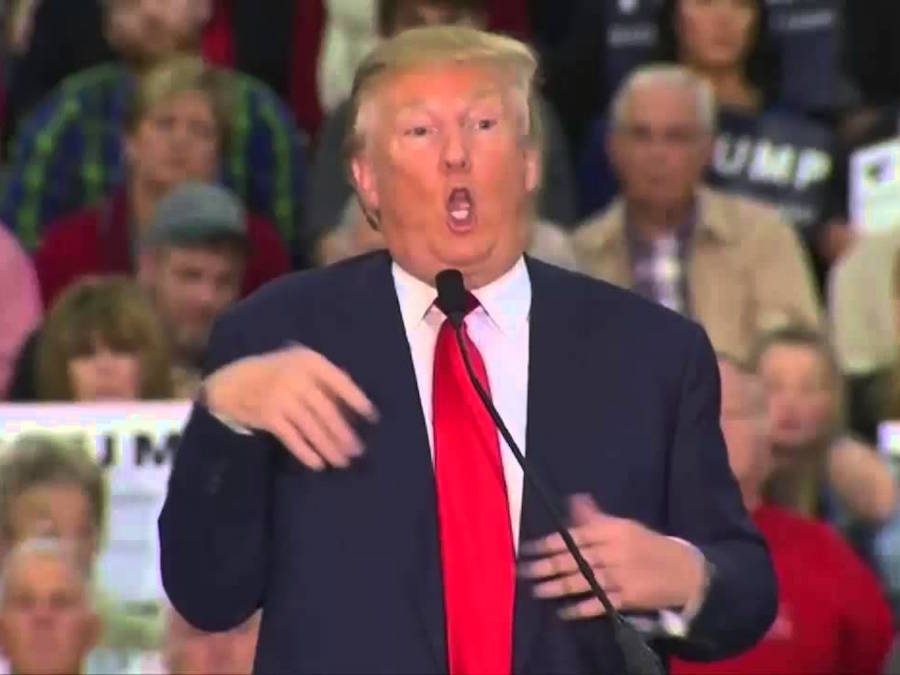 Last week saw President Donald Trump take the highly unconventional step of publicly criticising the Federal Reserve’s approach to monetary policy, accusing it of potentially disrupting the recovery of the US economy. With the comments marking yet another violation of the Fed’s independence by Trump’s administration, there is a mounting risk that the central bank is becoming a politicised machine rather than representing US interests.

In an interview with CNBC last week, Trump said he is ‘not thrilled’ about the Fed increasing interest rates in response to policymakers signalling that they may make four interest rate increases this year up from three. In the interview, he added: ‘Because we go up and every time you go up they want to raise rates again. I don’t really — I am not happy about it. But at the same time, I’m letting them do what they feel is best. But I don’t like all of this work that goes into doing what we’re doing.’

The comments were met with broad concern, with markets, the dollar, and Treasury yields all falling shortly after the airing of the interview. Indeed, the White House was even pressured into quickly releasing a statement claiming Trump did not mean to influence the Fed’s decision-making process.

In a statement that sounds like Trump himself wrote it, his administration wrote: ‘Ofcourse, the President respects the independence of the Fed. As he said he considers the Federal Reserve Board Chair Jerome Powell a very good man and that he is not interfering with Fed policy decisions.’

That’s as maybe, but this is not the first example of Trump interfering with economic policy. As recently as last month, he faced heavy criticism for breaking with years of protocol when he commented on the latest US jobs report an hour before its official release.

The unusual moves spread deeper into his administration as well. Earlier this month, Larry Kudlow, director of Trump’s National Economic Council, said he hoped the central bank would ‘move very slowly’ when asked if the Fed might undermine the economy with too many rate hikes. Likewise, in March, Kudlow said: ‘The Fed’s going to do what it has to do, but I hope they don’t overdo it.’

The Fed can influence the economy like no other entity, and, as it stands, its mandate is to foster the economic conditions that lead to maximum employment and stable prices. To do this, in summary, it cuts interest rates to stimulate economic activity and raises them to cool it.

Since getting into power, Trump has ushered in numerous business-friendly measures including a corporate tax rate cut from 35pc to 21pc late last year.These have led to strong stock market gains, high inflation rates, and rapid economic growth, which is now on pace to reach nearly 3pc in 2018.

As a result of this growth, Fed chair Jerome Powell – whose appointment many notably accused of smacking of political favouritism – has said the economy is not strong enough for Fed to continue normalising rates. However, in recent history, increasing rates has caused growth to slow so much that the economy has tipped into recession. This is the last thing any politician wants, let alone one as self-promoting as Trump.

In response, Trump’s administration has argued that raising rates too quickly will put the US at a disadvantage as counterparts like the European Central Bank and the Bank of Japan maintain loose monetary policy. Likewise, Kudlow has argued that policies like tax cuts and deregulation are lowering costs for businesses and creating incentives for them to invest.  He says this is starting to enable the economy to grow with less risk of inflation.

According to the New York Times, past presidents have gone so far as to try to put people on the Fed’s board who share their view of monetary policy to influence the central bank’s decision. With four spots currently free on the Fed’s Board of Governors, Trump’s recent comments suggest there is a risk that he could take a similar approach, creating a central bank that has its hand firmly forced towards his agenda.

Regardless of who turns out to be correct in their assessment of which direction the US economy should head, the idea of the Fed losing its independence throws up numerous concerns.

As it stands, the president does not ratify the Fed’s financial decisions, it does not receive any funding from Congress, and its staff do not serve terms that coincide with the government. The idea behind this is that the Fed is protected from short-term political pressures and cannot be influenced by politicians looking to boost the economy ahead of elections for their own gain. In theory, this allows it to appropriately address long-term economic objectives and execute policies that are in the public interest despite not necessarily scoring political brownie points.

The bottom line is that if Trump destroys this independence by attacking the Fed and infiltrating its board, it could become less sensitive to real-world issues and more focused on ‘Trump issues’. With the Fed already arguably being under the influence of Wall Street, this sort of politics-driven short-sightedness could end in economic disaster.

As Sheila Tschinkel, former Resident US Treasury Economic Advisor in several Eastern European and Central Asian countries,put it in a recent article for The Conversation: ‘The Fed, certainly, could do a better job communicating what it does to the public and helping it understand how and why forecasts change as well as how ongoing innovation may affect its decisions. But relying on politicians who worry mainly about getting re-elected is not the way to do this.

‘The Fed uses many different models of the economy and also assesses a ton of anecdotal information on evolving conditions in making policy decisions. Relying on an elected official like the president to make these decisions would not work. Nor would observing the Fed at work in real time or having Congress audit its policy procedures.’