It’s been a rocky ride for shareholders of Amerisur Resources (LSE:AMER). The stock has appeared to have found it’s bottom on a number of occasions only to drift lower. The Newsflow has generally been positive over the past twelve months as the company rebuilds its production output yet the share price chart is yet to reflect progress. Since it’s dramatic decline in 2015 when the whole oil industry suffered, the Amerisur share price has been coiling into a falling wedge pattern.

Today the stock bounced off all-time lows at 13.4p. Holding this support, together with an ever-tightening range of price movement, suggests a trend change might be forthcoming. The Relative strength Index (RSI) also concurs with a potential turnaround here, having not dipped below its previous low. First major resistance is to break out of the falling wedge pattern, currently somewhere around 18p, afterwhich 22p is horizontal resistance. Typically, longer-term targets are deemed to be the same height as the falling wedge pattern which would indicate 39.5p might be achievable for the patient. Of course, this will only be a possibility if the fundamental story remains supportive. 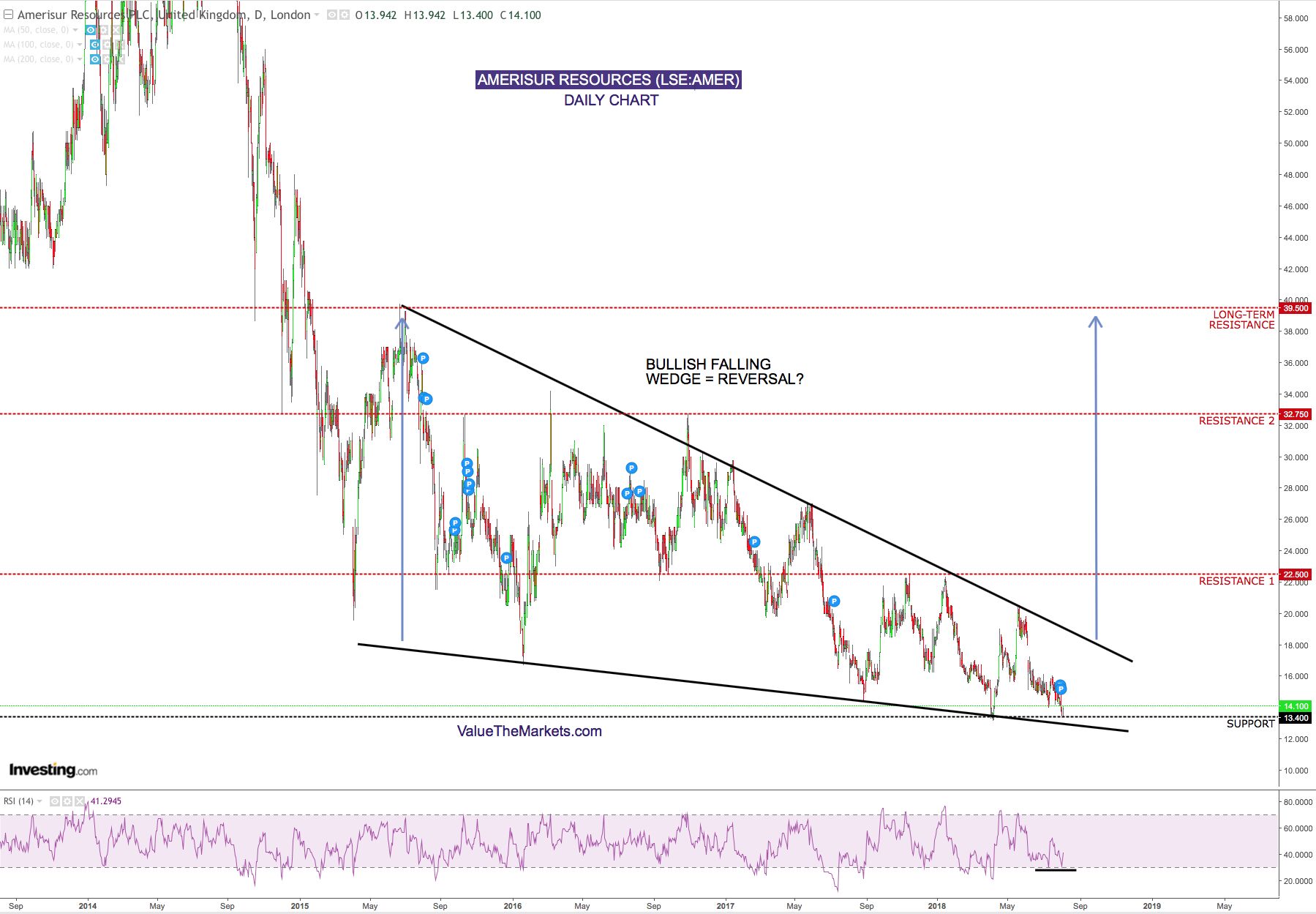 Disclosure:  The Author holds a position in the stocks mentioned in this piece.