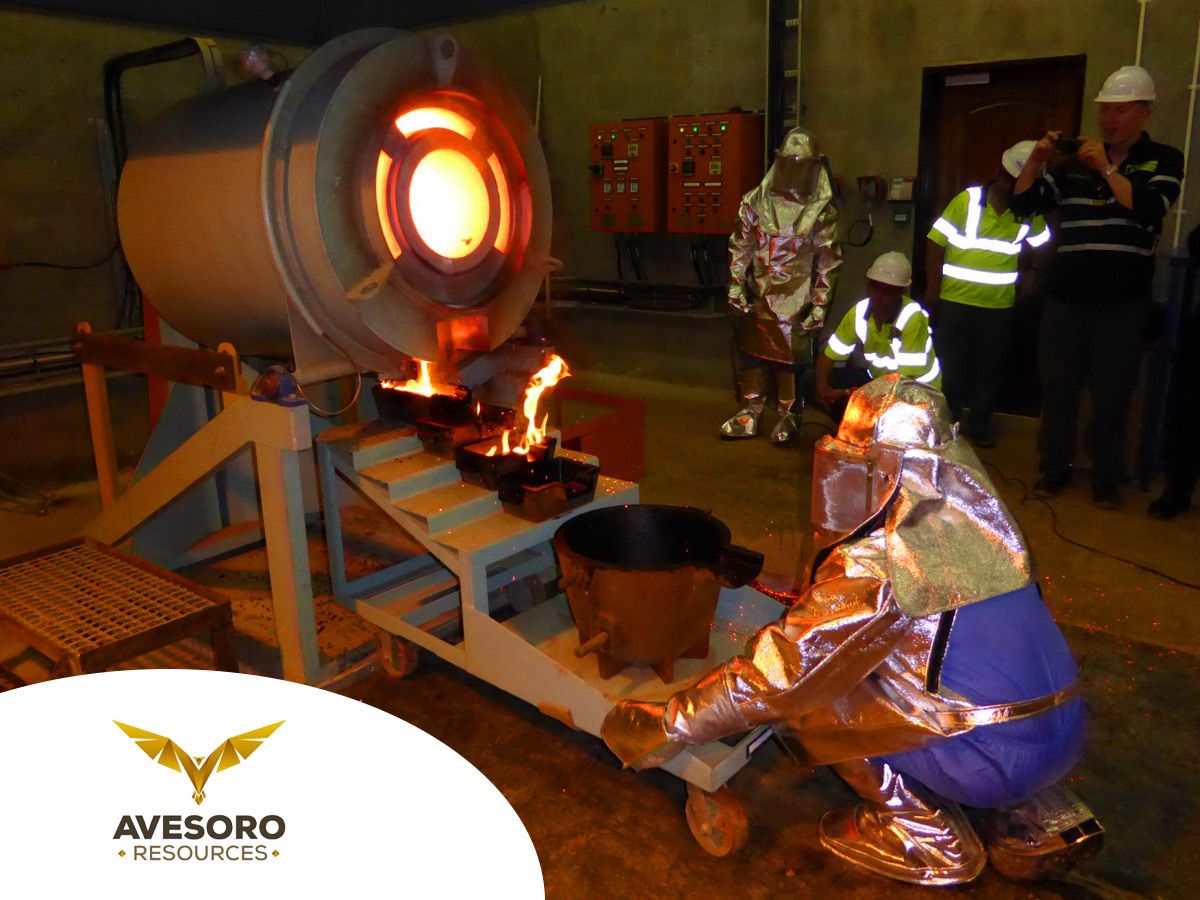 Operating cash flow rose to US$47.9m compared with an outflow of US$7.4m in H1 2017, leaving the company with a cash balance of US$12m at the end of the period.

Production and revenue figures for Q2 were around 10% lower than Q1 ‘as a result of planned lower grades at the Youga mine’.

‘Following a particularly strong Q1 2018 performance, the Youga mine is now performing at a normalised production rate. New Liberty’s performance continues to improve with a further seven percent increase in gold production during the Quarter and unit cost reductions in all key areas of operations.’

‘Both New Liberty and Youga are performing in line with expectations helping the Company to generate US$47.9 million in cash flow so far this year.’

The company expects to see further improvements in unit cost performance in the second half of 2018, as mining volumes increase following the commissioning of additional heavy mining equipment at both New Liberty and Youga.

Increased plant throughputs have been enabled through optimisation of plant processing activities undertaken during H1 2018.

In addition, Umurhan explains: We continue to make good progress with our substantial exploration drilling programme across both Liberia and Burkina Faso, with 89,900 metres of diamond drilling having been completed across our portfolio so far this year, representing 52% of the full year budget.’

‘We now look forward to delivering another strong performance in the second half of 2018 and we maintain our full year production guidance of 220,000 – 240,000 ounces of gold at an all-in-sustaining cost of between US$960 and US$1,000 per ounce sold.”

Following a 29% increase in Mineral Resource and Reserves for Youga announced during Q2 2018, the Company’s drilling campaigns continue to progress in both Liberia and Burkina Faso with 89,900 metres of diamond drilling completed during H1 2018. Aversero now looks forward to further updating the market on the results of its Mineral Resource upgrade work at New Liberty during Q3 2018 and its infill drilling campaign at the Ndablama deposit during Q4 2018.

The acquisition of the Youga and Balogo gold mines triggered the start of a re-rate of Avesoro’s valuation with the share price rising from end-of-2017 lows of 180p to hit 293p in May. Since then the stock has retraced to its current price of 240p.

Stocks rarely go up in a straight line, but the pullback has arguably been amplified against a backdrop falling gold prices over the past few months. If support at 240p doesn’t hold, I expect the 200 Day Moving Average (DMA) will likely catch Aversoro at around 231p. 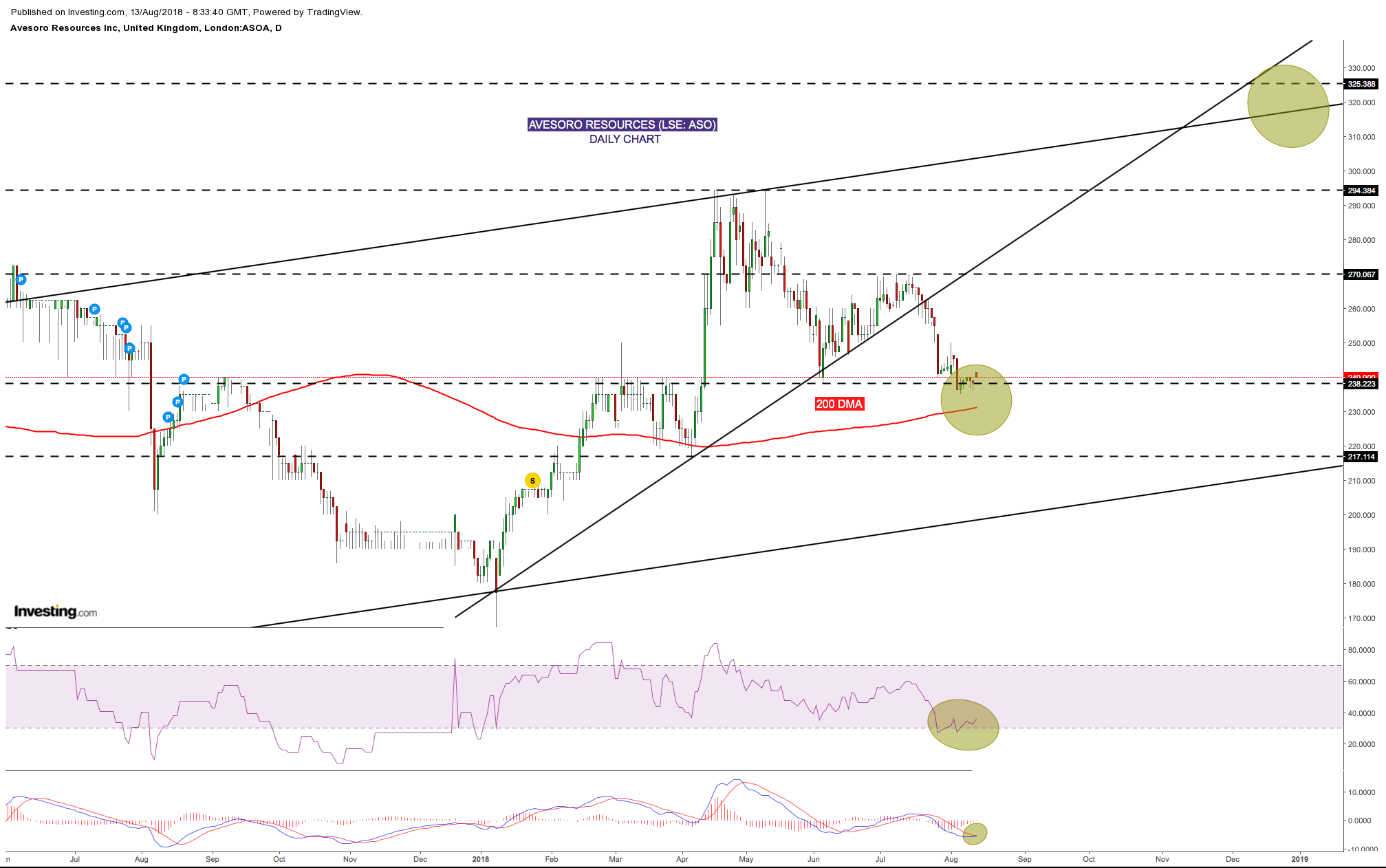 The Relative Strength Index (RSI) indicates the stock is oversold and this period of consolidation may underline support at 240p ahead of a continuation of the share price’s move northward. Another indicator, the Moving Average Convergence Divergence (MACD) is also hinting at a potential turnaround here.

With gold now experiencing peak short positions, and, it’s best annual performing month nearly upon us – September – a reversal could be imminent. Now might be the time to catch any upside in the gold price via this expanding, cash generative gold producer.